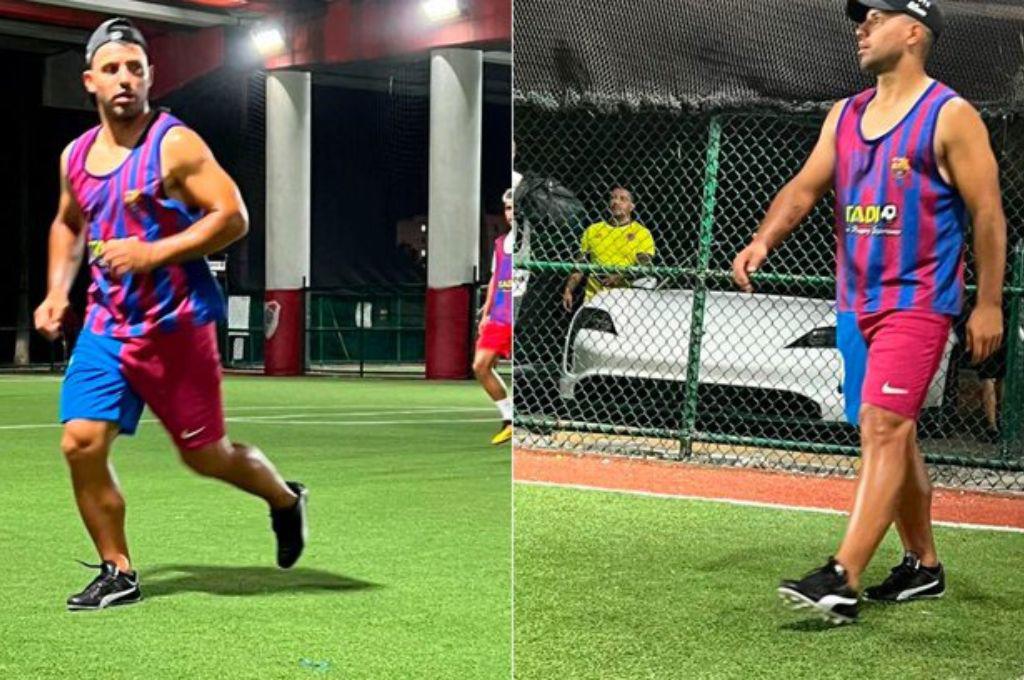 So glad to see you again Kuni! Sergio Agüero returned to football after seven months that he played as a professional. The former player of FC B

So glad to see you again Kuni! Sergio Agüero returned to football after seven months that he played as a professional. The former player of FC Barcelona and the Argentine National Team, who had to retire prematurely due to heart problems.

The Argentine put aside the celebration of his birthday and played an informal game in the United States dressed in FC Barcelona clothing in front of River Plate fans.

Kun was very participative, he wore number 8 and shorts with number 19 that remained from his time at the Blaugrana entity. The Kuni has just turned 34 years old.

Agüero was only able to play five official matches with Barça before having to say goodbye to football due to his heart problems. His only goal was scored against Real Madrid.

Tags: return
“I have to be 5 or 6 months without activity”
Tiger and Charlie Woods shone at the PNC Championship
Bernardo Espinosa’s Girona returned to LaLiga of Spanish football
FOOTBALL 2703

Loading...
Newer Post
World Cup 2022: The day that Bilardo ended Valdano’s ‘Superman complex’ and did not bring him out of retirement for the World Cup in Italy
Older Post
NBA Finals 2022: The historical data that ensures that the Celtics will win the ring