He started with Valencia against Celta, played 70 minutes and showed plays with his label 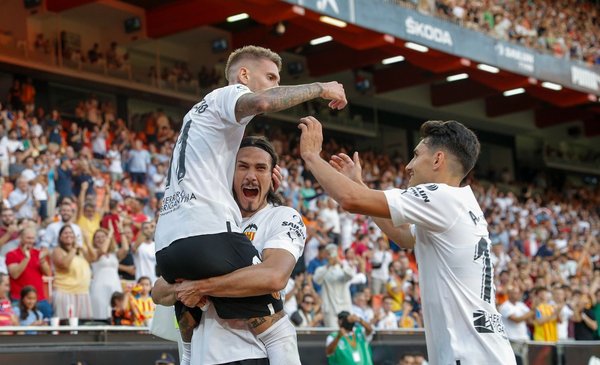 Uruguayan striker Edinson Cavani started this Saturday in Valencia in the 3-0 win against Celta de Vigo.It was a real surprise from the team's Ital

Uruguayan striker Edinson Cavani started this Saturday in Valencia in the 3-0 win against Celta de Vigo.

It was a real surprise from the team’s Italian coach, Gennaro Gattuso.

It is that the salteño did not play football for clubs since last May 22 when he defended Manchester United for the last time.

After so many twists and turns with his pass, Cavani was able to sign with Valencia and although he was summoned for the first time on the squad for this match, everyone was surprised that he was the starter.

Beyond that, the Uruguayan participated in some plays with his label.

In addition, he showed that he is very well from the physical point of view, beyond what was the prolonged stoppage he had on the courts.

Cavani did not have shots on goal, but he did add plays and, most importantly, he spent 70 minutes on the pitch, something he needs a lot to start gaining rhythm for the national team ahead of the 2022 World Cup in Qatar.

In the club that was among those mentioned, for the first time, Edinson Cavani, who, as reported by Refereespoke with coach Diego Alonso to not be part of the group of the Uruguayan team that will play two games against Iran and Canada, the next 23 and 27 in Austria and Slovakia, respectively, so he dropped out of the call.

This Saturday, before the match, Valencia uploaded an enigmatic tweet in which he showed a smiling photo of Cavani.

In the text of the same it expresses: “It knows things”.

Finally, the Uruguayan returned to play a soccer game after almost four months and satisfied the Mestalla fans, who applauded him a lot when he left.