He was champion in Miami and now he has another dream: “I am going to make Chileans stop watching soccer and start watching MMA” 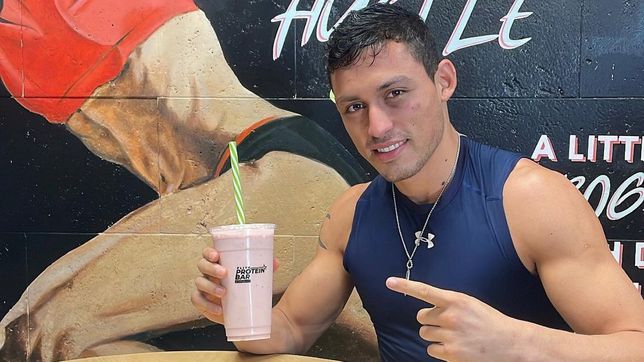 Last June 25 was a glorious day in the life of Cristóbal Ibáñez. The Chilean MMA fighter won the welterweight title in the Miami Premier Fight Lea

Last June 25 was a glorious day in the life of Cristóbal Ibáñez. The Chilean MMA fighter won the welterweight title in the Miami Premier Fight League, a circuit that grows every year in the United States. He did it thanks to a second-round TKO after a highly contested start.

Two weeks after his achievement, Ibáñez shares his feelings with AS Chile, a media outlet he also attended in the run-up to the fight.

“The hours before the fight were pure mentalization. Since I woke up in the morning, I visualized the fight a lot. I felt confident, I knew that I had to trust what I had trained because I had done very well. If you don’t trust everything you did during your preparation, it kind of loses its meaning. It was calm. I felt adrenaline before the fight, because it is an intense moment, but with the cold mentality that everything was going to turn out well”, Ibáñez tells AS from the United States.

– What did you feel when you entered the cage in those minutes before the fight?

– I felt that this was the moment and that I had to let go and trust each one of the training sessions and let the body react on its own. I felt that conviction. Before the fight, I looked at my opponent and stared at him. We looked at each other, they were intense moments, because they took a break and we spent five minutes looking at each other directly, without looking away. Until one moment, he looked down and I said: ‘I got it’. I kind of saw him crack a little bit. And from then on it was like letting my reactions be natural.

– How would you describe the fight you had?

– The first round was very close. My rival was very good, strong. He was bigger and heavier than me. He knocked me down and I was able to do the same. I was able to control the fight on the feet, which is with punches and kicks, so he tried to take me to the ground at all times, because I knew that if he could connect it, that was one of the ways he could lose. I defended myself in the blows of the floor. In the second round, I came in and hit him first with a takedown and then we stood up and I jabbed and hit him with a right hand, which was the beginning of the end for him. He got dizzy, I took him to the fence and I kept hitting him, he was really bad. He tried to stop, but the referee stopped the fight. It was a technical knockout.

– And the atmosphere of the fight? How did the public react?

– The atmosphere was the raja, because I had a bigger bar than ever. It was full of Chilean friends who live in Miami, my best friend was there too. In the fight I didn’t hear anything, because my mind was only fighting, but when it was over, I looked at everyone screaming. It was exciting for me, because I knew there were people celebrating with me in Chile and that’s what I want. Then they sent me videos of other people watching the fight and when I won, everyone got up. That’s what I basically want to do: I’m going to make Chileans stop watching soccer and start watching MMA. That is one of my goals.

– What’s next for your career?

– After winning, they ask you to defend the title. I will leave Miami to prepare and come back even better.

Who is Amanda Nunes, the UFC Bantamweight Champion?
Michael Morales fight against Trevin Giles, scheduled in the stage of the first preliminaries of UFC 270 | Other Sports | sports
Sean O’Malley thinks Dan Hooker deserves to be more popular in MMA
UFC/MMA 1082

Loading...
Newer Post
“A 17-year-old boy in Brazil plays in the first team and here a 21-year-old does not secure a position”
Older Post
NBA Draft 2022: Jabari Smith, the one chosen by the Houston Rockets with the third pick