‘He was poor and needed to eat’; Pacquiao made his illegal boxing debut 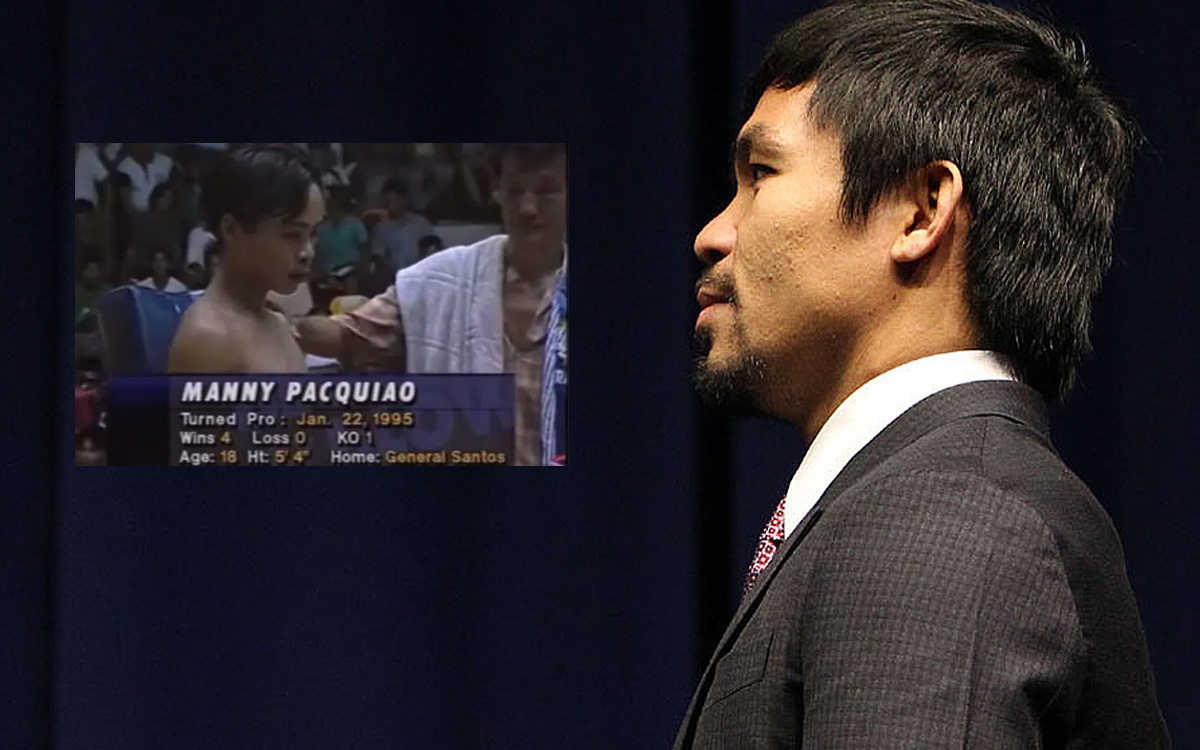 One of the best boxers in history began his career illegally, as Manny Pacquiao himself revealed that to make the leap to professionalism

One of the best boxers in history began his career illegally, as Manny Pacquiao himself revealed that to make the leap to professionalism he had to lie and use a false license, as poverty led him to commit this act.

Pacquiao established himself as one of the best pound for pound in boxing, as the power in his fists took him to the top, however his beginnings were complicated, since he did not have the resources to train properly.

Manny Pacquiao relates in his autobiography &#8216;Pacman: My Story of Hope, Resilience, and Never Say Never Determination&#8217;, that at the age of 15 Polding Correa, a businessman from the city of Malabon, sought him and other prospects to travel to Manila and debut, where the first complication would be that he had to pay for his plane or boat ticket.

Pacquiao was poor and the plane ticket cost $ 80, while the boat was $ 50, an amount that he did not have so he thought his dream would be truncated. Abner Cordero and Eugene Barutag, who would also be traveling, loaned Manny the money to travel by boat, but another problem he would face would be his age.

In the Philippines the minimum age to be able to debut professionally was 18 years old and Manny Pacquiao was 16 at the time, so the easiest thing for him was to lie and say that he was already of legal age.

A friend helped him get a false boxing license that he only had to present to the organizers and would be registered in the function, so with fear of being discovered, he did it and it turned out well, because he had no problems and so he appeared in January 1995.

Pacquiao won the fight by decision of the judges, which was four rounds; Edmund Enting Ignacio was Manny&#8217;s first professional rival and after this he dedicated a message to his mother.

“I was poor and couldn&#8217;t help my family. Sometimes we didn&#8217;t have enough to eat and it made me sad to see my mother like this, but everything would change for us. After the fight I was happy. Now, I can already eat three times a day, ”he wrote.

Tags: Manny pacquiao, biography Pacquiao, fake license
Boxing: Pacquiao equals one of Mayweather’s great records if he beats Ugs
Pacquiao revealed that he made his boxing debut illegally: ‘He was poor, he wanted to eat’
Boxing: Yordenis Ugs: “Pacquiao’s is the most important fight of my life”
BOXING 1352

Loading...
Newer Post
Analytics, the (not so) new name of the game in the NFL
Older Post
New signings: Greg Monroe, Anthony Tolliver and many more