“He would not have rejected Madrid” 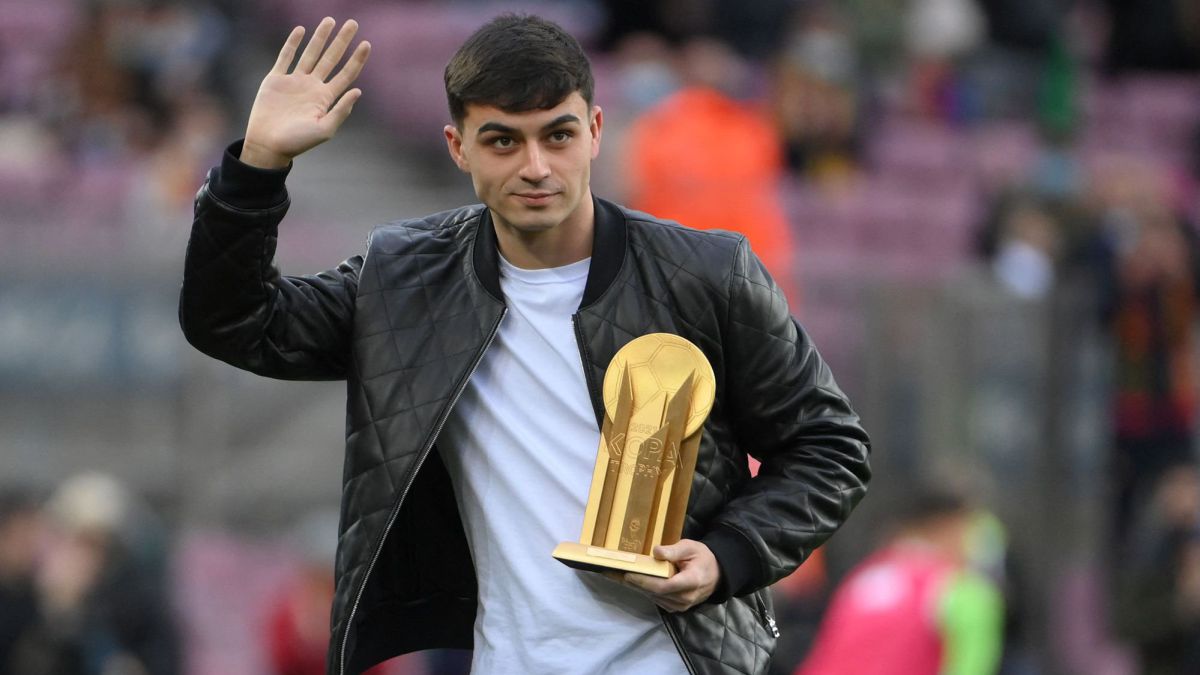 Pedri won the 19th 'Golden Boy', an award that 'Tuttosport' bestows on the best Under-21 player in the world. The canary succeeded Haaland obtaini

Pedri won the 19th ‘Golden Boy’, an award that ‘Tuttosport’ bestows on the best Under-21 player in the world. The canary succeeded Haaland obtaining 24 votes out of 40, an unprecedented success to which the azulgrana responded humbly: “Well, it’s not my ‘fault’. I thank the jury for that.”

The midfielder spoke in the Italian newspaper and praised the second in the ranking of the award: “I like Bellingham, perhaps because of his role, similar to mine, because of his style and his personality. I hope to play against him sometime, to ask for the shirt. I already have many: Messi, Cristiano, Modric, Mbappé … “

Emotion: “I learned about the award from my agents and Barça. It was a huge illusion for my family, my mother burst into tears.”

Messi: “Playing with him was a dream, I was three years old when he won the Golden Boy. He will always be a legend for Barça fans, and for me it is an honor to have received his advice. What young player would not love them from a A monster like him? He congratulated me and told me never to give up. If someone like him tells you that, what can you do, at 17, thinking that until a few weeks ago you used Messi in the play? Only one thing: obey. And here I am”.

Future Golden Boy: “I see Bellingham, Gavi and Ansu Fati well. They are very good. Ansu is my age and we have a great relationship: he is a golden boy, as well as a champion. What he has experienced this year I do not wish anyone, but he has extraordinary mental strength “.

1 billion clause: “With these figures, will not even the sheikhs of Paris or Manchester be able to sign me? I am happy like this. I was born in a Barça environment and I have crowned my dream. Let me play here until 2026, as my contract says, and then we will talk.”

Blaugrana family: “My grandfather founded the first club in Tenerife. In my house everything belonged to Barça: the sheets, the plates, the glasses …”.

Real Madrid: “When I was 15 years old they called me for a test, and that day there was a huge snowfall and it had to be postponed. The next day, in the category ‘Cadet A’, I did a light training, then I trained with another team, and again with the Cadets. A. Maybe they already had their idea about me and I had to go back to Tenerife “.

The snowfall in his test with Madrid and his grandfather: “They say that the snowfall was his fault? He died before I was born and they told me that, from up there, he did something. I believe it. However, I would not have rejected Madrid. Opportunities must be taken anyway Let’s say something happened, a rare combination of negative circumstances, and in the end they were the ones who didn’t want to sign me. Nothing happens for nothing and I had my second chance at the club of my life. “

Bananas: “They are my secret. This fruit, delicious, is one of my greatest sources of energy, for a reason it is the one used by the National Team.”

Hair: “I don’t comb it much, but I think this fringe fits me well. They will never see me with a Puyol hairstyle. I wanted to cut it even more, once I told my father, seeing Iniesta, that I wanted to cut it like him . He replied ‘no, dear, they are fine like this. Andrés lost everything … “.

European Leagues; Teams that generate the most income from sponsors
Should Diego Lainez return to America?
Pre-season football, yesterday, August 8: results and goals of the friendlies, leagues …
FOOTBALL 1142