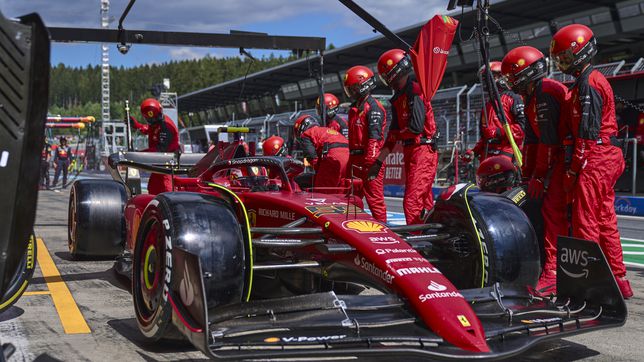 Alpine arrives at the home race, and everything indicates that it will be the last. Not because of the Alonso and Ocon team, which is in good comm

Alpine arrives at the home race, and everything indicates that it will be the last. Not because of the Alonso and Ocon team, which is in good commercial and sporting health, but because of the French GP: it is not on the draft calendar for 2023 nor will it have a place with the entry of Las Vegas and Qatar, the theoretical return of China and possibly South Africa. There are two left over, and to the game of chairs they reach the last phase, without having renewed, Paul Ricard, Spa and Monaco. The Principality has an advantage. The championship intends to implement a rotation system in the medium term so that the traditional grand prizes do not disappear completely while other more exotic options are explored.

The firm from Enstone, of English character but under the tricolor flag, has at this stage of the season the fourth car for its own merits, and that they have wasted about 50 points with breakdowns and some other inconvenience in the ’14’ car, the of Alonzo. Fernando’s continuity from 2023 is a hot topic around Alpine. There are no disagreements or anything that the usual media noise suggests, but the two-time Spanish champion pushes because he expects ambition and non-conformism against a team that occupies its best position in the World Cup since 2018, but that does not fight for victories, podiums and poles; Alonso’s goal. A clean weekend from Friday to Sunday, something unusual for him in 2022, would be a good starting point for that renewal to begin to materialize.

Up front, Ferrari recovers the best sensations of the season against a Red Bull that is less and less invincible. The Scuderia has won the last two Grands Prix; Great Britain with Sainz and Austria with Leclerc. It is true that in both cases they also exhibited their weakness, because they were unable to consolidate two feasible one-two finishes a few laps from the end due to a strategic failure at Silverstone and a mechanical failure at Spielberg. But the performance was there, the few improvements work and the F1-75, less and less prominent on Saturdays, takes better care of the tires on Sunday. Charles is 34 points behind Verstappen, leader of the World Cup, and Sainz 75.

Leaving the Red Bull Ring with fire is a burden for the man from Madrid, due to the 18 points he stopped adding and because he will likely have to mount a new power unit this weekend and start from the bottom of the grid. Comeback or nothing. It’s no secret that Ferrari’s engine has suffered from summer temperatures: Leclerc broke down in Barcelona and Baku and Carlos’s car caught fire two weeks ago. For this weekend, in Le Castellet, they forecast minimums of 23ºC and maximums of 33ºC on asphalt that will easily be around 50ºC.

F1 | The Groundhog Day
F1 Drivers Championship: how they are doing after the Miami Grand Prix
Best Formula 1 drivers. Who should you bet on Formula 1?
FORMULA 1 1968