here you have all the fights of the Ibai boxing party, Mr Jagger and Bustamante 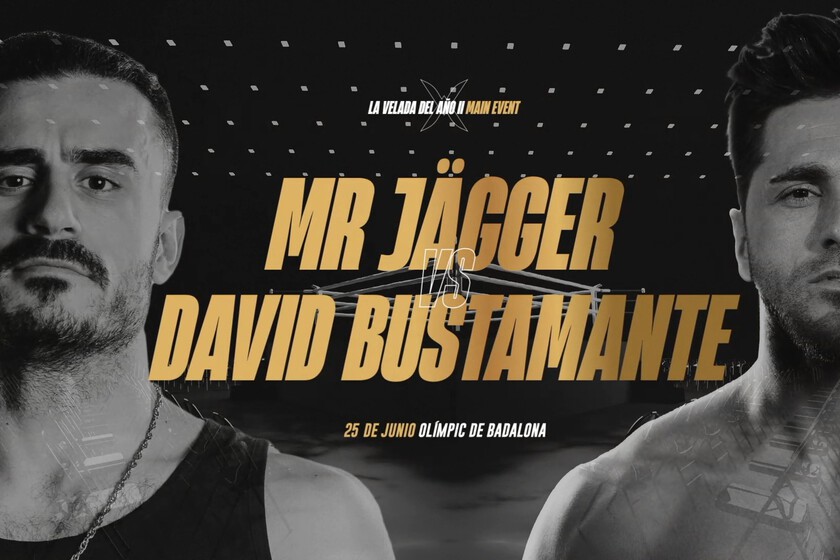 To Caesar what is Caesar's, if there is something that cannot be reproached Ibai Llanos it is the facility that it has to mount the most spectac

here you have all the fights of the Ibai boxing party, Mr Jagger and Bustamante

To Caesar what is Caesar’s, if there is something that cannot be reproached Ibai Llanos it is the facility that it has to mount the most spectacular soirees on this side of the Atlantic. The Year 2 Soiree was an event to frame.

You may like their characters more or less, you may marry to a greater or lesser extent with the idea and it is possible that you are completely disconnected from the music that accompanied the evening -I couldn’t be further from that, really-, but the Twitch record figures they don’t lie

With an average of 2.4 million viewers during the event, the highest peak was a golden minute that reached 3.356 million, thus exceeding the 2.4 million that until now gave that gap to the presentation of the Fortnite skin of TheGrefg.

A perfect job at the production level in which the most unexpected thing was the appearance of a spontaneous during the last stretch of the night. If you couldn’t see the fights live, here you have them all, including the one from Bustamante and Mr Jagger.

All the fights of the Soiree of Year 2

The thing promised a lot, but what we ended up finding was a constant scoring match in which neither of the two amateur boxers dared to risk it too much for fear of getting scalded.

Against all odds it was spursito the one who ended up landing the most punches during the three three-minute rounds that the fight lasted. A very even fight in which, based on long left blows and steps back, they seemed to risk a slow and boring night that, luckily, later changed completely.

yes what Carola and Spursito it was a walk in the park Ari and Paracetamor It was like going to war. The three rounds were a tremendous collection of slaps in which the only thing to blame was the lack of technique.

Without rest and placing her rival against the ropes on more than one occasion, the union of the Mexican with the world of boxing finally delivered what no one expected: a show that soon became the best of the night.

It was one of the fights that promised the most and the truth is that as soon as it started they already set the bar very high, both in terms of bravery in the ring and as a show, but the fight lasted less than we would have liked to enjoy.

Unfortunately one of the first blows landed well enough to create a cut on the face of momo which, to the chagrin of all of us who were vibrating with the fight, ended up causing the end of the fight.

Another contest that left us wanting more due to an injury. From the beginning it was clear that the level was far from the previous fight, but the rage with which they entered the ring ventured a fast-paced fight between Luzu and Lolito.

luzu He had already warned about a knee injury that did not take long to wreak havoc and, by the time the amateur boxer was beginning to wake up in front of a lolita who went all out, the fight had to stop.

the of Bustamante and Mr Jagger It was the most anticipated fight of the night and it was difficult to imagine such an unbalanced fight. Neither the singer’s enormous experience nor the nerves of being faced with such a surreal situation were able to turn around a fight in which the protagonist of the night was once again much superior to his opponent.

mr jagger came out to the ring like a steamroller and the lack of stamina of Bustamante they did the rest. Overwhelmed by his opponent and seeking the air even under the stones, the singer’s experience helped him to see that he had nothing to do and he stopped the fight giving victory to his opponent.

With changes, the boxing festival in Delmi is not suspended
Canelo Alvarez. How many and who are the boxer’s brothers?
scar Valdez shows off NFTs, in pure West Coast style
BOXING 3637