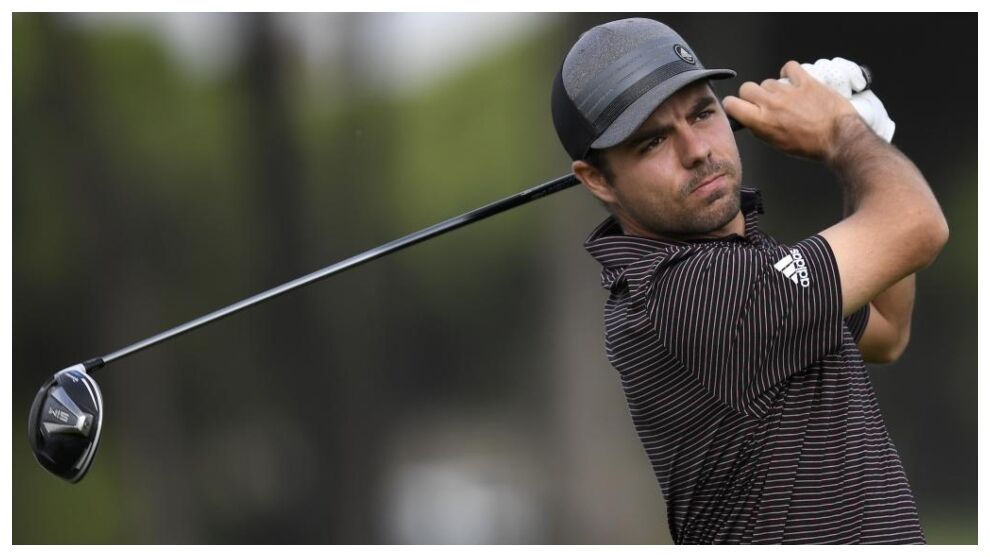 Updated 10/01/2021 - 15:32 Alejandro del Rey became the first golfer in history in achieving a card of 58 strokes in a scoring tournament for the

Alejandro del Rey became the first golfer in history in achieving a card of 58 strokes in a scoring tournament for the European Tour, by signing 14 under par, in the second round of the Swiss Challenge, held at Golf Saint Apollinaire, Michelbach-Le-Haut, in France, at about 10 miles from the Swiss border. However, the circumstance of allowing himself to clean the ball in the fairway due to the mud does not make the feat official, which does not detract from what has been achieved.

The 23-year-old golfer, one of the great national promises, signed three eagles and eight birdies to sign off a historic moment that, to date, had only been achieved in competition by Jim Furyk, on a par 70 course on the PGA Tour, Shigeki Maruyama, in the pre-US Open 2000 (par 71) , Ryo Ishikawa in Japan (2010, par 70), Jason Bohn (in the Canadian Open, scoring for the 2001 McKenzie Tour (par 71), Stephan Jager (Ellie Mae Classic, 2016, par 70), Kim Sheong Hyeon ( Golf Partner, Japan 2021, par 70), as well as Sebastin Garca Grout on the first day of the Spanish Championship in Murcia (par 71), in 2009, a score that was not considered official because a ball was placed on the fairway due to the mud from the fairway. streets.

Del Rey started at hole 10 and in the first three holes he was playing five under par, after a birdie and two eagles. Three stages later he was seven under par on six holes and closed the first lap with 29 strokes. In the second part of the round, from hole 1, he started with five birdies in six holes and finished it off with an eagle that is 14 under par, a figure that no one had reached. The Madrileo, in a tournament where he played without a caddy, his Thursday card better in 16 strokes.

In the Guinness Book, however, The 55 strokes achieved by Homero Blancas, a record reached by three other players, came to appear as the best record. The first occurred in 1935 by EF Staugaard in Montebello and is only mentioned in a few USGA (American Golfers Association) publications. The second, that of Blancas, an American son of Mexican immigrants, on August 19, 1962 at the Texas Premier Invitational. He made 13 birdies and an eagle on a course that was only 5,000 yards (about 4,600 meters), when, for example, the stage where Del Rey has achieved it is 7,374 yards (about 6,700 meters). It was erased from the book when it was agreed that scores under 6,500 yards were invalid.

Tags: sports Center, Golf
Emotional golf tournament
Golf at the Olympic Games had a good debut for Sebastián Muñoz
NBA: Michael Jordan wants to be Jon Rahm: “I would love to have his game”
GOLF 293