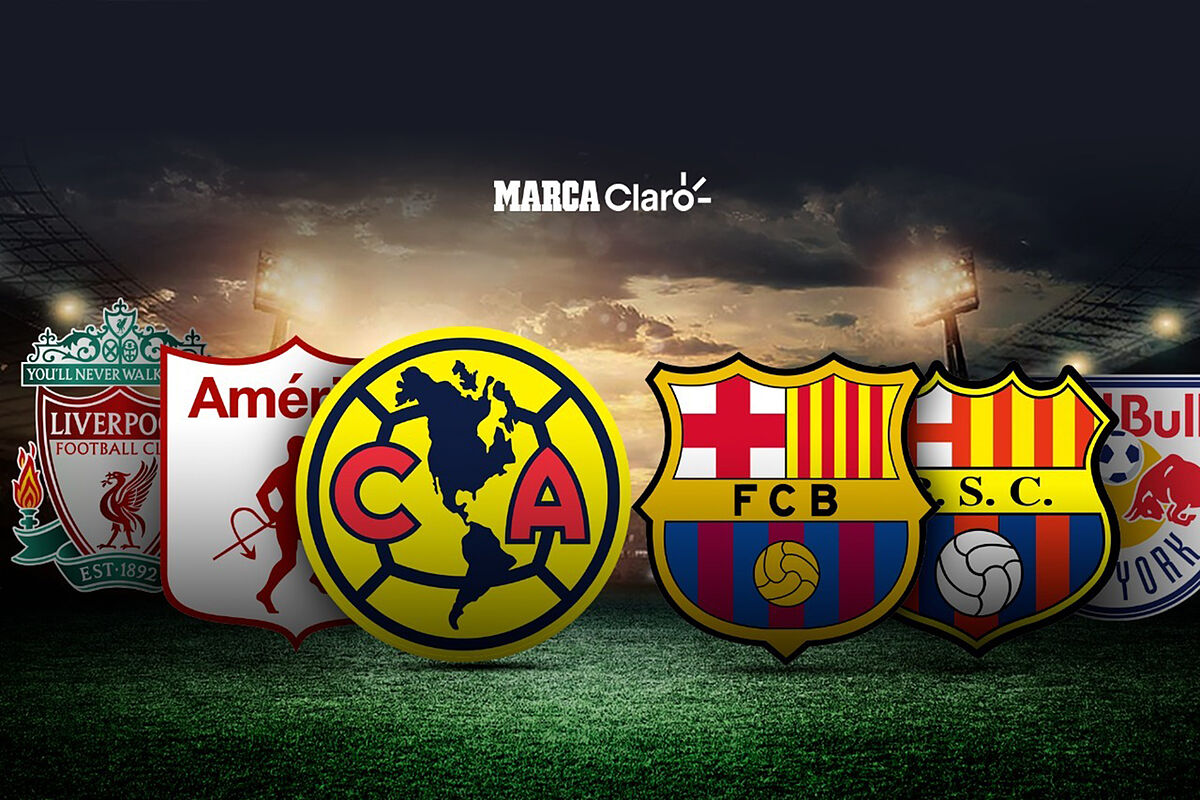 DThey say that 'in life, one can change the loved one, but never the football team'. The football fan is faithful to his team every eight days, and

DThey say that ‘in life, one can change the loved one, but never the football team’. The football fan is faithful to his team every eight days, and as far as he can, he accompanies him to his battles. It defends its identity and wears its colors with pride; however, all this does not prevent his team from having a completely different “twin”, in another part of the world.

If there is something that teams, around the world, in certain cases, inadvertently share, that is the name with which they identify themselves. There are so many professional, semi-professional and even amateur teams that share the name and even colors of some other squad. Here we talk about some curious cases that exist in the football guild.

One of the most recognized cases on this side of the continent is the Eagles of America, founded in 1916, and the America of Cali, created a year later. The curious thing is that both squads have already faced each other, in times when Mexico participated in the 2000 Libertadores Cup, with a 5-3 global victory for the Mexican club.

Created in Argentina in 1957, it is said that the Sarand Arsenal was created as a tribute to the English painting, founded in 1886. If so, they are far apart in terms of image.

Everton, a 144-year-old traditional team in England, shares a name with Everton de Via del Mar, team also founded by English and 113 years old in Chile.

FC Barcelona, ​​a traditional team in Spain and one of the most successful in recent years, shares the name of its franchise in Ecuador with Barcelona de Guayaquil. The differences between the name and shield of both squads are minimal, except for the uniform. The Catalan team occupies the traditional blue and maroon shirt, while in Guayaquil it is dressed in the traditional colors of the Catalan flag (red and yellow).

The only similarity between both squads is the name. They are a long way from their foundation (1912 for the Brazilians and 1983 for the Mexicans) and their uniforms are different (white-black for the Amazonians and white-white for the Aztecs). Despite this, they already faced each other in a friendly duel in 2009, with a victory for the Coahuilenses.

The first to see the light was the ‘Rojo’ team in Argentina in 1904, while Medellin saw its birth in 1913, but it would not be until 1954 that it would be fully established and known by the name that distinguishes it now. Curiously, they are also nicknamed “The Reds of the Mountain”.

It was in 1908 when the team of Liverpool de Uruguay began to take shape, Its name is due to the impulse and admiration that existed in those years for English football, and for the love that the English ships transmitted upon their arrival at the port of Montevideo. What they did not take were the distinctive colors of the ‘Reds’, founded in 1892. In Uruguay, Liverpool wears black and blue.

The desire of the Austrian soft drink to be able to immerse itself in the world of sports has made it become the property of several teams around the world. One of the most distinctive, without a doubt, is the New York Red Bull from the United States, and Red Bull Leipzig from Germany; although without a doubt his nation could not be left out, that is why there is the Red BullSalzburg.

Finally, we have the curious case of a club made up of Haitian players, and who play in an amateur league in Chile, who have embraced the identity of Cruz Azul from Mexico. They wear blue shirts, show off the shield and They call themselves the Blue Cross of Haiti. Founded in 2017, they hope to make history in Andean soccer, where They already have a championship.