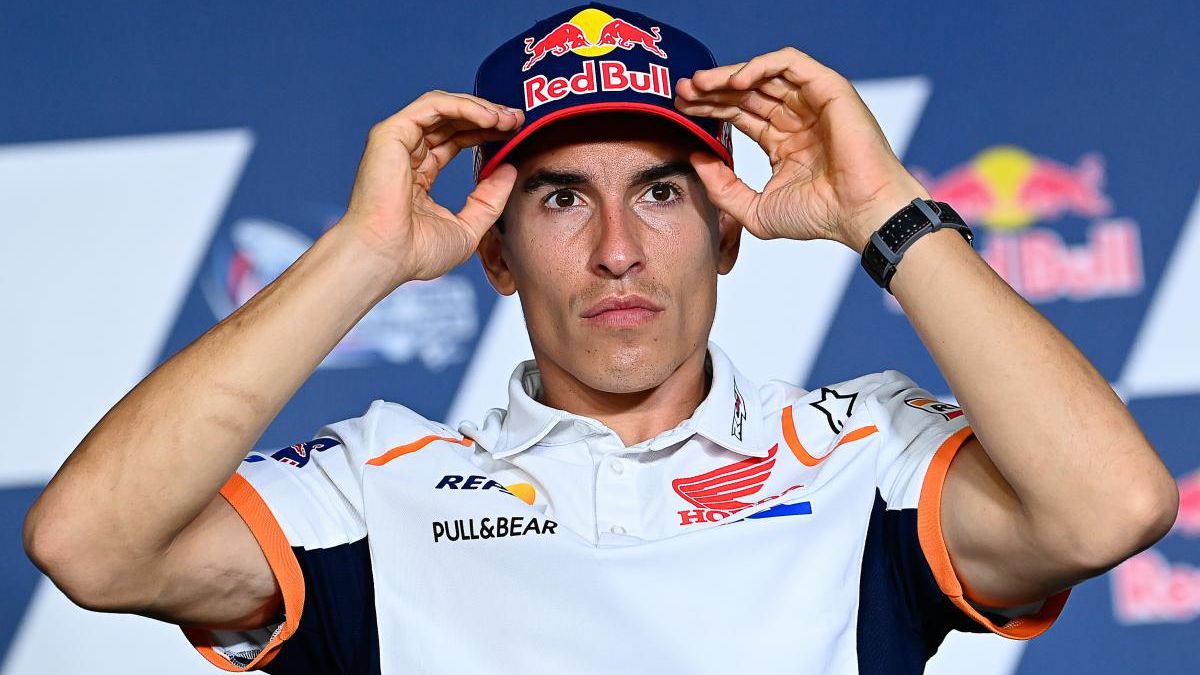 Second blank year for Honda, marked, again, by Marc Márquez's injury. The ilerdense continues to be his great hope, in fact, it is thanks to him t

Second blank year for Honda, marked, again, by Marc Márquez’s injury. The ilerdense continues to be his great hope, in fact, it is thanks to him that the Japanese brand has been able to get on the podium so far this year. Two key victories and a podium in Aragon that was like a gift. Three results that have given the factory hope that, it hopes, 2022 will once again be a little more like 2019 after two seasons that they want to leave behind as soon as possible. Two years in which the fight for the title was further than ever in its history, with his worst results since his return to MotoGP in the 80s.

Nevertheless, Everyone knows that it is a matter of time (and, above all, patience) before the most successful brand in the World Cup rises again from its ashes. Like Márquez because, even still following his recovery, he has been able to be competitive. Not as much as the Marc of the limits to which we are accustomed, but it is a step forward to once again be the eight-time world champion that amazed the whole world. And Mick Doohan is one of those who has it clear. He suffered a very serious injury, like that of Cervera, one of those in which you have to give yourself time and, on his return, he chained four consecutive World Cups.

The Australian is one of the great Honda champions and knows the work of the factory, as well as the motorcycles they develop. Therefore, you know that the work they are currently pursuing it is not the essence of a champion brand. And it is that, in 2020, with the absence of Márquez, he lost his way. “From the outside, they seem to have lost direction since Marc’s injury. He is not as strong as he would like, but from my point of view Honda is not 100% correct. The other Honda riders are good and struggling to get into the top 10. I do not know what the solution is, they need to work to get out since I had not seen Honda in these positions before “, supports in a video for the official MotoGP portal.

Assessing the situation from his own experience in 1992 (he broke his leg and almost lost it), Doohan knows that the main reason for this situation It is the change that the bike has undergone with Marc’s absence. And, with his return, the man from Lleida is looking for a way to get back on track with the MotoGP that gave him five crowns since 2013: “When you return it is difficult to return to the same place where you left it. The second and third rider, they do not have the same confidence that Marc has or like me to say ‘this is good’, ‘this is bad’. I think that is what is happening with Marc. He has been away and when he has returned He has not found the motorcycle he left behind and is now trying to get it back as before. Engineers are constantly changing things, that’s what they are for, so they need someone strong to guide them and who can have good communication. “

Marc will be back

Despite the critical situation of Honda (in which they are already working towards 2022), Mick Doohan is confident that we will return to the competitive Marc of yesteryear. Perhaps not with the same riding style, but he knows that the champion will manage to adapt to the changes and, above all, to the conditions of his arm. A memory of what happened to the Australian with his leg injury. “I’m not sure how the injury progresses, but that takes time. He knows how to ride, I’m sure he hasn’t lost confidence, but the injury takes time. So next year, if Honda works well on the bike, it will have the strength from before and will be back, “he explains.

“When I had my injuries and complications, people said that I was not going to ride the same again. And I never drove exactly like before because I couldn’t, but I adapted to a new way of driving. and I started to have strength and to win again. I’m sure Marc will be in that position again. Every day he has more strength and if Honda can work with the bike well, surely they will be racing ahead with Marc “, admits the Gold Coast rider.

Going through an adaptation process is not easy, it requires a lot of pressure, but more in a brand like Honda and in an era where results are more important than ever. Pol Espargaró is not having the year he hoped to have with HRC. With only one pole, the brand expects more from such an experienced rider who has managed to take KTM to the position it already occupies in the World Championship. But Doohan continues to give it a vote of confidence and knows that small adjustments can make a big change: “Pol is also a very good rider, but he is suffering because he does not understand the Honda, suffers to communicate with the team. He knows what he wants but the bike does not respond well. It is not a comfortable bike to run, it does not give you a lot of confidence. I think the key is in small changes. “

MotoGP | Mir: “It will be a very long race and to manage tires”
MotoGP | GP Algarve 2021: Sergio Garca, pole; Foggia, in front of Acosta
5 fascinating facts about the Red Bull Ring
MOTOGP 197