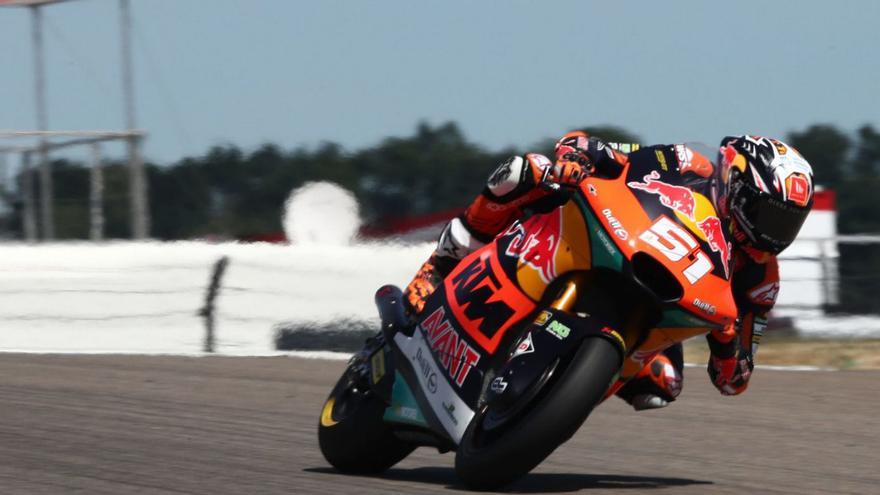 The transfer market in the Motorcycling World Championship is on fire. Before the break that will come after the Dutch Grand Pri

The transfer market in the Motorcycling World Championship is on fire. Before the break that will come after the Dutch Grand Prix in Assen next weekend, many teams want to have their riders defined for 2023. And among the names that are on the table of a MotoGP team is Pedro Acosta, who has signed a contract with KTM for next season. According to DAZN, the man from Mazarrón, who is contesting the German Grand Prix today, is the object of Honda’s desire, which wants to get his signing so that next year he will debut in MotoGP with the LCR team, which competes with the RC-213V and which this year has the Catalan Álex Márquez and the Japanese Takaaki Nakagami.

Although it seems a complex operation since Honda would have to pay the termination clause of the Murcian, the interest of the Japanese factory is long overdue. Already in 2021, before he was proclaimed Moto3 world champion, he tried to sign him, but then ‘El Tiburón’ chose to stay at KTM, which marked a clear roadmap for him: two years in Moto2 and jump in 2024 to the highest category. However, the deadlines could be rushed if Honda finally decides to throw the house out the window to sign the Murcian.

In the Japanese factory they are clear that Acosta can be the relief of Marc Márquez. And that is why they want to get hold of their services as soon as possible. The man from Mazarrón has already won a grand prize this year in the intermediate category, and although it has cost him more than expected to adapt to it, he has shown all his talent.

The Murcians, discreet in training

It was not a good day yesterday for the two Murcians in Moto2. After fighting for pole position on the first day, Acosta had to settle for eleventh place yesterday and Alderder, with thirteenth for the German Grand Prix that takes place today (12:20 p.m.). In MotoGP, the Italian Francesco ‘Pecco’ Bagnaia was the best with the Spaniard Aleix Espargaró in fourth place.

Tags: Pedro, MotoGP, sling
The best way to enjoy racing
The Yamaha R1 could mount a MotoGP type change without cuts
Iker Lecuona leaves the MotoGP World Championship to race in the Superbike in 2022
MOTOGP 633