Horford is the pride: the Celtics tie the series of the year 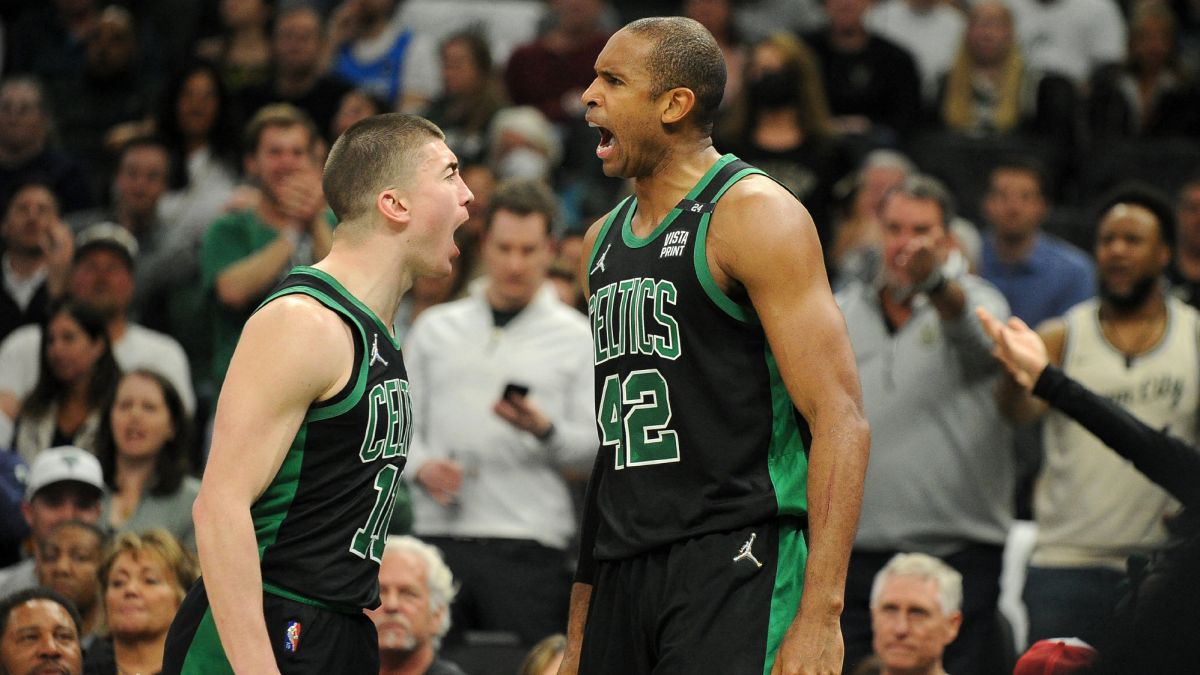 There are so many sayings about old age, that we could choose more than one to vindicate each player who from time to time shows in the NBA that a

There are so many sayings about old age, that we could choose more than one to vindicate each player who from time to time shows in the NBA that age is not always synonymous with decrepitude. We already knew about LeBron James, about Chris Paul we have experienced it and so with countless great legends who have written his resume, also in part, extending his career. However, in that second row of the best League in the world there is also a small bourgeoisie that is actually very large and to which belongs a man who was believed to be far from his best level, without the possibility of competing between the big and to be differential again on a basketball court. One more way of making mistakes like any other, since old dog never dies. Or put another way: old dogs don’t have teeth, but they do have fangs. And those fangs have been shown today by Al Horford.

Robert Williams was absent for the fourth game due to suffering from his recently operated left knee, in which he had some pain, and Horford was once again responsible for the area of ​​the Celtics, who were coming off a very close defeat in the third game and with a match that for them was a match ball. A 3-1 or 2-2; the difference is abysmal for anyone who has played in a playoff series. And for those who don’t, also. Horford responded to the starting job, less than a month shy of his 36th birthday, with a superb, titanic performance. One of the best, in fact, of his sports career in the playoffs and an essential one for Ime Udoka’s team to resurrect and draw again a tie in which he is trailing all the time (1-0 and 2-1 with two draws)but in which he is resisting the push of the rival to stay alive, or to never die.

Horford finished with 30 points, 8 rebounds and 3 assists, resisted Giannis as long as he could and was the architect of the comeback, forged in a spectacular second half and a dreamy fourth quarter. In the last 12 minutes, the pivot transformed 16 points, with 6 of 6 in field goals and 2 of 2 in triples. The Celtics, who entered 7 down in the last period (80-73), took the lead thanks to a triple by Horford 8 minutes from the end (85-88). After the local reaction (94-92), a new three-pointer from the center, a pass from Jayson Tatum (now we’ll talk about him) and from the corner, gave the Celtics an advantage again (94-95). And a 2+1 extended the difference to 98-94 with 5 minutes remaining and allowed the greens a difference that they would already know how to manage until the end of the match, which went to 9 goals (99-108) and that the Bucks could not cut despite a triple by Wesley Matthews (102-108), or late baskets by Brook Lopez or Giannis Antetokounmpo. At the end. 108-116 and 2-2. The NBA champion can come out of this series, let no one forget that.

Jaylen Tatum was the other great resurrected: 30 points, 13 rebounds and 5 assists for him in almost 42 minutes (almost the same time as Horford on the court) with 11 of 24 in field goals, although 3 of 10 in triples. He went to 12 points in the last quarter, which added to those of Horford give 28 of the 43 that the Celtics transformed in the final 12 minutes, a worrying figure for a Bucks that dominated from the beginning of the match and that came to have double-digit advantages. In the end, they were hammered by a Horford that always remained at a supreme level and had a spectacular effectiveness (11 of 14 in field goals, 5 of 7 in triples and 3 of 4 in free throws). And in the spirit of a Celtics that give it all back, they have come very close to getting out of the tie twice and have held on both times.titanic, the onslaught of the rival and having the tie virtually sentenced.

Giannis this time was very lonely: 34 points, 18 rebounds and 5 assists (with 4 turnovers) and 14 of 32 in field goals (0 of 4 in triples). He could not respond to the final avalanche, contributing only 6 points in the final period, and he was very surrounded in those minutes, with the defenders this time more focused on stopping him than looking for a foul in attack. And, this time, they can’t be excused because of the difference in free throws: 27-20 for the Bucks throughout the duel, although 4-7 in the fourth quarter for the Celtics. The other side of the coin was that of Jrue Holiday, who made a catastrophic performance in the shot (5 of 22, with 1 of 6 in triples) and stayed at -23. Pat Connaughton (11 points, 3 of 6 three pointers) and Matthews (3 of 4) were the best help for Giannis, who have a harder time finding solutions if their teammates don’t hit the released three-pointers. Now, travel to the Garden for the fifth encounter, one that is statistically key (the one who wins it, emerges in the series in more than 80% of the cases). And, if the series continues like this and there is a seventh game, it would also be played in Boston by the work and grace of some Bucks who were allowed to lose the last game of the regular season to avoid the Nets in the first round. There it is.

The debate at the Toronto Raptors; Tanking or mediocrity?
The new bulls go like a shot
Brooklyn Nets adds and continues: there are already five consecutive victories
NBA 2832