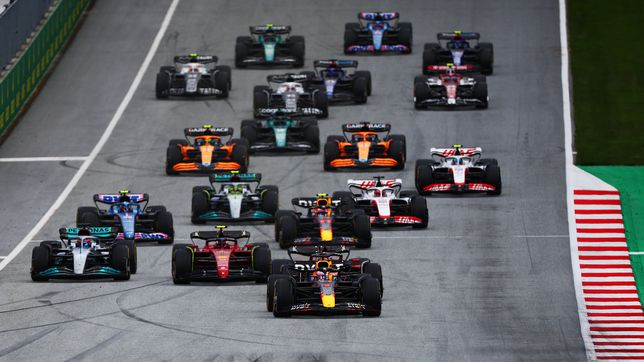 European summer, the August break is approaching and the negotiations for next year's grid are finished. The so-called 'silly season' begins, that

European summer, the August break is approaching and the negotiations for next year’s grid are finished. The so-called ‘silly season’ begins, that phase of the course in which the teams and the pilots love each other or stop loving each other, sometimes in public, but almost always in private. Last year it was broadcast: Russell was seen with Mercedes at the same time that Bottas went up to the Alfa Romeo hospitality when Raikkonen had already announced his withdrawal. Well, although it seems that the 2022 edition will be lighter and with less news for next year, interesting movements can take place behind the scenes.

The most relevant for the Spanish fans is obvious, Alonso’s negotiations to renew with Alpine. As this medium has been able to find out from various sources in the paddock, they exist and are going well, but “nothing can be taken for granted”, as Fernando himself stressed in Austria, although he feels “at home” in the old Renault. The Spaniard presses because he wants an ambitious project in Enstone, not conformist. Being the leader of the middle zone is very good for the middle of the grid, but the two-time Spanish champion aspires to fight for podiums and victories again, so he hopes for that conviction in Alpine.

A movement linked to Alonso’s is that of Piastri, current Formula 2 champion, who has agreed with Williams although his representative, Mark Webber, is still watching the paddock for what may happen. He glances at McLaren, where the continuity of Ricciardo is not clear. And it is that getting on the worst car on the grid is not so interesting for a 21-year-old Australian who has everything to prove even in the top category. Daniel’s future is open: he has a contract with Woking until the end of 2023 but there are release clauses and his performance does not follow: he has 17 points for Norris’s 64. In addition, this week McLaren Racing has announced the signing of IndyCar champion Álex Palou. The Catalan will participate in his hiring a test with the 2021 car and could be the relief of the Australian in the Great Circus.

The other key piece is Vettel, a 35-year-old four-time world champion in a single-seater that hasn’t quite taken off, the Aston Martin. Around ‘Seb’ the rumors are confusing, it has already been heard that he continues and that he leaves. He is the number one option for the Silverstone team, in any case, and they will not look outside until the German is decided. Mick Schumacher must have been interested in that steering wheel, but now that the waters in Haas are back on track with his first points, it is more difficult for him to move.