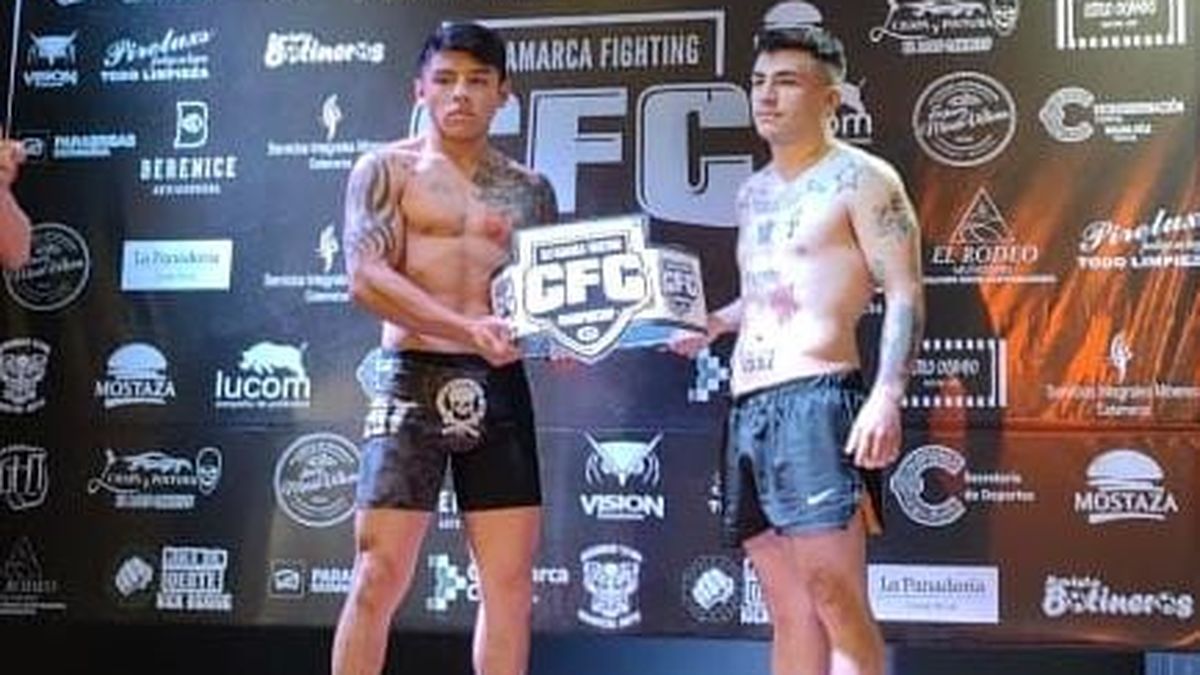 September 16, 2022 - 17:20 This morning the weigh-in ceremony of the "Catamarca Fighting Championship" was carried out and "hot" crosses were

This morning the weigh-in ceremony of the “Catamarca Fighting Championship” was carried out and “hot” crosses were experienced in the confrontation prior to tomorrow’s show.

The event is organized by Favio Díaz and Pablo Llampa and sponsored by the Catamarca Sports Secretariat.

During the morning of today in the Calchaquí Hall, the official weigh-in ceremony was held and the first sparks have already emerged. At the time of the “careo” the rivalries prior to the fights were experienced with great tension anticipating a day of many emotions in the CFC cage.

According to what was observed in the Main Card (main billboard) we noticed how the organizers raised the clashes between fighters from the center of the country (Córdoba, Santa Fe, Buenos Aires) and those from the North (Catamarca, Tucumán, La Rioja, Salta, Jujuy ).

There will be three titles at stake: in the MMA Barrionuevo vs. Chumbita modalities, in Muay Thai Lautaro Silva vs. Lisandro García and a kickboxing Super 4 will award the remaining belt.

What a blow! Viral knockout in the prelims of UFC Vegas 48
UFC: Conor McGregor and his comment after the fight between Tyson Fury and Deontay Wilder in Las Vegas | FULL-SPORTS
Conor McGregor posts a mysterious message: is he saying goodbye to MMA?
UFC/MMA 1198

Loading...
Newer Post
“Understand football as an attitude towards life”
Older Post
The Grand Final of the 1st COPE Asturias Golf Circuit is here: “The course will be demanding and ambitious” – Deportes COPE Asturias