How a winning Ferrari sinks in the World Cup 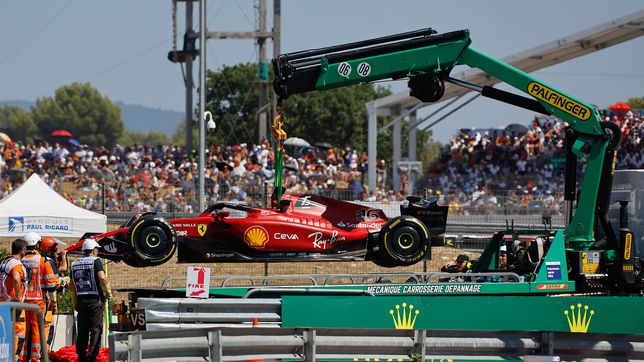 Ferrari has two great drivers, a huge car and a superb engine, but the 2023 season is full of mistakes, problems and misfortunes for the Maranello

Ferrari has two great drivers, a huge car and a superb engine, but the 2023 season is full of mistakes, problems and misfortunes for the Maranello team. Leclerc has more poles (7) than podiums (5) or wins (3); Sainz has alternated great performances with abandonment for various reasons. And the feeling remains that the F1-75, a car that seems capable of winning championships, is further from Verstappen and Red Bull than it should be. The Dutchman is 63 points ahead of Charles and the Austrian team, 82 more than Maranello’s signing. Among the reasons, this background during the season. They were only fought in Bahrain (double), Arabia and Miami (double podium) and Canada (second for Sainz, Leclerc’s comeback from behind).

Australia: in the gravel. Leclerc swept, second victory in three races then, but on the other side of the garage it was all trouble. Sainz did not start the car in Q3 and that delayed him on the grid. He missed the steering wheel in the formation laps. And the pilot failed in the race with a spin that left him trapped in the gravel. Unfortunate abandonment and zero points.

Ímola: too much ambition. Charles was comfortable third behind the Red Bulls, but went for second from Checo. Along the way, he too emphatically took a curb at the chicane and was thrown into the wall. He was lucky, he only fell to sixth place and was able to get back into the race. Earlier, Carlos had abandoned due to a touch from Ricciardo that left him stranded.

Barcelona: first break. Leclerc was leading the race with some solidity when his engine began to emit white smoke. Disappointing dropout. Sainz spun at turn four that forced him to come back the entire race, he finished fourth.

Monaco: run backwards. They were leading the front row on a circuit where you can’t overtake and finished second and fourth. Leclerc, from pole, saw how the strategy stripped him of any chance of victory. Sainz was able to win but was unlucky with a lapped Latifi as Checo flew in before changing tires. 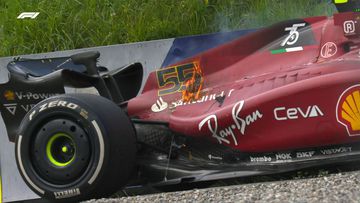 Azerbaijan: double zero. A hydraulic failure left Sainz out of action a few laps when he was aiming for the top-4. Leclerc led the group under pressure from the Red Bulls, but his engine said enough is enough for the second time.

Silverstone: priorities. Charles was first ahead of Sainz before the decisive safety car that restarted the race with twelve laps to go. They stopped the man from Madrid, who with new wheels ate his partner and won the grand prize. But the Monegasque was sold and finished fourth, when he had been the fastest until then. Also, he was one of the few punctures for Verstappen this season.

Austria: doublet or fire. It was not given much importance because Leclerc won, but Sainz’s engine caught fire and instead of celebrating a prodigious double, all that was left was to call the fire department. The fourth zero of Carlos in the twelve races, a third of grand prizes, ended with abandonment.

France: Leclerc failed. He reminded Vettel at Hockenheim 2018, without the dampening of rain. Leclerc lost control in the dirty area of ​​turn 11 at Paul Ricard and crashed, alone, first in the group. Charles, three zeros at this point in the season.

Loading...
Newer Post
Real Sociedad signs its new events manager in the NBA G-League
Older Post
Tilsa Lozano is getting ready for her wedding with boxer Jackson Mora: I want to be skinny, video