How could Keylor Navas regain ownership with PSG? 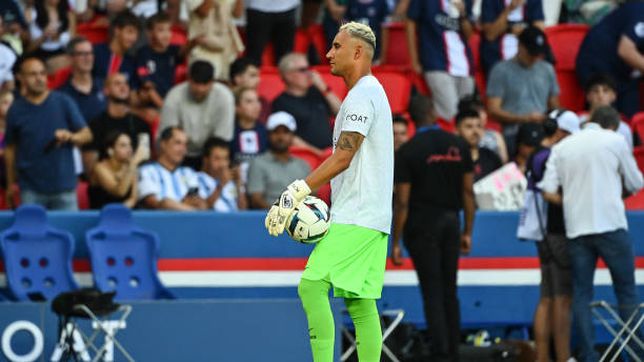 The 2022-23 season of the French League has begun and Paris Saint-Germain is positioned as the best candidate to win the local championship. The t

The 2022-23 season of the French League has begun and Paris Saint-Germain is positioned as the best candidate to win the local championship. The team led by Christophe Galtier has one of the best squads in the world, starting from the goal by two monsters such as Gianluigi Donnarumma and Keylor Navas, however the latter has been relegated to the bench, so his aspirations to have minutes of play are minimal.

The Costa Rican goalkeeper could find a place in Italy’s Napoli and in this way be able to have game rhythm to reach the 2022 Qatar World Cup in the best way. But if he stayed at PSG, there would be some scenarios in which which Keylor could return to keep the title in the Parisian bow and then we present them to you.

The reasons why you could be a holder

In football there is nothing written and everything can change from one moment to another. Injuries are an important factor to consider and, although it is never pleasant to see a colleague in this situation, if at any time ‘Gigi’ gets injured, Keylor would automatically replace him.

Another aspect to consider is the regularity and level of play. If at some point Donnarumma goes into a string of errors or drops in the game, there could be a rotation in the goal, but these are hypothetical scenarios and it will be the strategist Christophe Galtier who will have the last word.