How does Ecuador qualify for the Qatar 2022 World Cup? | Soccer | sports 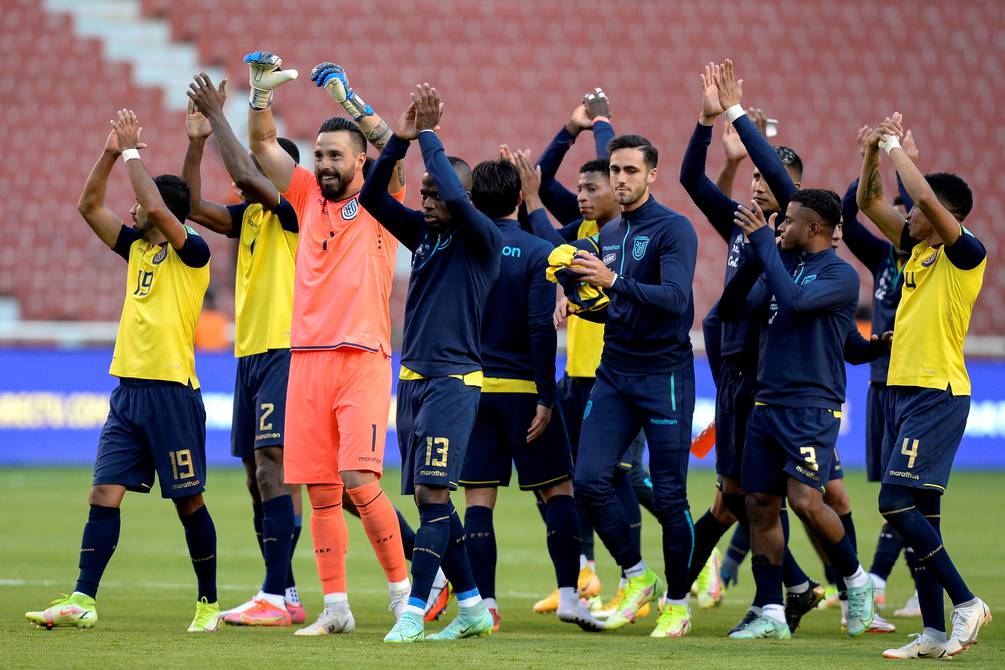 Ecuador will have its last two World Cup qualifying matches on Thursday, March 24 and Tuesday, March 29, against Paraguay as a visitor and Argentin

Ecuador will have its last two World Cup qualifying matches on Thursday, March 24 and Tuesday, March 29, against Paraguay as a visitor and Argentina at the Monumental Banco Pichincha stadium in Guayaquil, respectively.

In any of them, he will sign his registration for the Qatar 2022 World Cup, after having an effectiveness of 50% in obtaining points so far, to place third in the classification table with 25 points.

Such a cushion allows La Tri to have the luxury of qualifying as a visitor against Paraguay -it would be the first time they do it in this condition- or do it in front of their public against Messi’s Argentina, champion of America.

Before playing the last two days, the classification table is led by Brazil with 39 points and Argentina with 35, followed by Ecuador with 25 and Uruguay with 22, among the first four that appear. The others fighting for the quota are Peru with 21 (it would have the playoff spot), Chile with 19 and Colombia with 17.

Only something unusual would take Ecuador out of the World Cup event. For this, they would have to lose their two commitments and for Chile to win both against Brazil (visitor) and Uruguay (local) with nine more goals in favor between the two games.

In another unexpected scenario and losing both games, Ecuador would play the playoffs, in case Peru wins its two games and the Tri loses the two it has.

In the midst of this panorama, Ecuador continues to depend on itself, so the ticket would be obtained with the following results on Thursday:

In the event that Peru beats Uruguay in Montevideo and Ecuador loses to Paraguay, the Bicolor would reach 24 points and Uruguay would drop to fifth place with 22, while Ecuador would remain with 25 points.

In this case, against Argentina, the Tri would only need a tie to reach 26 points and sign the direct pass without having to play the playoffs.

Club World Cup, the only renowned window for Mexican soccer
Carlos Tevez’s confusing statement about his present in football: “Since I retired…”
Bombazo: The MLS keeps a young promise of Mexican football
FOOTBALL 2661

Loading...
Newer Post
Season schedule, when does it start and where to watch
Older Post
‘Kazula’ Vargas faces Paddy Pimblett in the UFC – Lights of the Century