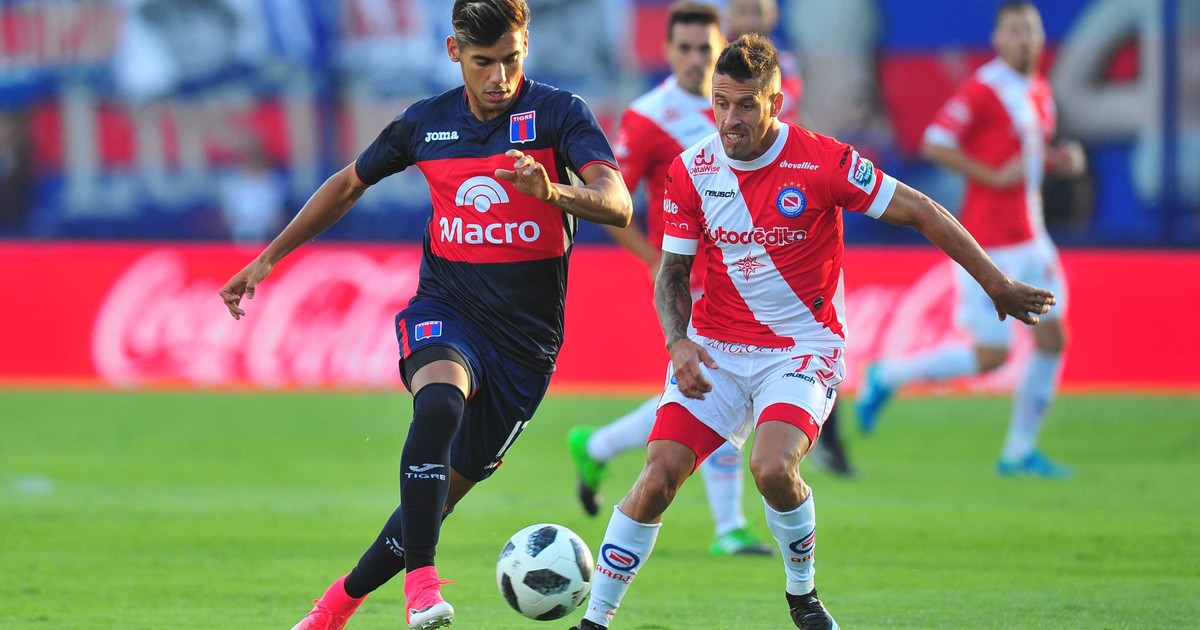 Less and less is missing for the closing of the League Cup, which will take place next Sunday 22 at the Mario Alberto Kempes Stadium, in the city

Less and less is missing for the closing of the League Cup, which will take place next Sunday 22 at the Mario Alberto Kempes Stadium, in the city of Córdoba, but there are still two semifinals to play. The first will take place on Saturday, and more precisely at the Néstor Díaz Pérez Stadium in Lanús, where Boca and Racing will be playing. On Sunday, Tigre and Argentinos will be doing the same at the Tomás Adolfo Ducó Stadium, from Huracán.

On Thursday it was announced who will be the referees of these two semifinal matches and at the same time, the Professional League announced how the ticket sales for the matches will be. Racing and Boca quickly sold out the 16,000 locations they gave for each partiality, between popular and stalls.

Now it is the turn of Tigre and Argentinos, whose match starts on Sunday from 4:00 p.m.. The process will be similar to that of the sale of tickets for the classic between Boca and Racing, and in the same way it will be in charge of the Professional League. The clubs are the ones that define what priority those spectators who want to acquire them will have.

Both Tigre and Argentinos will have the same number of popular and stalls. Those from Victoria will sell their tickets exclusively to their members with a daily fee, while for those from La Paternal, access to the purchase process will be free. In any case, it should be clarified that Tigre also leaves open the possibility of selling a remainder if they do not run out with the partners.

Another point to keep in mind is that for these semi-finals there will be no physical entryand both for the match between Racing and Boca, as well as for the match between Tigre and Argentinos, fans will enter presenting their ID. This is an issue to take into account, since from various platforms, there are resellers that promise physical tickets. They will not be valid for admission to the Lanús and Huracán stadiums..

Tickets are already on sale from 10 am this Fridayand can be purchased through the platform AutoLogin.

Regarding security operations, they will be similar to those arranged for the match between Boca and Racing, and in the same way, the stadium will open its doors three hours before the start of the match. In addition, the Professional League released a chart explaining where each bias will enter. 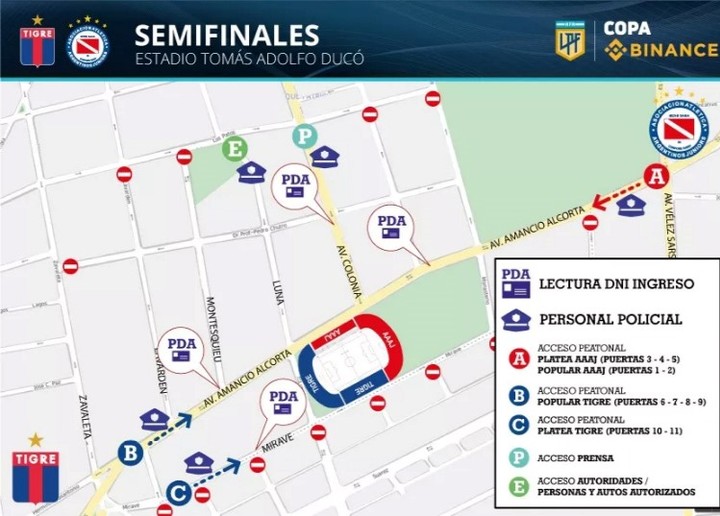 Tickets to the stadium, for the match between Tigre and Argentinos.

The price? The same in both meetings. The seats will have a value of 7,500 pesoswhile the popular ones will cost 3,500 pesos each. In this way, everything is defined for a weekend full of football, in which four teams will be looking for their place in the final on May 22.

Tags: sale, Argentines, of
Cup: Athletic1-1Valencia: Prize for the other football
Tickets for the final phase of the Youth Cup are on sale
Tigre dominated but could not specify and Zone B is matched
TICKETS 175