How many wins and losses does Canelo have in his career? 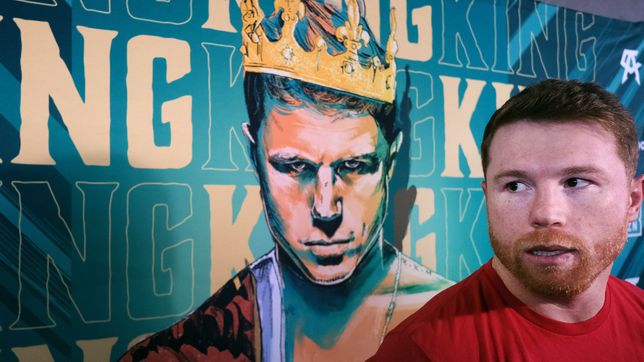 Next Saturday, at the T-Mobile Arena, in Las Vegas, Nevada, Saúl Canelo Álvarez will return to the ring after the painful defeat suffered at the ha

Next Saturday, at the T-Mobile Arena, in Las Vegas, Nevada, Saúl Canelo Álvarez will return to the ring after the painful defeat suffered at the hands of Dmitry Bivol.

The boxer from Guadalajara will face the Kasajo Gennady Golovkin, in what will mean the duel of the trigology of one of the staunchest rivals of recent years for boxing worldwide.

HOW MANY WINS AND LOSSES DOES CANELO ÁLVAREZ HAVE?

Canelo has managed to build a successful career that has even led him to be considered the best boxer in the world pound for pound.

Despite the fact that opinions about his career are divided in our country, his numbers speak for themselves and place him as one of the best Mexican boxers in all of history.

The first defeat that Saúl suffered in his career was in 2013, against the American Floyd Mayweather, in a fight that took place at the MGM Grand Garden Arena in Nevada.

The second loss for the man from Guadalajara is the aforementioned against Dmitry Bivol, who beat him by unanimous decision to retain his WBA light heavyweight title.

Speaking of the draws that Canelo records in his career, the first was in 2006, against Jorge Juárez, while in 2017 he drew against who will be his rival next Saturday, Gennady Golovkin, in what meant the first battle of the trilogy of his duels

This was the most controversial KO in boxing history
Puebla boxing trusts to fulfill its competition calendar in 2022
In Pichilemu, an Olympic boxing evening was held. > The Rancaguino
BOXING 4149

Loading...
Newer Post
Tickets FC Barcelona vs Bayern Munich
Older Post
NBA: A mother is fined for asking her daughter to attack a rival in a quarry match: she left her KO