How much do soccer stars earn? 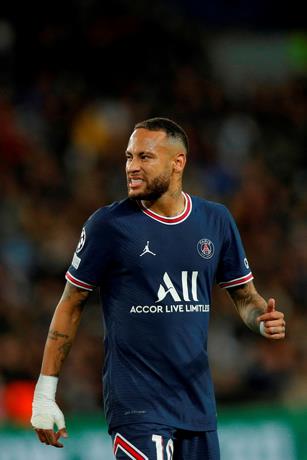 Despite the economic crisis exacerbated by the pandemic, the great footballers continue to bill huge amounts of money. Among the

Despite the economic crisis exacerbated by the pandemic, the great footballers continue to bill huge amounts of money. Among the top ten, they add up to more than $ 575 million in salary and advertising revenue annually.

The world of soccer has not escaped the effects of the coronavirus, with stadiums closed for more than a year, cuts to sponsors and budget adjustments at clubs. But despite the difficulties in finding funding from the teams, the big stars are still very well paid.

According to Forbes magazine, the player who is currently entering the most is Cristiano Ronaldo, to whom the change of team, from Juventus to Manchester United, has been wonderfully economically.

The American publication places the Portuguese star as number one in terms of remuneration, reaching 125 million dollars between salary and advertising revenue in the 2021-22 season.

Ronaldo, 36, will earn $ 70 million in salary and bonuses for his transfer to United, plus what he comes in (55 million) from his personal sponsorships with brands such as Herbalife, Nike, Clear or his clothing businesses, gyms, hotels , perfumes, glasses and other items.

In this regard, according to Forbes, CR7 is only surpassed by three other great sports stars who earn more in commercial terms than the Portuguese: tennis player Roger Federer ($ 90 million), basketball player LeBron James (65) and golfer Tiger Woods. (60).

The list that Cristiano Ronaldo leads is that of the most popular athlete in the world, according to the American publication, with more than 500 million followers on social networks -334 on Instagram, 149 million on Facebok and 94.2 on Twitter-.

AFTER CRISTIANO, MESSI AND NEYMAR.

The Portuguese surpasses Messi in the new “top ten” of Forbes, who last year led the highest paid footballers. The Argentine, after his move to Paris Saint Germain, has dropped to second place, although the income he will receive in the Parisian entity is not negligible: 75 million dollars, plus another 35 in sponsorships.

According to Forbes, Messi has pocketed 875 million dollars in salaries and another 350 in endorsements throughout his career, in which he has exceeded more than 1 billion dollars in income.

For the 2021-22 season, the new Paris Saint Germain player will add another 110 million dollars, fifteen less than his teammate, the Brazilian Neymar.

Between the three leaders in earnings (CR7, Messi and Neymar) they add up to 330 million dollars, much more than the other seven footballers who make up the “top ten” of the best paid in football: 220 million dollars.

After the “magnificent three”, the step with the rest of football cracks is significant. The fourth in contention is the French Kylian Mbappé, 22, with an annual income of 43 million dollars, 67 less than Messi and 52 less than Neymar, an abysmal difference between PSG’s attacking hat-trick.

The Spanish Andrés Iniesta, at number seven in this Forbes ranking, is the only one to break the dominance of European clubs. The former FC Barcelona midfielder, current Vissel Kobe player in the Japanese league, has a turnover of 35 million dollars at 37 years of age.

A “top ten” of the best paid, a special team that earns more than 575 million dollars a year, made up of two midfielders (Iniesta and Pogba) and eight forwards, a key position and the best paid in current football.