How much do they cost, where and from when can tickets be purchased? 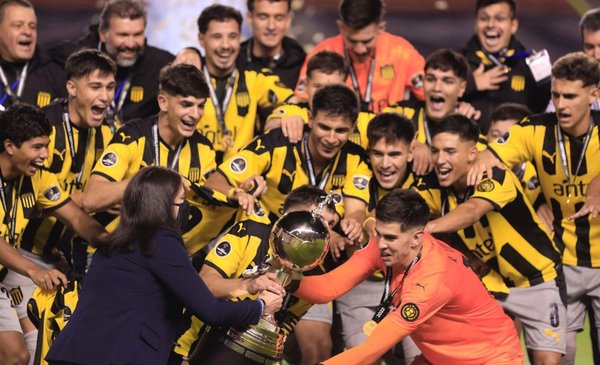 The South American Football Confederation (Conmebol), together with the Uruguayan Football Association (AUF), reported this Saturday that from noon

The South American Football Confederation (Conmebol), together with the Uruguayan Football Association (AUF), reported this Saturday that from noon on Monday 8 at 12 noon in Uruguay, the sale of tickets for the first edition will begin. of the Intercontinental Under-20 Cup, to be held on August 21 at the Centenario Stadium.

This match will be played by Peñarol, champion of the Copa Libertadores under 20, and Benfica from Portugal, which won the U19 Champions League.

Conmebol reported this Saturday that those interested in attending the game will be able to purchase their tickets through www.tickantel.com.uy with a maximum of six (6) tickets per person.

Matías Ferreira giving a kiss to the cup won in Quito

In turn, it is reported that minors up to 10 years old are admitted free accompanied by a responsible adult, to the Olympic and Colombes Tribunes (they must present an identity card at the entrance controls)

Meanwhile, the tickets for the meeting will be digital, personal and non-transferable and are non-refundable.

Pre-sale with special discounts on tickets will take place from Monday, August 8 to 15, at 11:58 a.m.

The final batch of sale It will start on August 15 at 12 noon in Uruguay and will be enabled until one hour after the start of the meeting.

Prices are as follows:

Tags: benfica, U20 Intercontinental Cup, Penarol sub 20
Tickets for the Joan Gamper Trophy go on sale tomorrow
Euro 2022 | How to get tickets for the Women’s Euro 2022? Prices and how to buy them
Copa Argentina: ticket sales begin to see Belgrano in La Rioja
TICKETS 192