How much energy do football stadiums consume? 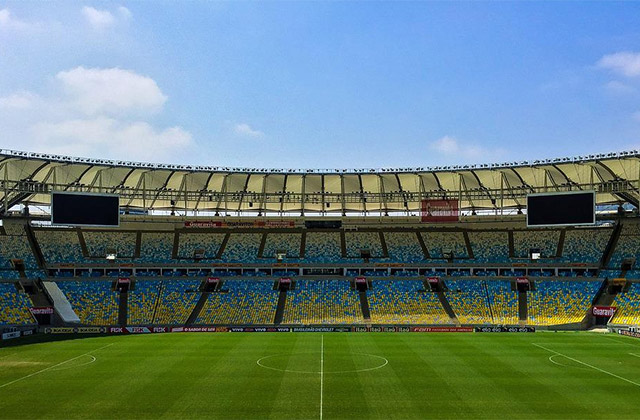 Due to market fluctuations, many people are looking for the lowest electricity prices. However, households are not the only one

How much energy do football stadiums consume?

Due to market fluctuations, many people are looking for the lowest electricity prices. However, households are not the only ones that can benefit from an electricity and gas price comparator such as https://tarifamasbarata.com/. Without going any further, football clubs make an exorbitant expense so that the venues maintain optimal lighting and temperature conditions when hosting their matches. Have you ever thought about the energy consumption of keeping the signs, the cameras and even the VAR running? Although there are no official figures, an estimate can be made of how much energy soccer stadiums consume.

Energy consumption in a football stadium

Despite the fact that many venues use LED energy to save up to 65 percent on their electricity bills, the truth is that consumption is still high. Without going any further, the stadiums that are administered by FIFA use halogens, whose expense is higher. On average, it is estimated that, in the 90 minutes that a match lasts, a football stadium consumes around 25,000 kWh. By way of comparison, it should be noted that, according to the Red Eléctrica de España, households reach 3,200 kWh per year. Now, the total cost of a stadium can be broken down as follows:

When analyzing the total consumption of a football match, it only remains to ask ourselves in what ways greater energy efficiency can be achieved in sports venues that host them.

Initiatives to save energy in football stadiums

Nowadays, it is possible to store renewable energy when it is available, for example, during a sunny day. The RCDE Stadium has been one of the pioneers in installing solar panels for better use of resources. In fact, the Eaton company claims that energy storage in environments that have high peaks in demand is the key to reducing consumption in a sustainable way.

As mentioned at the beginning, the stadiums have also incorporated LED lighting, which reduces consumption by 65 percent. The Wanda Metropolitano and the San Mamés de Bilbao are some of those who joined this proposal.

On the other hand, the initiative of the Ajax and Manchester City stadiums, which are using an innovative electronic management system with batteries used by Nissan electric vehicles, is notable. This system, developed by Eaton, allows greater control of energy consumption, increasing the use of green energy and saving, at the same time, on your bills.

Uriel Antuna from Cruz Azul already thinks about returning to Europe
Junior: Yinaris: “We have come to change the mentality of women’s football” | sports
Juventus barely tied with Sampdoria in Italian football
FOOTBALL 3745