How much money does Canelo Alvarez make in the ring per minute, round, fight? 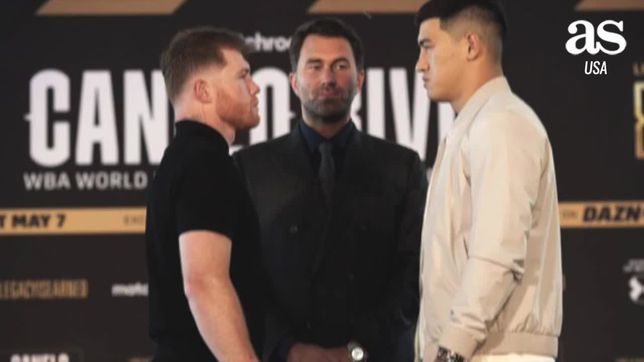 Canelo Álvarez may or may not like a person, however, no one can doubt that he is a media boxer and that he has risen like foam among the best boxe

Canelo Álvarez may or may not like a person, however, no one can doubt that he is a media boxer and that he has risen like foam among the best boxers in the world. Some say that he is the best pound for pound, others call him a fraud, but the reality is that everyone would like to win what the Mexican boxer did.

Last year was a dream for the man from Guadalajara, who had three fights, more than any boxer of his level and category. First, he faced Avni Yildirim, which was a mere formality. However, he later managed to unify all the super middleweight titles. He defeated Billy Joe Saunders and then he did the same against Caleb Plant.

According to OLGB.com, according to the Forbes ranking of highest-paid athletes that counted their income from May 2020 to May 2021, Álvarez averaged $1 million for every 2 minutes and 15 seconds of action.

That means the Mexican boxer earned $444,444 for every minute he competed in the ring, and if he fought a full round, he racked up just over $1.3 million. In this way, Canelo would have earned a total of $40 million for the fight in November against Caleb Plant, this counting the earnings that were for the PPV.

How much money will Canelo earn for his fight against Bivol?

Premier Boxing Champions made Canelo Álvarez a hefty $100 million offer to fight Jermall Charlo and Errol Spence or David Benavidez in May and September.

Despite this, Canelo rejected the offer and preferred to take the offer from British promoter Eddie Hearn, who offered him $40 million dollars to face Dmitry Bivol for the WBA light heavyweight title and also the same amount for the trilogy against Canelo. Kazakh Gennady Golovkin.

A la Adam Sandler: Chino Maidana produces a boxing match between a policeman and a prisoner
‘Canelo’ lets his little daughter do his makeup and paint his nails; the video is cute
Boxers from Oaxaca go to Fire Sports in Tlaxcala
BOXING 3116

Loading...
Newer Post
Rahm remains one more week on the ranking podium
Older Post
Boxing: Eddie Hearn and the future of Canelo: “We’ll see if we fight at 168 pounds or go for a rematch”