How much money does Rory McIlroy get for winning the FedExCup of golf? 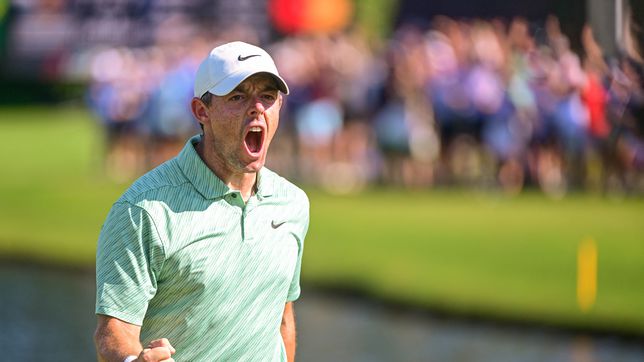 For the third time in his career, more than anyone else in golf history, Rory McIlroy is a FedExCup champion. The golfer born in Hollywood (Northe

For the third time in his career, more than anyone else in golf history, Rory McIlroy is a FedExCup champion. The golfer born in Hollywood (Northern Ireland) 33 years ago won the last day of the Tour Championship, the third and last tournament that makes up the final playoffs of the PGA Tour. With this victory, McIlroy breaks the tie with Tiger Woods and stands alone as the player who has won this title created in 2007 the most times. In addition, he wins a more than succulent prize, the largest in the history of world golf, and that is that 75 million dollars have been distributed among the 30 best classified of the FedEx.

McIlroy’s victory in the Tour Championship and in the FedExCup makes him pocket 18 million dollars, about 18,111,000 euros. The prize is up three million dollars compared to 2021, when Patrick Cantlay took home $15 million. If you add what the Northern Irishman has achieved throughout the 2021-2022 season, in which he has won two more tournaments (CJ Cup and Canadian Open), in addition to having finished in the top-10 of the four majors, Rory’s earnings this year amount to 26,654,566 dollars, almost 27 million euros. And after this win and more than a decade on the PGA Tour, McIlroy has earned more than $84 million in his career. Almost nothing.

The rest of the 29 players who participated in the Tour Championship are not leaving empty, far from it. For their tied second place finish, Sungjae Im and Scottie Scheffler swelled their bank account by $5,750,000 each. After this second place for Scheffler, the earnings of the number one in the world in this 2022, the year in which he has won four titles, go up to more than 19 million dollars. For his part, Jon Rahm, who finished in 15th position, took home a $715,000 prize to close a season in which he has earned just over $6 million. About to turn 28, Rahmbo has already earned nearly $36 million competing. Finally, as a curiosity, Will Zalatoris, who could not compete due to injury despite being classified, took half a million dollars without playing.

Prizes distributed at the end of the FedExCup