How much prize money do the Golden State Warriors get for winning the NBA Finals? 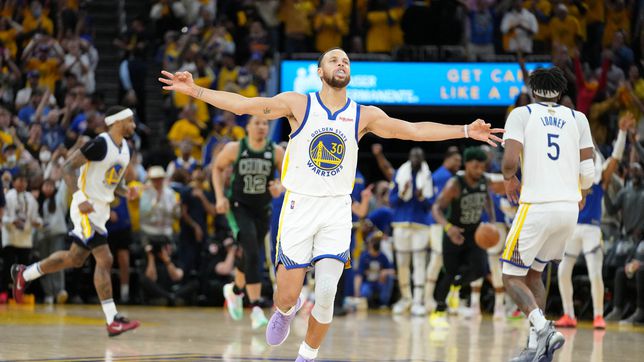 The 2022 NBA Finals are over. The 75th anniversary season, the basically total return to normality after two seasons marked by the effect of the p

The 2022 NBA Finals are over. The 75th anniversary season, the basically total return to normality after two seasons marked by the effect of the pandemic. Once again, 1,230 Regular Season games (82 per team) and some playoffs that have crowned a returning champion: the Golden State Warriors take their fourth ring in six Finals played since 2015. A very special one, the first since the return of the team to San Francisco and the first after two seasons out of even the playoffs.

What does that mean economically? In the NBA there is no direct prize for the champion, who took home the legendary Larry O’Brien trophy, which is valued at around $13,500. The amounts received by the team that wins the title vary, since an economic fund (pool) is established from which the money is distributed according to the criteria of the players union (NBPA). Last season, that total fund was $25 million. According to estimated distribution calculations, of which there is no official information, the champion took some 3.8 million, which means for each player (coaches and staff are also included in the distribution) a total of 240,000 dollars (in squads of 15 players, those who play playoffs).

This is how that common fund that comes out of a percentage of the income generated by the playoff games was broken down: the 16 playoff teams took, in 2021, $ 298,485 per head. To that we must add 355,159 for those who advanced to the Conference semifinals (8). The four conference finalists received $586,898. The finalist added another 2.3 million and the champion, the aforementioned 3.8 million.

For these 2022 playoffs, it is estimated that the final prize for the champion will be 4.1 million, which will give about 270,000 to each member of the team. It doesn’t sound like much, but it’s more than you get in the Super Bowl, where each player walks away with about $150,000 for the title.

NBA 2022: LeBron James and the Lakers, with the rope around their necks
Banchero, for number 1: the NBA talent of this Final Four
NBA inspires girls from Oaxaca: Sofia, 8, dreams of succeeding in burst sport
NBA 2827