How will the motorcycles from Aragon arrive in Japan?

On other occasions we have talked about the logistical complexity of consecutive races on the MotoGP calendar. Doing a couple of Grands Prix in

How will the motorcycles from Aragon arrive in Japan?

On other occasions we have talked about the logistical complexity of consecutive races on the MotoGP calendar. Doing a couple of Grands Prix in a row in Europe is quite a challenge and forces the teams to make a significant extra effort to arrive on time for the appointment and have everything ready and organized for the new race weekend. But when we talk about facing a transoceanic race, the challenge is even bigger and more complex.

For several decades now, MotoGP has faced a long and complex journey with what is called the Asian triplet, the trip between Japan, Australia and Malaysia, on three consecutive weekends. Although familiarly these trips are circumscribed in the same area, it should be remembered that these races are located several thousands of miles awayand they require many hours of flight to move from one to another, but it is something that is done with such regularity and safety that it hardly attracts our attention.

However, the MotoGP calendar has introduced some changes with the return of the Indonesian Grand Prix, which ended up being held in the early part of the season, taking the event in Thailand to the final stage, where we already found ourselves with the usual three races of the “Asian tour”, which has forced Dorna to carry out a reorganization of the calendar: the appointments of Aragon, Japan and Thailandleaving a weekend off to later travel to Australia and Malaysia in a single trip.

Carrying all the MotoGP material from one side of the globe to the other is nothing new for the organization of the championship, which has been dealing with this task for thirty years with huge success. Everyone lives on the alert for possible complications in the transfer. The trip from Indonesia to Argentina last March had various unforeseen events that forced the suspension of the first day of training at Termas de Río Hondo, due to the delay in the arrival of one of the planes with the material. 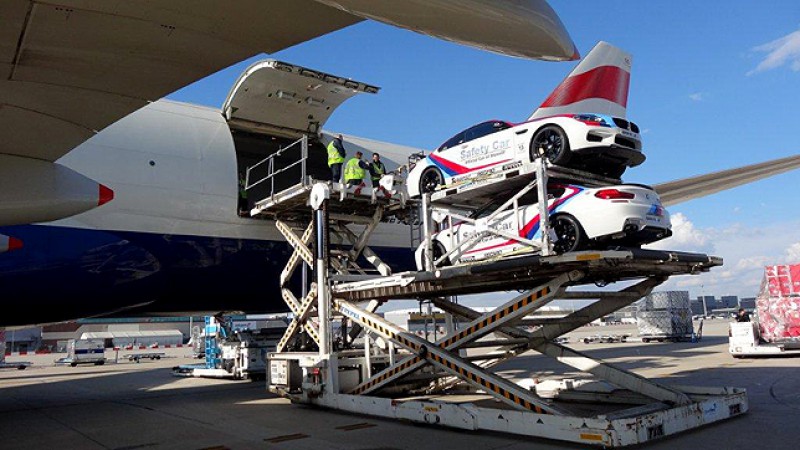 That served as learning, and aroused interest in the logistics of transcontinental travel in MotoGP. Interestingly, the one who came out on top was the website that monitors air flights, which in a few days saw its visits multiply… On that occasion, the unforeseen event arose from a damaged plane on a technical stopover in Mombasa. And the situation was complicated by the consequences of the conflict between Russia and Ukraine, which has grounded a good part of the world’s fleet of cargo planes, due to the sanctions derived from this event. The logistics of transcontinental transport is a bit more complex than other types of transport. If a plane breaks down, you don’t get off and take the next one, like you can with the bus or the subway. It’s a bit more complicated… 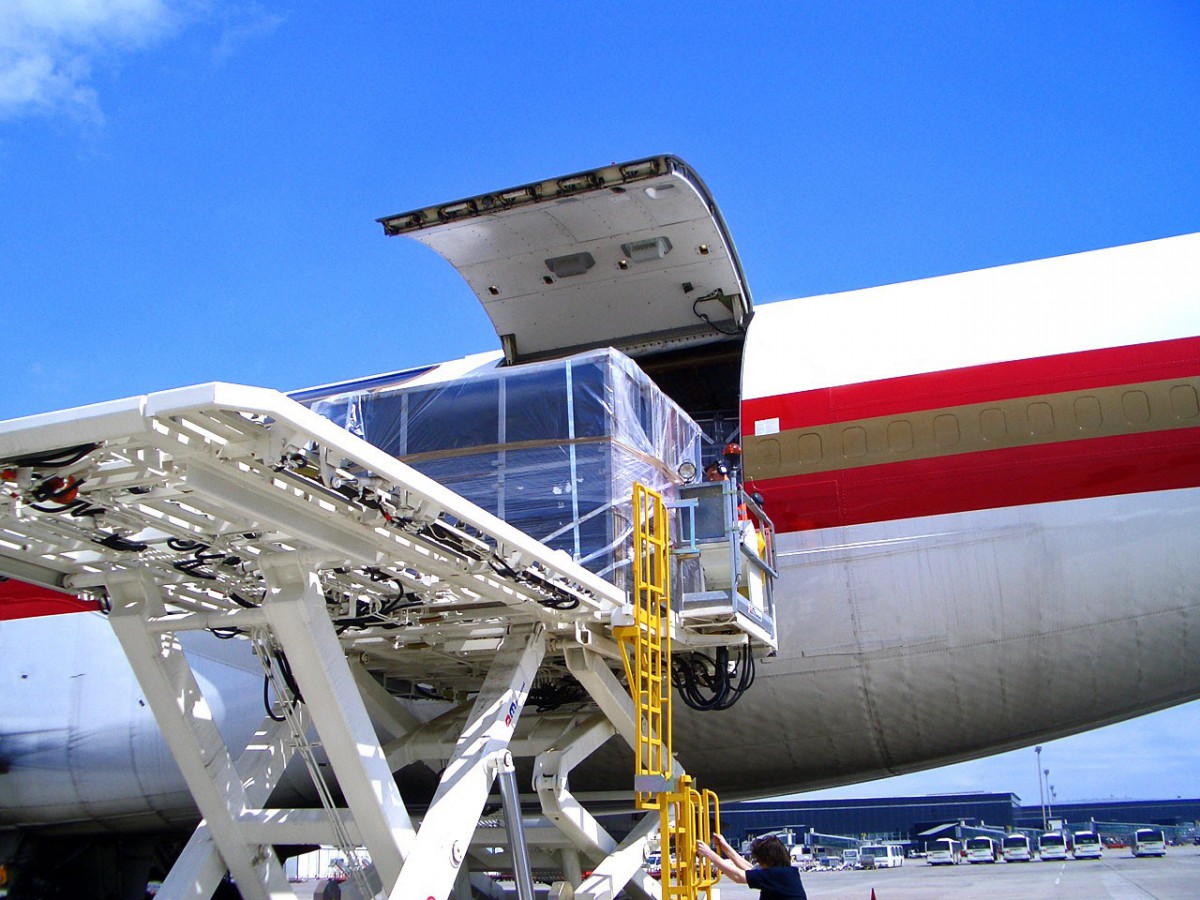 It may seem too risky to link the races in Aragon and Japan, but it made sense for the planning of the championship. So, at this point, Dorna decided to approach this move with a conservative approach, just in case any unforeseen event arose, after the experience of moving the material to Argentina.

Air traffic is always vulnerable when the air route is to Asia. Avoiding entering Russian airspace, which would be one of the most comfortable direct routes flying to Finland and from there to Japan, implies looking for alternative routes, such as via Anchorage (Alaska) to Tokyo. Finally, it has been chosen asian routemaking a stopover on the way: two planes will stop in Doha (Qatar), and the other two in Tashken, the capital of Uzbekistan, before continuing their flight to Japan. 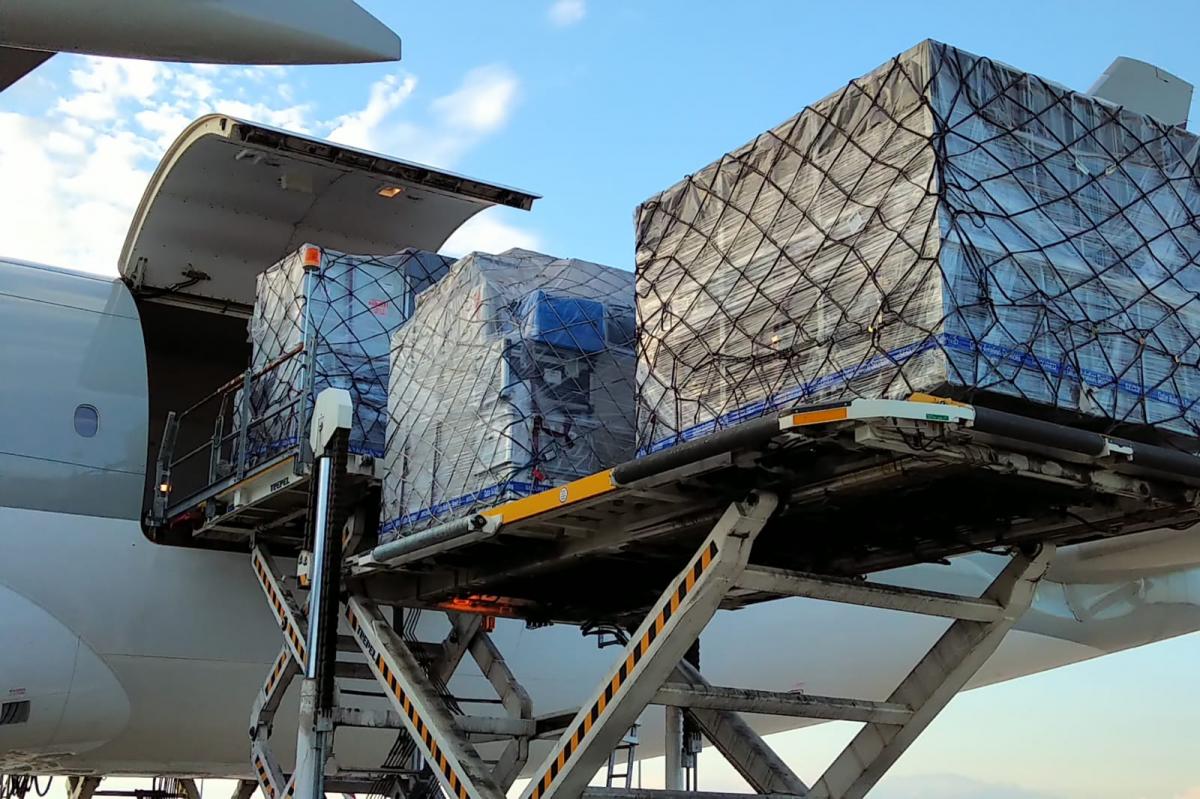 As a first step, it was decided that the training day of the Friday in Motegiwill be limited to a single session in the afternoon, longer than usual, to give the teams extra time on the morning of Friday, September 23, to finish organizing their structures and assemble all the bikes.

Moving the MotoGP World Championship from one side of the planet to the other means moving hundreds of tons of material. In this case they are necessary four planes cargo of great volume, type Boeing 747 or similar, to be able to carry everything: the motorcycles and the material of the equipment -utilities, tools and spare parts, equipment of the pits-, the equipment of the pilots -helmets, suits, gloves, boots , etc., represent an important volume-, as well as the organization’s material, which also supposes a large number of tons to be transported.

The dynamics of freight is not different from those that have been carried out for thirty years. Once the races are over in Aragón, the teams will be in charge of pack the stuff, which in paddock jargon is called “making the boxes”, because everything is stored in metal boxes of a certain volume and weight. If any rider has the misfortune to suffer a crash and damage his bike, there will be hardly any time to repair it and it will be sent to Japan as it was left. So when the team opens the box in Motegi it’s going to be double duty…

All the packaged and labeled material will be transported that same night in trucks from MotorLand to the Saragossa airport, which is located about 100 kilometers from the circuit. If there are no setbacks, the four cargo planes with the MotoGP paddock in their entrails will take off on Monday from Zaragoza to Doha and Tashken, where after making their respective technical stops they will continue their trip to Japan to Narita airport, in Tokyo, where they will land on Thursday. Several dozen trucks will wait there to transport the boxes to the Twin Ring Motegi. The circuit is about 150 kilometers from the airport, but it is a much slower and more tortuous journey than you can imagine, because the highway network in Japan is not very extensive, and most of the route is on narrow conventional roads. with many crossings of population.

And once in Motegi, the teams will begin the frantic work of unpacking and assembly. Fortunately for the staff of the teams, in races outside Europe there are no hospitality, so the work will focus on assembling the pits and putting the bikes in running order. As we said at the beginning, as a precaution and to give the teams more time, there will be no activity on Friday morning, and they will only have one session, somewhat longer, on that first day. Those of us who came out on top with this modification are the ones who will see the Grand Prix from a distance, since we won’t have to get up at dawn to see the Friday morning session live…

And when the bikes have started running, those in charge of the logistics of the championship will be able to take a break… momentarily, because only two days later they will face a new challenge to pack and send all the material until Thailand. Seeing where the first shipment had come from, this new freight is a piece of cake!

Loading...
Newer Post
The world golf war rages on in Wentworth
Older Post
Wenceslao Mansilla: “It’s the first time I can dedicate myself one hundred percent to boxing”