Huge exit from Verstappen and several accidents at Turn 1 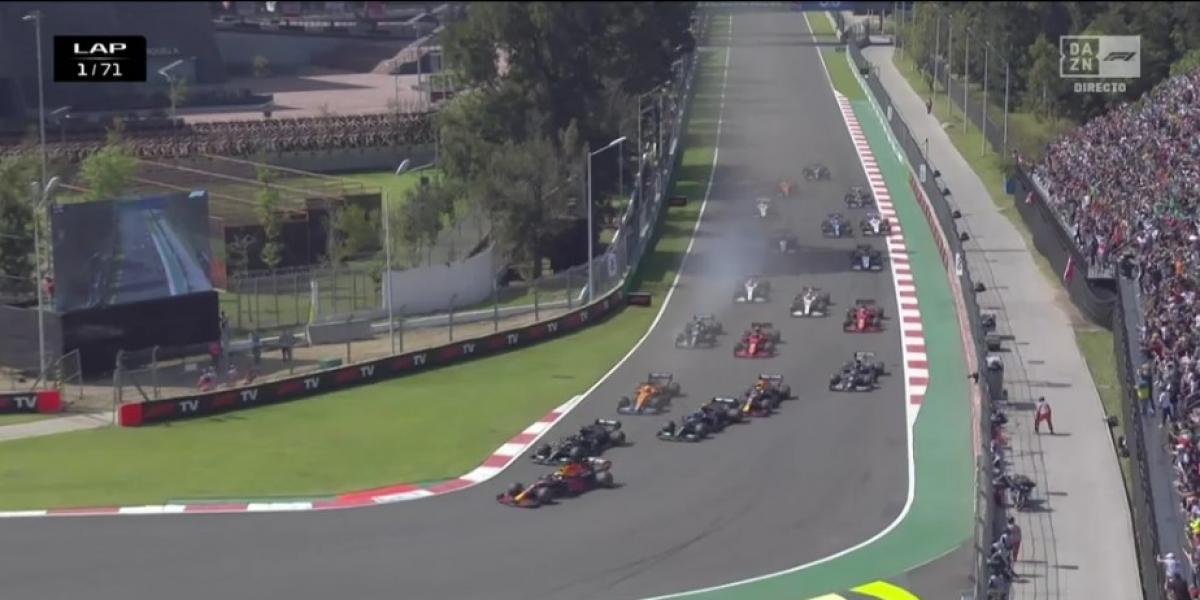 The output of the Formula 1 Mexican GP 2021 it seemed exciting. And it did not disappoint. The 811 meters that separate the starting grid with the first turn should have been a problem for the poleman Bottas, since his slipstream could take advantage of it Verstappen. Max already warned on Saturday, that he was leaving through the clean zone and could benefit from a slipstream. The Dutchman nailed it, going from third position to first, catching the Finn’s wake very well and passing the two Mercedes, Hamilton and Bottas, in one go, on the outside with a spectacular braking in turn 1. Max braked later than anyone on the outside and turned the situation around at the first change after the negative surprise he took when he ran out of pole on Saturday against the two Mercedes.

Verstappen did it perfectly, but he also benefited from a very bad start by Bottas. The Finn reacted worse to the traffic lights and that prevented Hamilton, who had started well, from closing his line to get behind Valtteri and close the door to Max. To top it all, Bottas focused on looking to the right and plugging the gap for Hamilton rather than closing his stroke to the left to slow Max down. The 23-year-old driver, current leader of the World Championship, took advantage of it to perfection to steal the portfolio from the two Mercedes masterfully.

To make matters worse, the Finn’s options would end in that first corner due to a braking pass of Ricciardo, who hit him from behind, causing him a spin that left him in last position. There, a tremendous funnel originated. Mick Schumacher and Tsunoda They closed their lines, but in the middle was Ocon. Both hit with Esteban’s wheel, one on each side, which made the German and the Japanese jump, who had to leave. This caused the safety car to leave until lap 5.

The top of Bottas harmed Carlos Sainz above all. He started sixth and with the incident of the Finn he opted for fifth place, in full fight with Gasly for the fourth position. But he found Valtteri’s car head-on and had to dodge it. As if that weren’t enough, at Turn 2 he found Ricciardo, who was without a front wing, and had to dodge him, hitting the grass and losing seats. The Spaniard dropped to seventh position and was later placed sixth again.

For its part, Alonso had to use all his reflexes to avoid a head-on collision with Bottas. The man from Oviedo also found him face-to-face, in the middle of a cloud of smoke, and turned quickly to avoid the impact. The Oviedo then surpassed Mazepin to be 11th, in search of the points.