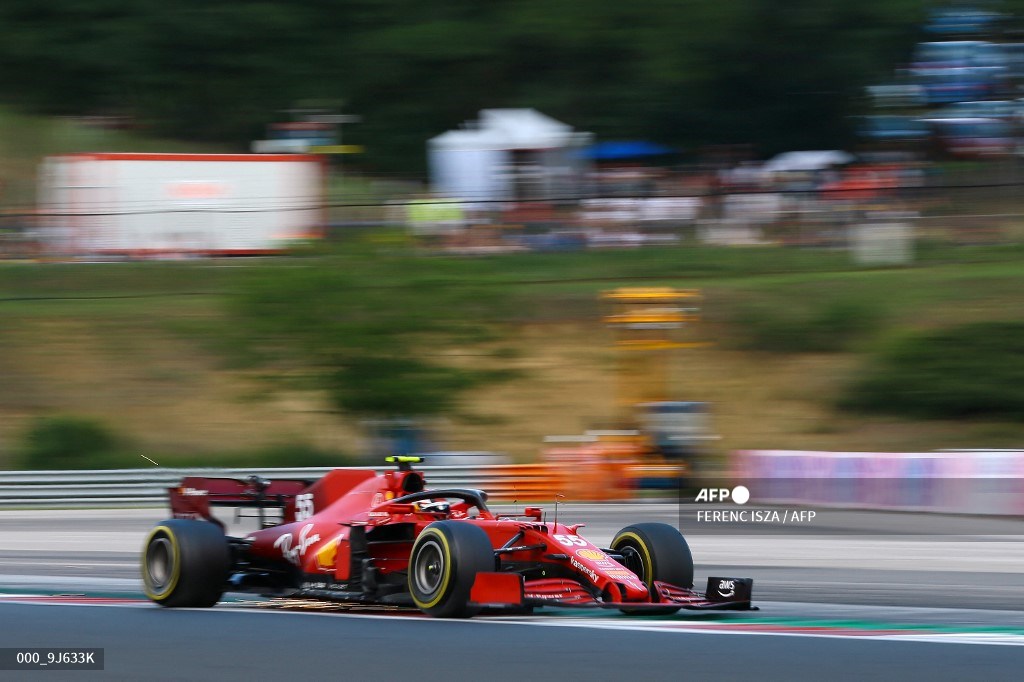 The Hungarian Grand Prixthe thirteenth of the year, which takes place this weekend at the Hungaroring, on the outskirts of Budapest, is already a '

The Hungarian Grand Prixthe thirteenth of the year, which takes place this weekend at the Hungaroring, on the outskirts of Budapest, is already a ‘classic’ of the Formula One World Championship, but it was a revolution when, in 1986, it became the first country from the former communist bloc to host a premier class race.

Formula One on the other side of the iron curtain? practically unimaginable, just a couple of years before the circuit on the outskirts of the Hungarian capital hostedon August 10, the eleventh of 16 races that year.

See also: Vuelta a Castilla and León 2022: 12 Colombians will participate in the race

But few things seemed impossible to him. Bernie Ecclestone, the genius who devised and developed this entire monumental multimillionaire-derived sports spectacle business that for several decades was his property.

Long before the term globalization was coined, the former British driver, team manager and businessman was once again ahead of his times, taking a new step in the universalization of F1: penetrating the previously impermeable territory of the countries that made up the former Warsaw Pact. Signed in 1955, in the capital of Poland; as a response to NATO, founded seven years earlier.

It is true that just three years later the Berlin Wall would end up falling, which marked the beginning of the definitive collapse of the so-called Eastern bloc. And that Hungary, once a member of the Austro-Hungarian Empire (1867-1918) -whose capitals, Vienna and Budapest, are inextricably linked by the majestic Danube-, was always the country of the communist bloc that had the closest relationship with what was then called Western Europe. But The arrival of F1 in Hungary – harshly repressed in 1956 by the Soviet Union (USSR) – was, in its day, a major surprise.

Much later, in 2004, the World Cup included China, where, without pandemics or consequences, it is usually run in Shanghai. In 2014, the now sanctioned Russia entered the calendar (in the Olympic Sochi), which, until its disintegration, was the most important of the republics that made up the Soviet Union. And the Arab world occupies an increasingly important role in a championship whose ultimate goal, close to being achieved, is its definitive establishment in the United States, which is even more familiar with other motorsport categories.

But that the hammer and sickle ended up linked to F1 -one of the great sporting symbols of capitalism- was something that very few expected when it was announced that the Hungaroring would host one of the World Cup events. Since then, he has never missed an appointment. and this weekend Hungary will host the thirty-seventh edition of its Grand Prix.

The Hungarian debut was awarded to him by Nelson Piquet, the father of ‘Nelsinho’ -former F1 driver (he was a teammate of the Spanish Fernando Alonso) and winner of Formula E, the electric championship: also unimaginable 36 years ago- and of Kelly Piquet, He is usually present on the circuits alongside the current champion and leader of the premier class, the Dutchman Max Verstappen (Red Bull).

Nelson won on August 10, 1986 ahead of another triple Brazilian world champion, the ill-fated Ayrton Senna, and the Englishman Nigel Mansell -who would be crowned in 1992-. On a track that was then 4,014 meters (now it is 4,381) and on which the Frenchman Alain Prost, who that year he would end up revalidating the title -the second of his four crowns-, he had an accident and left.

Piquet repeated victory a year later, but Ayrton would improve it in 1992, by winning for the third time in a country that currently has little to do with communism. And in whose statistics four other world champions also count two successes: the English Damon Hill, the Canadian Jacques Villeneuve, the (double crowned) Finn Mika Hakkinen and the German (quadruple winner) Sebastian Vettel.

You may be interested in: The Tour of Burgos confirmed the participation of three Colombians and waits for Egan Bernal

Senna was surpassed in 2004, with his fourth win at the Hungaroring, by seven-time German world champion Michael Schumacher., whose record for titles in F1 equaled two years ago the Englishman Lewis Hamilton, who would end up beating numerous records (which once seemed unattainable) of the ‘Kaiser’. Among them, that of victories in Hungary, where the spectacular and eccentric Stevenage champion -103 wins and as many pole positions- achieved his eighth success two years ago, in one of his talismanic circuits.

In Hungary the world was also amazed, 19 years ago, by the double Asturian world champion Fernando Alonso, who in September 2003 became the then youngest winner in history (now Verstappen is) and the first Spaniard to climb to the top of the podium in the honorable division of motorsport. The only one until, at the beginning of this month, Carlos Sainz added his first victory in the queen category to the 32 of the Asturian genius. By winning at Silverstone (England), the scene in 1950 of the first race in F1 history.