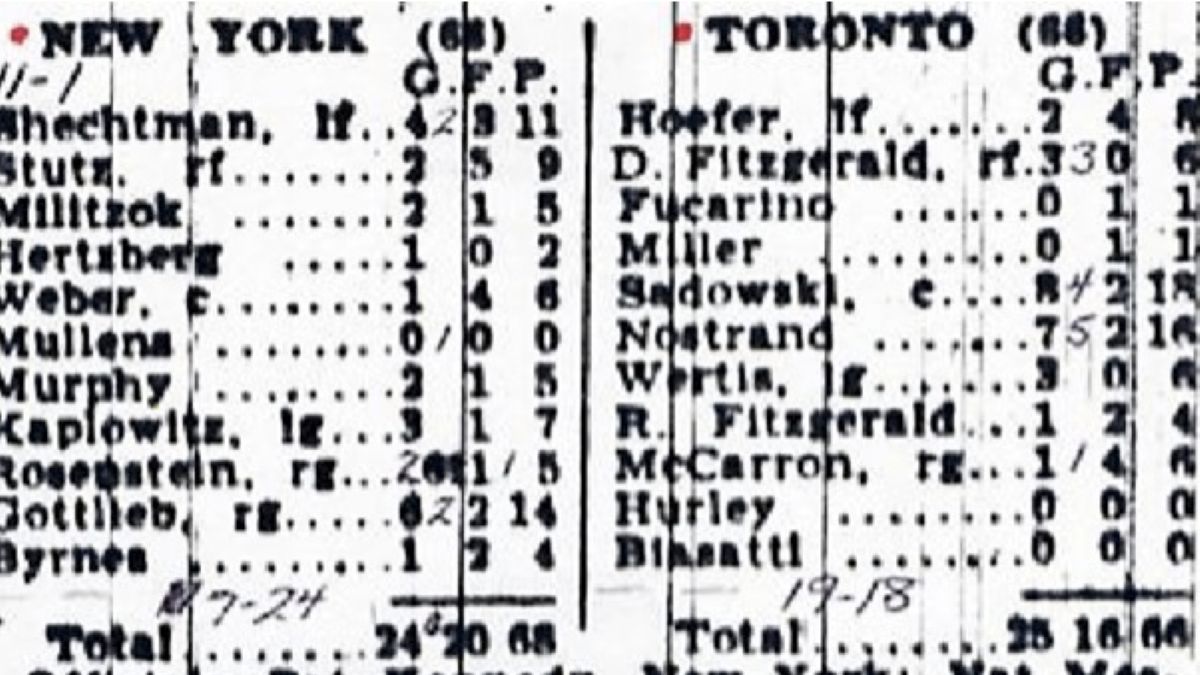 The New York Knicks and Toronto Raptors played a very special game this past morning. Not because of the result. Not because there was something

The New York Knicks and Toronto Raptors played a very special game this past morning. Not because of the result. Not because there was something more at stake than a simple regular-season game. But because they both paid tribute to the one who was the first game in NBA history 75 years ago. After him, another 133,327 games and 13.7 million points would come. Almost nothing. A lifetime.

It was on November 1, 1946. On that date the BAA (Basketball Association of America) was officially inaugurated, which three years after merging with the National Basketball League (NBL) to form what is now known as the NBA, with the Toronto Huskies-New York Knicks. The result, 66-68 for those of the Big Apple against a franchise that only played basketball one season before disappearing. The Raptors are an unofficial continuation of that mythical team. The Knicks, for their part, are still the Knicks.

The match took place at the Maple Leafs Garden and featured Ed Sadowski as the leading scorer with 18 points. Sadowski was also the coach of the Huskies. In addition, he was the first player ever to be sent off for fouls and ended his career with the Boston Celtics, prior to passing through the Cleveland Rebels. The defeat of the Huskies was cemented on their poor performance from the free throw line: 16/29. Leo Gottlieb was the best gunner in the New Yorkers with 14 points in a confrontation where the statistical sheet only collected the points, the field shots made, the free throws attempted and achieved and the personal fouls.

Boston Celtics – Brooklyn Nets, live
#LaCantina | Ja Morant, the NBA has a new star, by @iFerches
Mavericks 114-120 Wizards | NBA: Another sterile recital from a Luka Doncic (33 + 10) who is too lonely in these Mavericks
NBA 2545