“I am not a philosopher of football, I want to win” 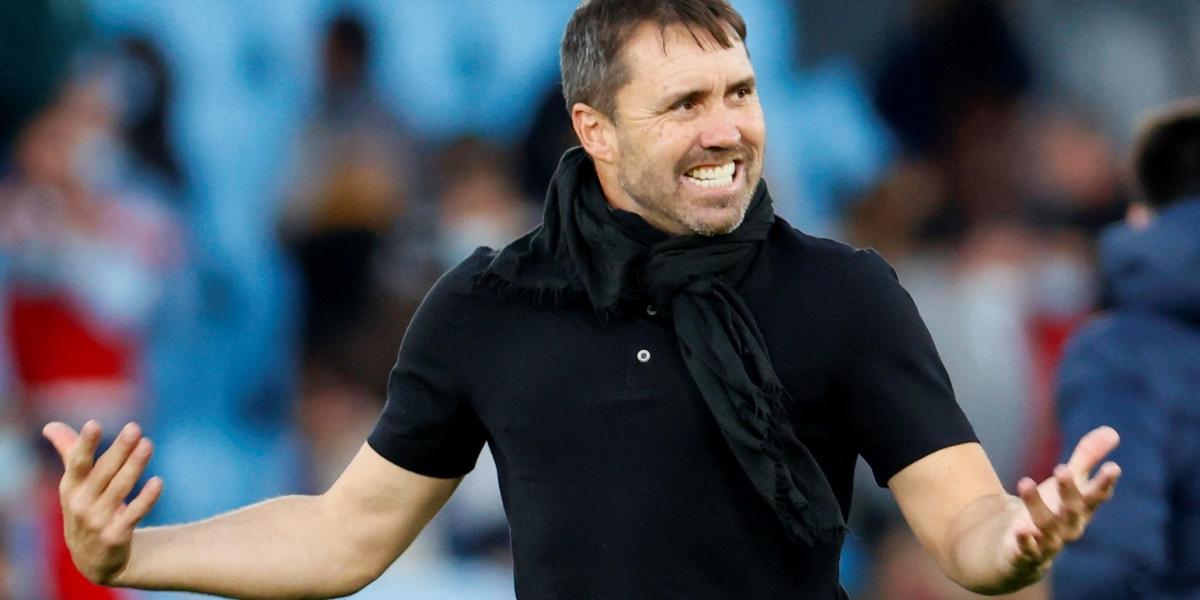 Argentine Eduardo “Chacho” Coudet, Celta de Vigo coach, believes that his team deserves to “be higher” in the standings because of the game they have shown, but he assumes that football “is not for merits but for winning games”.

“We deserve to be higher in the rankings. What the team is showing does not coincide with the score, but I am not a philosopher or a football poet, I want to win ”, commented the celestial coach in an interview with CeltaMedia in which he analyzed his first year at Balaídos.

Coudet signed for Celta in mid-November of last year after the dismissal of Óscar García Junyent, and this summer he extended his contract with the entity until June 30, 2024.

“I am left with the growth that I see from the squad, from the players, from the mentality. You see a team that tries to play football well and that has an idea that tries to carry it out at home and abroad. A team that doesn’t save anything, that goes empty every game. It’s a bit of what the fan wants to see, “he said.

After raising a 0-3 to Barça to add a point in his last game, Coudet pointed out that this Saturday they have “a good opportunity” to ratify what was seen against the Barça team.

“I am happy here. But I don’t want to say comfortable because it’s a word that creates a bit of laziness, ”added the Argentine, who showed his desire to have as long a career at Celta as that of his compatriot Diego Pablo Simeone at Atlético de Madrid.

“Hopefully it will be for a long time, but in football the results send and nobody is on the sidelines. But with the confidence that the team has been showing, we are going to improve a lot, “he said.