“I challenge anyone to say that the football pyramid is satisfactory”: Juventus president 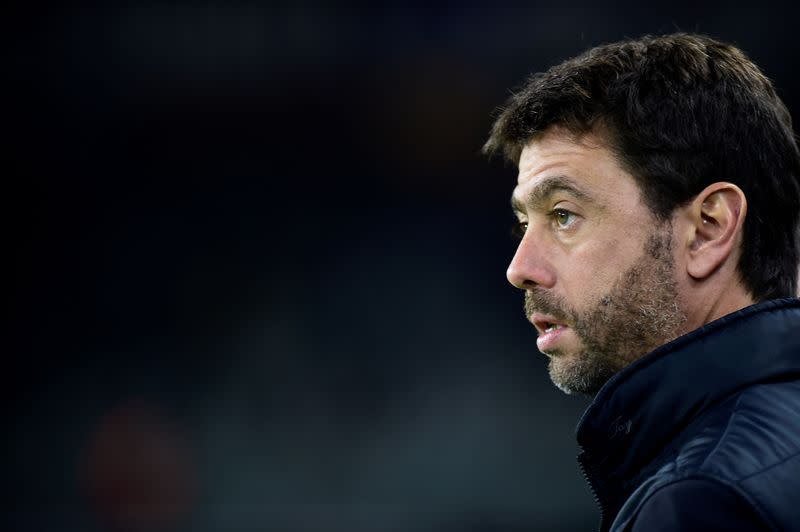 By Elvira PollinaTURIN, Italy, Oct 29 (Reuters) - Juventus president and one of the leaders of the plan to create a European Super League, Andrea A

TURIN, Italy, Oct 29 (Reuters) – Juventus president and one of the leaders of the plan to create a European Super League, Andrea Agnelli, said on Friday that he challenged anyone to say that the current system of professional football is satisfactory, at the same time that he asked again for a reform.

Juve, Barcelona and Real Madrid were the last of the 12 clubs that launched the Superliga in April to get off the separatist project.

The proposal quickly failed after widespread condemnation. Nine rebel clubs that had withdrawn within hours, including Manchester United and Liverpool, agreed to pay 22 million pounds ($ 30.32 million) to the governing body of European football, UEFA, as a “gesture of goodwill” .

Agnelli, however, still does not give up hope of making changes in football.

“Beyond the results, I challenge anyone to say that the current system of professional football can be considered satisfactory,” Agnelli said at a shareholders meeting at the Juventus stadium.

“What surprises me is that any reformist proposal is put aside, be it at the level of competition, governance or trade. For 10 years I have collaborated to change the system,” he added.

The Super League argued that it would increase the income of the best clubs and allow them to distribute more money to the rest of football.

Agnelli said that European football was concentrated in a monopoly of the executive, economic and legal power, which reserves to UEFA the “almost arbitrary responsibility to assign licenses”.

Last month, UEFA overturned a disciplinary action against Real Madrid, Barça and Juventus after a Madrid court ruled that the European football governing body should not sanction rebel teams.

The clubs are now awaiting a decision from the Court of Justice of the European Union (CJEU) on whether UEFA and FIFA are violating European Union competition rules for the way they control and operate football on the continent.

“Generally, it takes the court between 12 and 18 months to render a ruling and the case was opened in April,” Agnelli added. “We expect a ruling to take at least 15 months.”

“I am not a philosopher of football, I want to win”
Smile football! Christian Eriksen returns to training after his heart attack: the curious place where he practices – Diez
A banner signing, by Santi Nolla
FOOTBALL 1120