“I don’t watch football, I don’t know my rivals until before the game …” 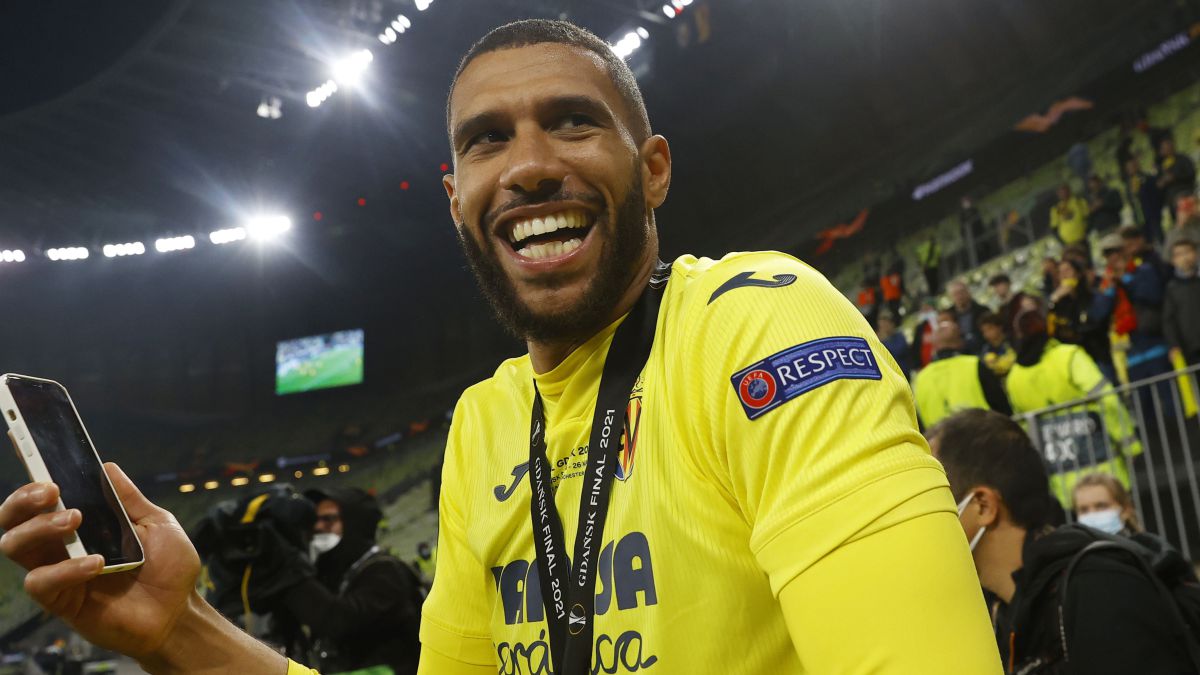 Ettiene Capoue will face Manchester United again tonight. The Frenchman has great memories of the last final conquered in Poland, but also because

Ettiene Capoue will face Manchester United again tonight. The Frenchman has great memories of the last final conquered in Poland, but also because of a curious family history that ‘unites’ him with the Red Devils club. His father, although he has always lived in France, is a great Old Trafford fan.

In an extensive interview in The Athletic, Capoue also narrates his almost non-existent relationship with soccer as a fan, his taste for the NBA and what it is like to work with Unai Emery, among other topics. These are his most outstanding statements.

Relationship with United: “My father is a huge Manchester United fan. A crazy fan. He lives in France but only follows United. He never misses a TV game. He loved Wayne Rooney so I was very proud when I got to play against him. After the game, in his last season with United, I asked him for his shirt to give it to my father. He gave it to me in the locker room and now it’s on the wall of my parents’ house, no one can even touch it. Honestly Who wants me to win when I play against them, his son or his team. I would have to ask my mother if she celebrated when United scored against us in the last game. Then she called me and told me that I had played very well. “

Relationship with football: “I wasn’t on any team when I was a kid. I didn’t watch football and I still don’t, not even one game a year. I don’t know who the players are until my coaches tell me. I think that’s enough. I don’t like watching football. , I don’t know why, but I don’t like it. If I start watching it, my whole life would be football and I don’t want that. I want to go home and be happy with my family and watch movies with my children. They are the people that matter to me and they care about me because remember, after football you are nobody. The only sport I watch is the NBA. I am a fan of the Bulls. I can talk about the Bulls if you want … I am also a fan of LeBron and I watch all his games I also played basketball and when I was 13, I had the option of going to a soccer academy or a basketball academy. My father said, ‘Hey, this is a soccer family.’

March to England: “I did not think too much about football in England, I just thought it would be the same as in France, and since I did not see it, I did not know it was not like that. I soon realized that I had to train more”

Signing for Villarreal: “Vicente Iborra was injured and was out for eight months. It was just before the transfer market. My agent told me that Villarreal wanted me and I liked the idea at the time. I knew that Villarreal was a good team and they told me they were there. in the upper part of La Liga. I had no idea where Villarreal was and when I looked at the squad I only knew Francis Coquelin, because he had played against him. Two days later I spoke with Unai Emery and signed. Emery told me: ‘You have You have to risk. ‘

A footballer that I would recognize on the street: “Eden Hazard is one of the ones I remember. Oooh, it was tough for Chelsea. He was walking on water. He was so smart. You knew he was so hard to stop, that if he wanted to change the game in an instant, he could do it. He stood up to me and I did the best I could. If someone like him is playing well, there’s not much you can do to stop him. “

Emery: “I did not know Unai when he was in England, even though the training grounds of Arsenal and Watford are right next to each other. He is an elite coach. He understands football and the players. He has very clear ideas. When You listen to him and you realize that football is much easier when you have a coach like that. I feel like
He has already done 50 percent of the work before the game starts. We know for each game what we have to do and what we can expect. He is so well prepared. If we don’t win, it’s the players’ fault. Unai speaks to me in all languages! French, English and Spanish. It’s all in his head when he looks at me, but I told him that it was okay for him to speak to me in Spanish. “

Those summoned from Chile for the Qualifiers, with three from Argentine football and one return
Fateful week for Spanish football
Mainz 05 seeks Champions League spots in German soccer
FOOTBALL 1114

Loading...
Newer Post
They arrest the rugby fugitive for the crime of an amateur boxer
Older Post
The Best 2021: These are the nominees for the best player of the year by FIFA