“I fell in love with football in a temple” 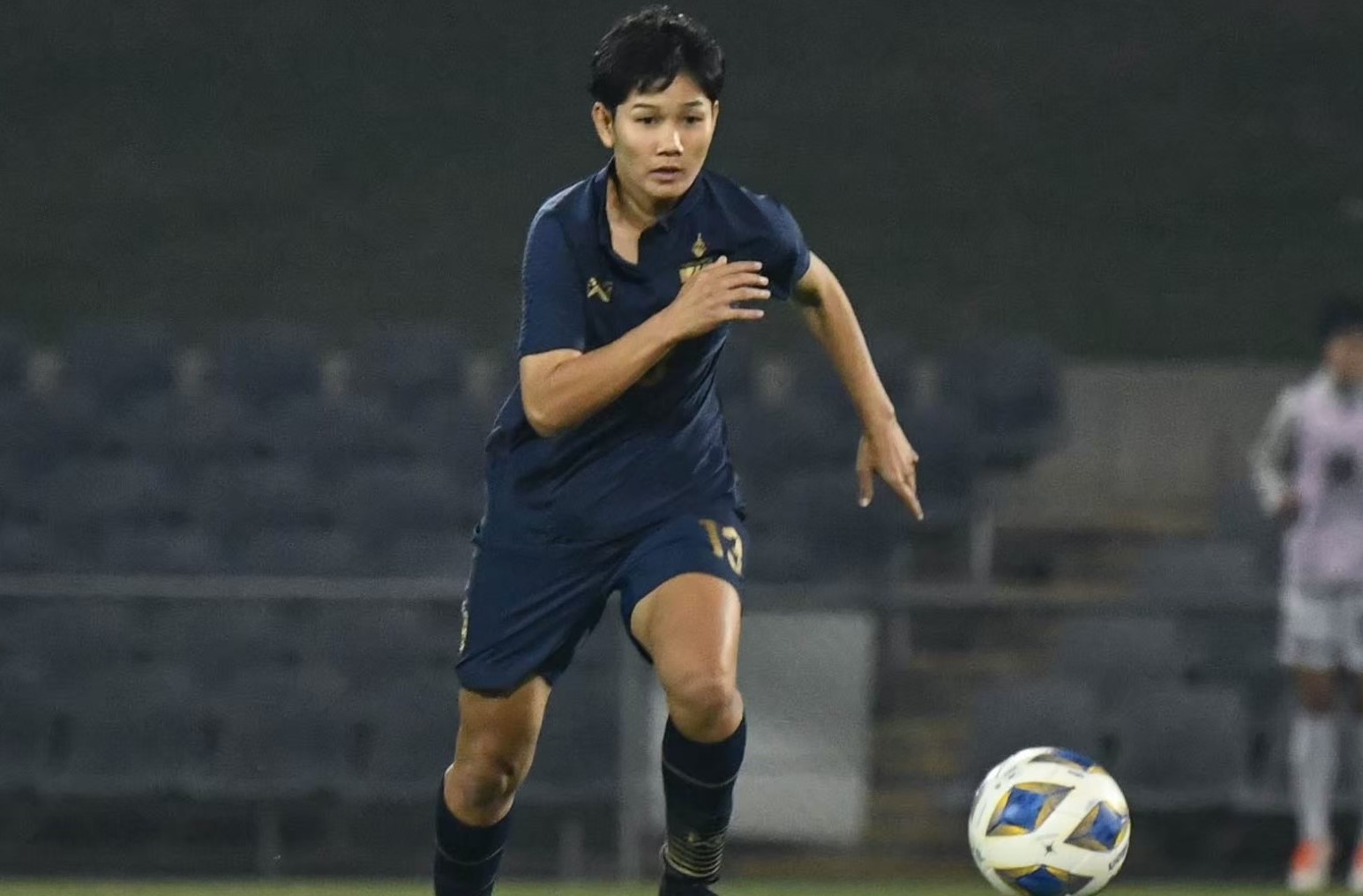 There are quite a few footballers who have a reputation for scoring goals, but what about scoring many hat-tricks? Kanyanat Chetthabutr figures in this select group. The 22-year-old attacker scored three goals in her country’s 5-1 win over Indonesia at the 2019 Southeast Asian Games and repeated it in a 4-0 thrashing of Malaysia in their first Asian Cup qualifier of theirs. AFC Women, in September.

This latest result helped the Thais easily secure a spot at India 2022, which will also serve as Asia’s qualifying competition for the FIFA Women’s World Cup Australia/New Zealand 2023™. The team managed by Miyo Okamoto begins its campaign against the Philippines this Friday and Chetthabutr faces this challenge with high hopes. “I am very happy to have scored the hat-trick against Malaysia,” she told FIFA.com. “Because the Asian Women’s Cup qualifying was our first major competition in a long time and my goals helped the team to the finals.” “India 2022 is my second Women’s Asian Cup. We managed to get to the last Women’s World Cup and obviously our goal now is to push ourselves to be able to go to Australia/New Zealand as well.”

Trainings in a temple and Christian as inspiration

Interestingly, Chetthabutr did not start playing football at school or in a park, but at a place of worship. “There was a court in a temple near my house,” he says. “So every day I went there with my friends to play after school. That’s when I started to really fall in love with football.” Despite his humble beginnings, Chetthabutr set his sights high and was inspired by two current Manchester United figures: Cristiano Ronaldo and Edinson Cavani. “Ronaldo is my idol,” he says. “I love and respect his work ethic and his dedication to football. He always stays fit and ready to perform for his club and his national team”. “Cavani is another of my favorite players. He has an amazing ability to score goals, a striker has to have that kind of instinct to give the team wins.”

Chetthabutr made remarkable progress learning from his idols. At the age of 13, he passed a test to enter a local sports school and later another that allowed him to reach the Thai youth team. Then, at 17, he received his first call-up to the senior national team. It didn’t take her long to demonstrate her skills as a predator of the area, when she debuted as a scorer wearing the colors of her country against Portugal, in a friendly. His first hat-trick would come later, against Indonesia. That performance helped consolidate her in the national team. “It was a great moment, I will remember it all my life,” he confesses. “It was my first Southeast Asian Games, so to do a hat-trick was memorable.”

Chetthabutr watched on television Thailand’s first ever participation in a Women’s World Cup, Canada 2015, and although she played in the preliminary competition for France 2019, she did not make the final squad for the tournament. Needless to say, she is now determined to help her country advance to the first World Cup event of her career.

“I think we have a good chance of qualifying as the quota allocated to Asian teams has increased,” he says. “But we have to go game by game, give everything in each game and see where our work takes us. All the teams in the final phase aspire to get a place in the World Cup, but we are going to be totally focused and try to reach the tournament for the third time in a row”. “There is no doubt that playing in the Women’s World Cup would help me make the leap to a high-level foreign league. I will always strive to push myself and progress to help Thailand become a powerhouse in women’s football.”

This is how the historical table of Argentine football remains: Boca, River and clubs with more official titles
Carlos Tevez’s confusing statement about his present in football: “Since I retired…”
WOMEN’S FOOTBALL Real Sociedad is one step away from getting into the Champions League
FOOTBALL 2331