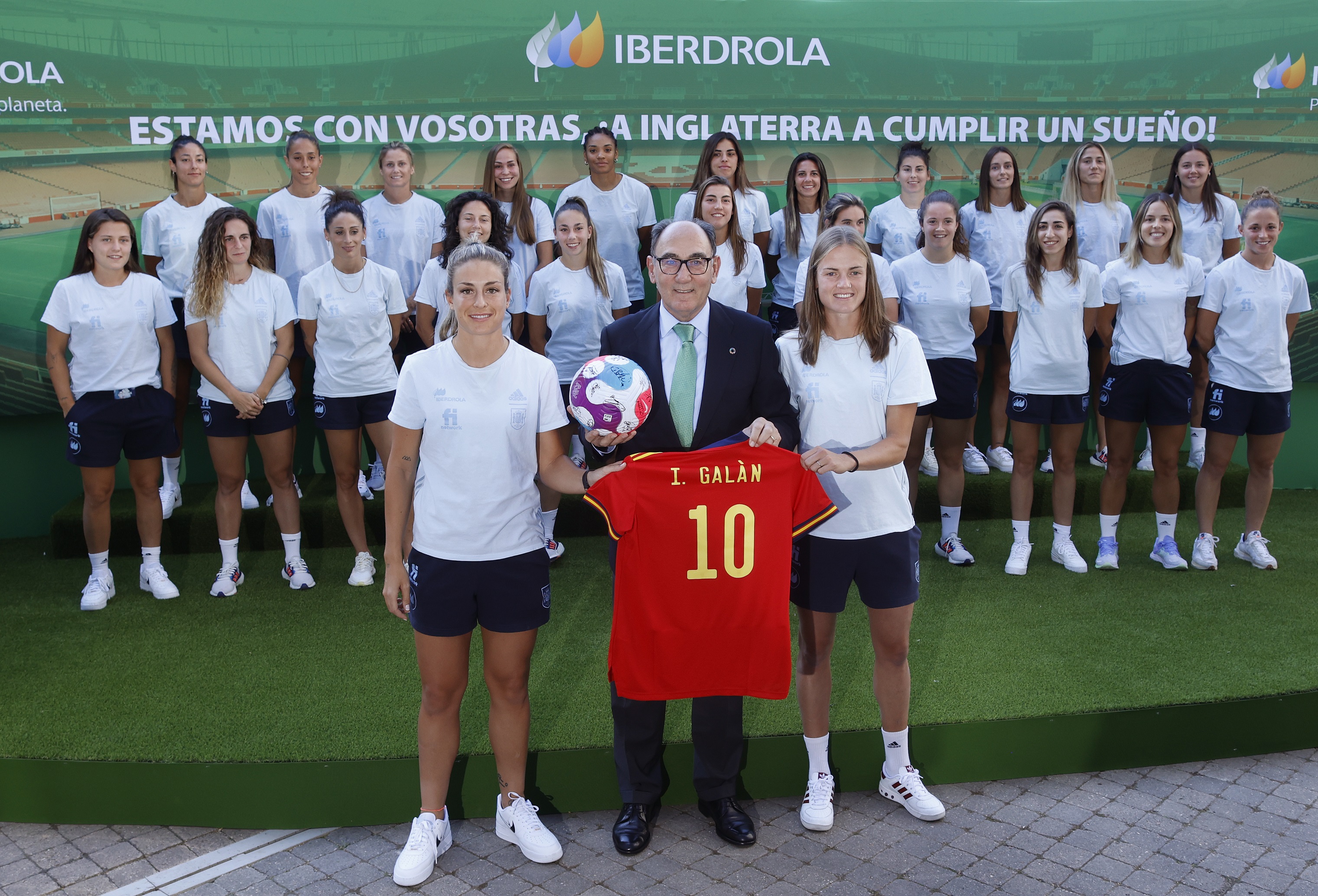 The chairman of Iberdrola, Ignacio Galán, accompanied by the ambassador of the United Kingdom, Hugh Elliott, welcomed the soccer players summon

The chairman of Iberdrola, Ignacio Galán, accompanied by the ambassador of the United Kingdom, Hugh Elliott, welcomed the soccer players summoned to the previous concentration in order to represent Spain at Euro 2022 at the company’s facilities in Madrid, to who have transferred all their support and drive for this important competition that will start on July 6.

At the meeting – held under the motto We are with you, to England to fulfill a dream! – which they have arrived accompanied by the national coach, Jorge Vilda, and his technical team, Galán has encouraged the members of the national team to overcome all challenges through the values ​​they share with Iberdrola: teamwork, perseverance, sacrifice and will to overcome.

Galan has reminded the players of the important role they play in building an egalitarian society, already consolidated as sports references for many young women and girls, for whom they are an admirable mirror in which to look at themselves, and has been convinced that the team is going to provide “some wonderful moments of football” thanks to all the energy, enthusiasm and strength that it shows.

In line with its commitment to equal opportunities and the empowerment of women, the company supports 32 Spanish federations, including the Royal Spanish Football Federation, with which it has collaborated since 2016.

The promotion of sports practiced by women has become a key lever for Iberdrola and for the promotion of real equality between men and women, one of its essential values. In 2016, Iberdrola became the first company to make a firm and global commitment to equality and the empowerment of women through sport.

Reducing the gender gap in sport is a commitment to women’s equality through excellence and translates into an important benchmark for girls, from their practice of physical activity and sports at all levels of the educational system, to point out to them that the path to federated and high-performance sports is also possible for them.

Tags: sports, Iberdrola, Football
The Latera Superliga continues to pure football
Virginia Torrecilla talks about her return to football after two years away due to her illness
Leonese football believes in its future
FOOTBALL 2697

Loading...
Newer Post
Another promotional boxing Friday is coming at Center 11
Older Post
Players from the dissident league LIV Golf will be able to participate in the British Open (organization)