Ibeth Zamora seeks to highlight her Otomi roots in boxing 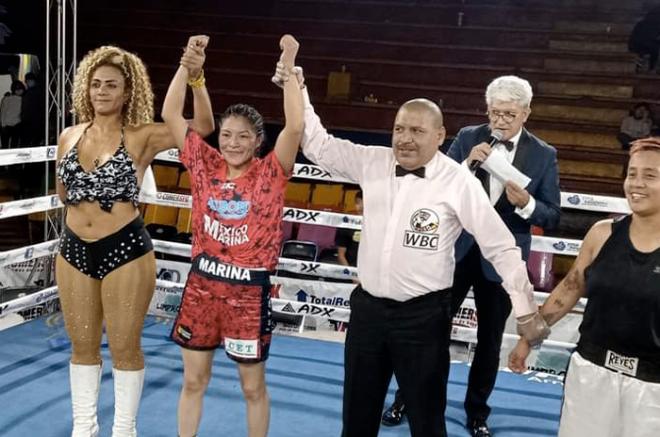 Ibeth Zamora, former world champion, made clear his desire to regain the world title by beating Jessica Guadalupe Martínez Castillo by way of knockout in which was the stellar contest of the evening called “BY THEM”, function that took place in the Neza Arena in Nezahualcoyotl, Mexico state.

#Toluca players will have a month of vacation

Zamora showed a desire to resume her status as world champion, after stopping for a year and five months, which is why she faced a fierce opponent like Jéssica Guadalupe Martínez.

Since she began her career in boxing, Ibeth Zamora Silva has faced various obstacles, but thanks to her determination and impetus, She has overcome barriers and shows the pride she feels for her origins, expressing that she wants to return to being a world champion.

One of his greatest prides is that women’s boxing gains strength and that in gyms you see girls and young people who seek to transcend in boxing, so he expects salaries to improve.

“I am glad that the promoters realize that women have the same value as a man and that soon the salary table will also be the same,” added La Roca.

However, in 2018 Ibeth changed his nickname, he was no longer “The Rock”, because from that date onwards was renamed “La Guerrera Otomí” because he wants to emphasize what his title has meant for his community, in San Cristóbal Huichochitlán, State of Mexico.

The decision to call Ibeth like that is in honor of the Otomí regionwhere the boxer of the world has been the object of admiration and pride for her great effort to achieve everything he has done throughout his sports career.

She is currently 33 years old and has a record of 33 victories, 13 of them by way of chloroform, in exchange for seven defeats, and she declares herself ready to to face Marlén Esparza, current flyweight champion of the World Boxing Council and surely at the beginning of next year the fight takes place.