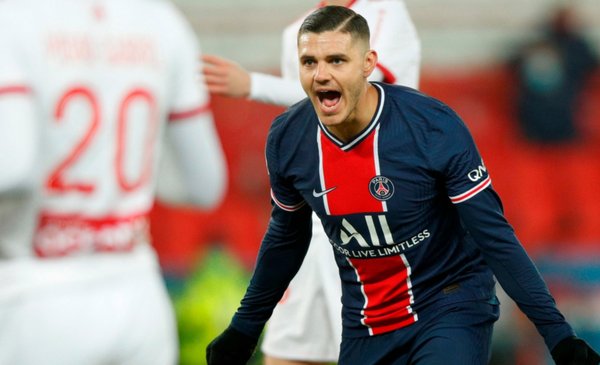 August 14, 2022 – 22:30
After not having a place in PSG in France and unable to get a club in Europe, Newell’s fans started a move to bring the striker to leprosy.

Argentine striker Mauro Icardi, who is not taken into account by PSG in France, also did not receive the go-ahead at Monza in Italy and still does not know where his career will continue, so Newell’s fans started a campaign to take him to leprosy.

Icardi was separated from the PSG professional squad by the new coach, Christophe Galtier, and everything seemed to indicate that his future would be in Italian football. His name began to sound like a possible reinforcement of the Monza club, one of the teams recently promoted to Serie A, whose owner is Silvio Berlusconi.

However, the one who lowered the thumb to the Argentine attacker was Adriano Galliani, general director of the institution.

In this way, the clubs that sound to incorporate Icardi are Manchester United from England and Galatasaray from Turkey, although Newell’s fans started a utopian campaign on social networks to tempt Wanda Nara’s husband.

The hashtag #IcardiANewells began to go viral after the large number of messages from leper fans on Twitter who asked for it.

Tags: newells, Icardi, Professional League
Are you returning to Argentine football? In case of leaving Celta de Vigo, Chacho Coudet could become the new technical director of Racing
All Argentine soccer champions
Surprise? Porto wants one of the jewels of Argentine football
FOOTBALL 3668