“If it was boxing, they beat us up, but we gave them the blow that knocked them out” 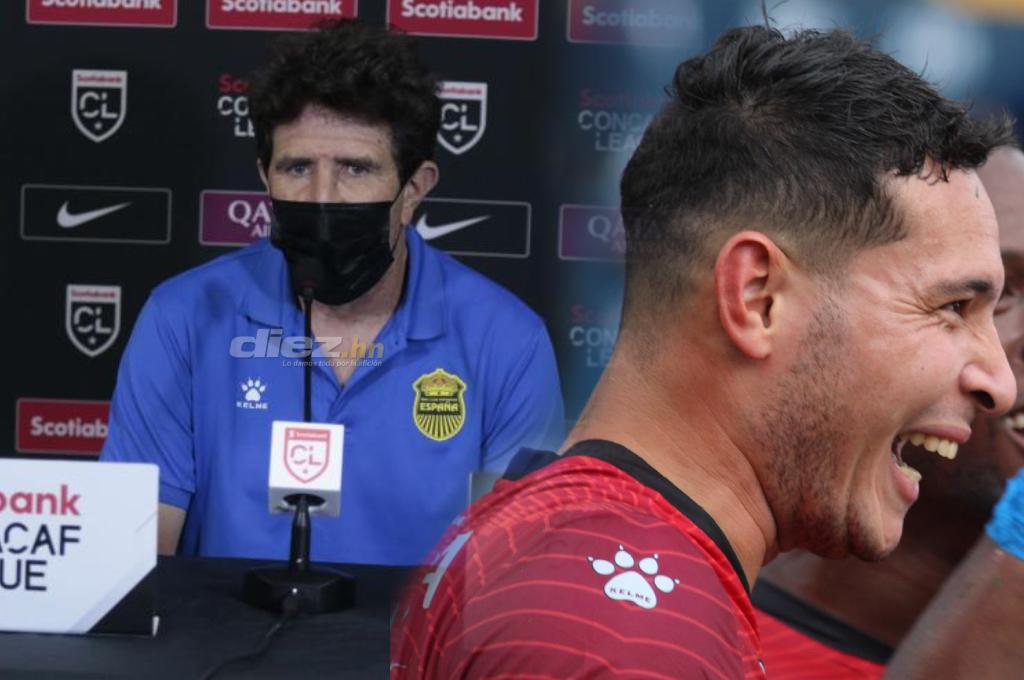 2022-08-25 With maximum confidence after closing a solvent key, the coach of Real España, Héctor Vargas, gave his point of view o

With maximum confidence after closing a solvent key, the coach of Real España, Héctor Vargas, gave his point of view of what happened in the away win (2-0) against Cartaginés for the round of 16 of the Concacaf League.

La Maquina eliminated the Costa Rican champion with a resounding 4-0 overall in their favor and the Argentine strategist pointed out that the merit comes after being conclusive against the dominance of the foggy squad.

In the same way, he left a couple of interesting phrases, such as his reference to the triumph in the boxing field and his criticism of the “unintelligible” change in strategy of the rival team led by Géiner Segura and Mauricio Wright.

“From my point of view, we hit at the right moments, a worthy and very good opponent. When they handled San Pedro for us, we scored the second goal. Here we did the same. They do not come well in the local tournament and that is reflected here. If it was boxing, they beat us up, but we gave them the blow that knocked them out.”

For those who doubted…

“Hope is the last thing that is lost, at first they doubted us because we played with Estelí who always eliminated Real España, now we got the Costa Rican champion. Here are the results, now let’s see how far we can go with the players we have”.

Herediano, the rival in the quarterfinals

“I already confronted him with Olimpia. It is necessary to analyze it with the platforms, it is going to be a complicated rival. We have to see how we arrive in football, also take care of physical health. This is the ninth game we’ve played in a month, we’ll see how it goes”.

“Costa Rican soccer, if they put it dynamic, it’s already good, but it takes more of that. Mexicans play, but they know why they do it. I use a more practical football, I like it. If they put that element in him in Concacaf, he would be unstoppable.”

“What he will say may not please him, but the line of three that he put together there confused his team, I am not Mourinho, but it is my point of view. They had never done that, they made a question that nobody understands. We also hit at the right moments, that’s the truth.”

Tags: FIA
F1: Ferrari veiled threat to veto the 2023 technical regulations
F1: Haas on the brink of the financial abyss, while Andretti is still on the prowl for a place
“Important moment”: Formula 1 surprised with an unexpected announcement
BOXING 4236