Ignacio Capella or the ambition to win in the UFC 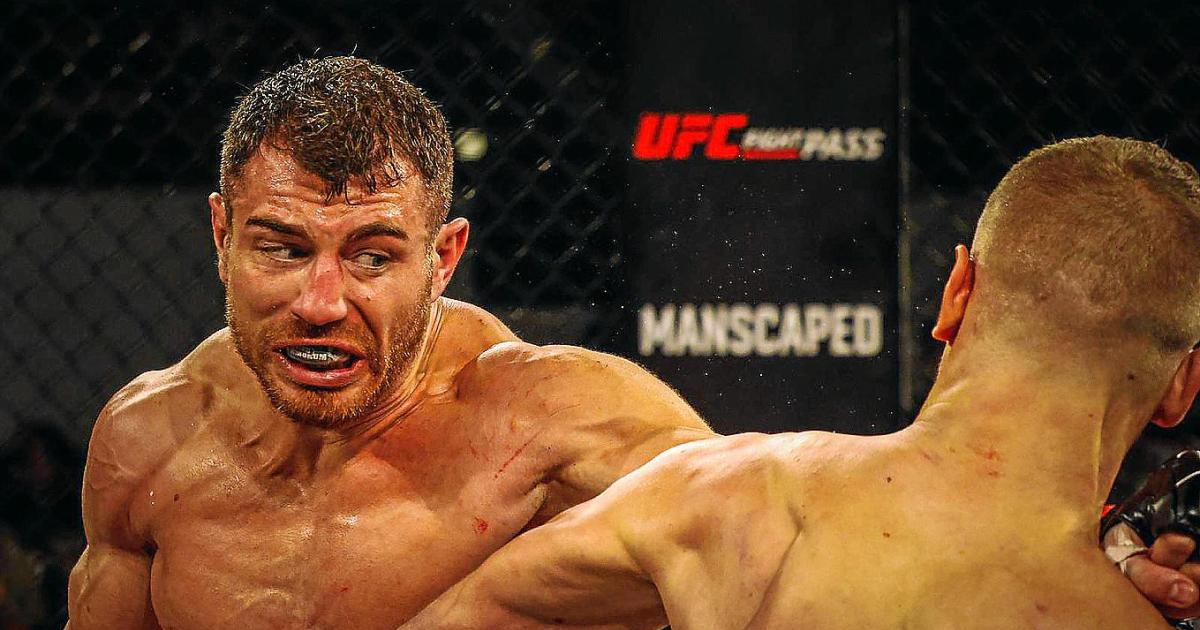 Ignacio Capella is a young Menorcan, originally from Sant Lluís, who at 29 years old combines knocking out his opponents with powerful blows with p

Ignacio Capella is a young Menorcan, originally from Sant Lluís, who at 29 years old combines knocking out his opponents with powerful blows with promoting educational values ​​through a StartApp of which he is a co-founder. Proud of his roots, he decided to return to the island during the pandemic after having been, first, at the General Military Academy in Zaragoza and, later, in Barcelona where he graduated in Industrial Engineering and became a professional in martial arts. mixed. Currently, he is facing his next fight, which is not yet closed, which can catapult him to stardom in the UFC while trying to internationalize his company in the US.

How did Mixed Martial Arts (MMA) come into your life?

—When I was 14 years old I was between football and martial arts. But, there came a point where I saw football as an obligation, so I gave it up and started training with Jonathan Cutillas in a very small group because there was no gym in Menorca that was dedicated to wrestling. However, Eloy Blanco arrived in Menorca and set up El Club De La Lucha in Es Castell and that’s where I started. We did MMA, muay thai, grappling, Filipino kali… We tried everything. Since then, Eloy Blanco has always been my coach. In fact, the preparation for my last fight was very endearing because, after a few years in Barcelona, ​​I returned to prepare it with him here, in Menorca. It was like being sixteen again. And besides, I won!

What is going to be your next step?

—Now in August I train all month at the American Top Team (Florida), which is one of the best MMA academies in the world, to reach my full potential. Then I have several possibilities. For one thing, there’s the option of competing in Dana White’s Contender Series, which is an event put on by the president of the UFC where if you win, you get into his league. On the other hand, there is also the possibility of fighting in the PFL, which together with Bellator, is the second best league in the world.

According to Gonzalo Campos, a renowned journalist specializing in mixed martial arts, you are among the three Spanish fighters who are most likely to enter the UFC. What do you think about that?

—My goal is to enter the UFC. It’s the truth. But I’m clear that I don’t want it to be a ‘one-shot’. I want to come in and stay. Therefore, I have to take things easy and reach my highest level. You have to do things right. It is not enough to arrive. You have to come and win.

However, you break the stereotypes that society assigns to fighters since your life is not limited to knocking out your opponents inside an octagon. Tell me about Seeds Of Respect, a company you co-found and sales manager.

—In the beginning, we held seminars in gyms to teach victims of bullying and gender-based violence how to defend themselves. Interestingly, in the gym there was a man who worked in an investment fund focused on virtual reality and we decided to merge our work with new technologies to convert a scalable product that could reach many people.

And you focused on teaching through virtual reality, right?

—Yes, but we saw that it was difficult to teach self-defense through virtual reality. So we focus on the previous phase to avoid those situations of violence. So we focus our work on educating to avoid future abusers and how to detect these situations to nip them in the bud. Thus working empathy and decision making. Since according to the consistency principle, if we stop a bullying action in a virtual environment, then in the real environment it is easier.

In addition to this StartApp, he is also co-founder, together with Fabià Sintes, of the Levium Armorum team, located in Es Castell. How did the project come about?

—Two years ago, in the midst of a pandemic, I returned to Menorca. So, Fabià and I decided to set up this team with the aim of promoting this sport on the island and of forming an entirely Menorcan competition team of international renown.

The name of the gym is striking: Levium Armorum. What does it mean?

—We chose this name because, during the Punic Wars, the Balearic slingers were known as the Levium Armorum, since they were characterized by going without armor. Also, as a curiosity, they only fought in exchange for wine, oil and women. What was missing in the islands.

Tags: sports Center, UFC, Ignatius Capella
UFC: The rebel Paddy Pimblett shows his butt “to those who wanted to embarrass me because of my weight”
Nadal, tempted to play the Spanish Open golf!
Boxing: Kerman Lejarraga loses against Metcalf in a very hard-fought match
UFC/MMA 1199