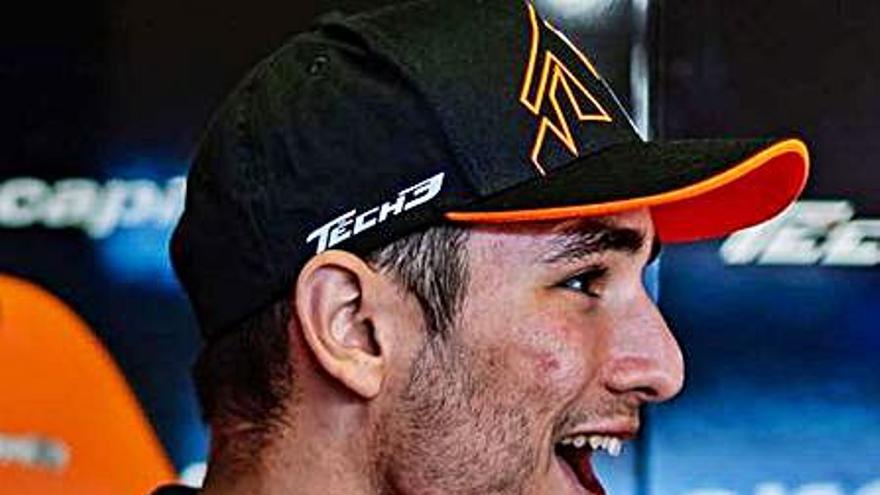 Valencian Iker Lecuona and Xavi Vierge from Barcelona have been confirmed as teammates in the Honda team for the World Superbike Championship in 2022. Both will compete on the handlebars of a Honda CBR 1000 RR Fireblade. Lecuona, a 21-year-old Valencian rider, debuted in the Moto2 World Championship in 2016 and is currently closing his second full season in MotoGP, always with the KTM satellite team (Tech3) while Vierge, born in Barcelona 24 years ago, He is concluding his sixth season in the Moto2 World Championship. The Valencian rider himself confirmed what was an open rumor since weeks ago, when he was left without a place in KTM, that he has preferred to bet on Remy Gardner and Raúl Fernández: «I want to tell you that I will compete next year with HRC in the World Championship of Superbike. It’s going to be a great challenge and I’m sure I’ll enjoy it a lot, but first, let’s get the most out of the last two races of the season. Thanks”.

Iker Lecuona will succeed Xavi Forés, the last Valencian to race in the World Series for standard motorcycles. He and Vierge will replace Spanish Álvaro Bautista (who is returning to Ducati) and Britain’s Leon Haslam on the official Honda team. At 21 years old, he will be the second youngest rider on the grid, only surpassed by Luca Bernardi from San Marino, who turned 20 in August.

Lecuona, of a Valencian mother and a Basque father living in the Malilla neighborhood of the Valencian capital, made his debut in the Moto2 World Championship in 2016. In 2018, after an exhibition with his first podium in Cheste in the rain, second at 18 years old, and A second podium in Thailand the following year, where he was third, landed in MotoGP, where he debuted in 2019 at the Circuit Ricardo Tormo.

Since meeting his start he has achieved his best results with the KTM team, finishing sixth in Austria, where he brushed the podium in the wet, and seventh at Silverstone, as well as starting eighth at Misano, his best position on the grid. He has 38 points with two races remaining, and has contested 28 Grand Prix in MotoGP and 55 in Moto2, 83 in total.