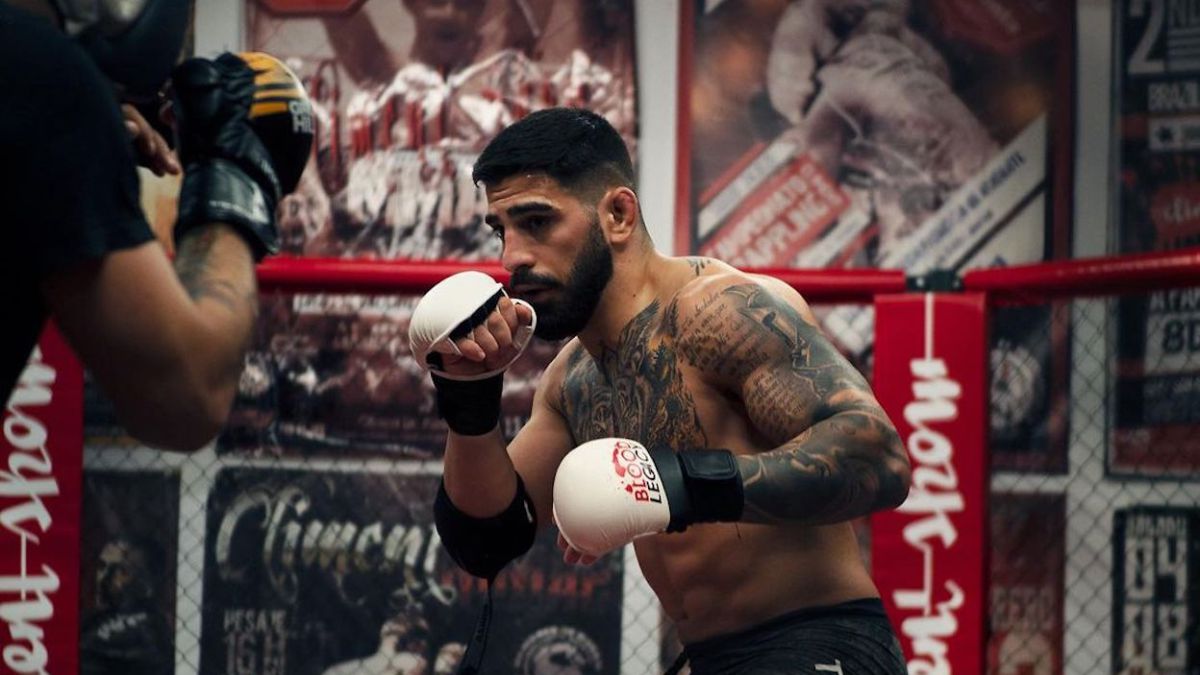 Ilia Topuria arrived in California on Wednesday. There, at the Honda Center in Anaheim, he will play his fourth fight in the UFC on January 22.

Ilia Topuria arrived in California on Wednesday. There, at the Honda Center in Anaheim, he will play his fourth fight in the UFC on January 22. The 24-year-old Spanish-Georgian faced a very big challenge. It was the third fight in importance of the first PPV of the year, UFC 270, and faced the Russian Evloev. The victory would put him in the top 10, but that fight will not take place. His opponent tested positive for covid on the same day that Ilia flew with his team to the United States.

The UFC quickly went looking for a new opponent. As AS has learned, the chosen one is the Canadian Charles Jourdain. The 26-year-old from Montreal is a fighter with great experience in the UFC. Next Saturday will be his eighth fight in the most famous cage in the world. His accumulated record in the company is 3 wins, 3 losses and 1 null (12-4-1, in his career). Jourdain is coming off fighting, and beating Andre Ewell on points, in the last UFC event of the year on December 18.

Jourdain’s is not the only name that the UFC handled. The first option was that of Charles Rosa, whom the company preferred to place this Saturday, at UFC Las Vegas 46, against TJ Brown. Rosa’s idea was to face both fights, but it was not the company’s. Then the name of Jourdain appeared, who had challenged Ilia on social networks when Evloev’s withdrawal was known. Another who used the nets to launch the ordago was Andre Harrison, who had against not belonging to the UFC. While, Topuria challenged Dan Ige, with whom in the past he had exchanged messages on social networks and that would leave him in a lawsuit with a similar importance to the one he had. It was difficult for a ranked player to accept with such little time, and so it happened. Therefore, now ‘El Matador’ must show that he is the clear favorite and launch his challenge again to someone from the top15.