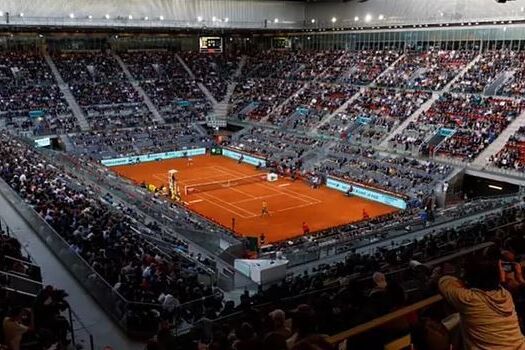 The transaction is expected to close during the first quarter of 2022, provided that the ATP, WTA and regulatory bodies give their approval.IMG ann

The transaction is expected to close during the first quarter of 2022, provided that the ATP, WTA and regulatory bodies give their approval.

IMG announced today that it has reached a definitive agreement with Super Slam Ltd and its subsidiaries to acquire the Mutua Madrid Open tennis tournament and the Acciona Open golf tournament in Spain. The financial details of the agreement have not been disclosed.

The Mutua Madrid Open, one of the nine ATP Masters 1000s and the four mandatory WTA 1000 events, will become part of IMG’s list of most important tennis tournaments, including the Miami Open and other events. of the ATP and the WTA. Owned by Endeavor, IMG is one of the world leaders in sports, events, media and fashion,

&#8220;The Mutua Madrid Open will be a great addition to our global events portfolio and to the tennis business, which will now feature two of the three mandatory combined events on both circuits,&#8221; said Sam Zussman, IMG Co-President of Media and Events in a statement. &#8220;We&#8217;re looking forward to leveraging Endeavor&#8217;s broader network to further enhance the fan experience and add value through production, media, brand partnerships, retail, and hospitality. just like we have done with the Miami Open. &#8220;

Through the acquisition, Madrid Trophy Promotion SLU (MTP), the Spanish entity that manages the tournament will become part of IMG, and the general director of MTP and director of the tournament, Gerard Tsobanian, will become Senior Vice President of Events of IMG tennis. Tsobanian and his team will continue to oversee the day-to-day running of the Mutua Madrid Open as part of IMG&#8217;s global tennis events division led by Gavin Forbes.

The 20th anniversary edition of the tournament will be held next year from April 26 to May 8 at the Caja Mgica in Madrid, Spain. The Mutua Madrid Open is one of the two key clay court events preceding Roland Garros and features an illustrious palmars that include Roger Federer, Serena Williams, Rafael Nadal, Petra Kvitova and Novak Djokovic.

Since Endeavor&#8217;s acquisition of IMG in 2014, the company has enhanced the Miami Open into a world-class showcase featuring the best of tennis, food, art and entertainment. In 2019, IMG moved the tournament to the Hard Rock Stadium, home of the Miami Dolphins and global entertainment destination, which annually welcomes more than 350,000 fans and boasts one of the largest broadcast audiences outside of the Grand Slams and Tour. Finals.

IMG is the owner, producer and business representative of hundreds of events including sports, entertainment, culture and fashion, such as the Professional Bull Riders (PBR), the WGC-HSBC Champions, the Frieze art fairs, New York Fashion Week : The Shows, the Hyde Park Winter Wonderland, Miss Universe and the Taste Festivals.

Tags: managers / sport-business, sports
At 35 years old against Pacquiao
VIDEO. From “doing magic” with Harry Potter, to fighting in MMA
Inter retakes the top of the Italian soccer League
GOLF 443