Important things happen in the MMA of Catamarca 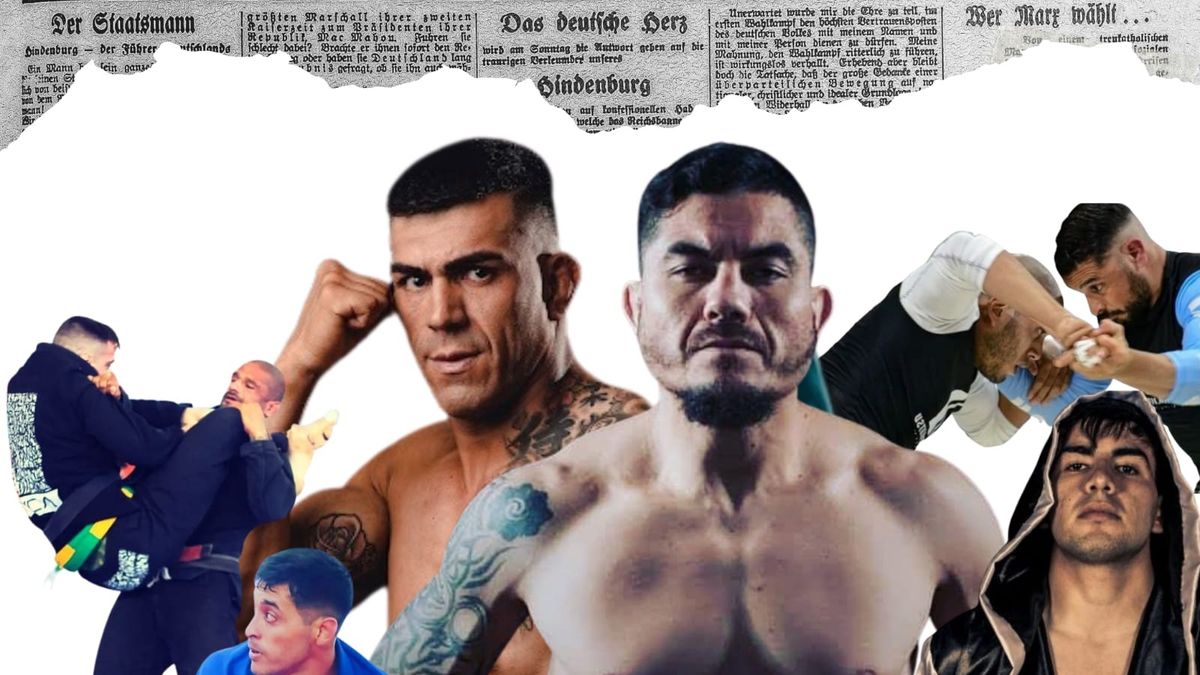 June 15, 2022 - 00:25 With Diego Robledo and Tony Gordillo as champions, professionals with a present of great repercussion, they highlight th

With Diego Robledo and Tony Gordillo as champions, professionals with a present of great repercussion, they highlight the growth of a very strong discipline (or several) in Catamarca.

A couple of weeks ago, “El León” Robledo achieved a spectacular victory on the screen of Channel 9 and managed to reach the semifinal in the CAM (Argentine Circuit of Martial Arts) and became a serious candidate to achieve the belt of Champion of the most popular franchise in Argentina. Screen where Vladimir Segura also debuted and has agreed a new commitment in September.

For his part, Tony Gordillo told us from Mexico that he was signed by the Iridium Sports Agency and on June 24 he will debut in the UWC promoter facing the Mexican Woody Torres and the fight will be televised by streaming UFC Fight Pass, online signal of the largest promoter in the world.

In addition to the professional, there is the sport. Brazilian Jiu Jitsu and Kickboxing athletes stand out in this field. On the BJJ side, Favio Díaz and Juan Pablo Carrara are currently at the forefront of the national ranking among black belts and are dominators of the NOA (both with international projection).

On the professional kickboxing side, Exequiel Carrizo (Dojo La Cueva) is the current NOA Champion, Exequiel Aráoz (Dojo La Cueva) is selected to participate in the WAKN World Championship in Rome (Italy) as an amateur fighter in October, hand in hand of sensei César Aguirre. Nadia Cabrera and Misael Barrionuevo, from Ramón Arévalo’s Fight Club, another MMA worker who promotes his fighters throughout the country, also stand out in MMA.

Likewise, BJJ Combat is emerging, a variant of jiu jitsu that allows palm strikes when one of the athletes is on the ground and Pablo Llampa from Catamarca was on his first national billboard.

These achievements speak for themselves, but behind them, there is a long and sacrificed silent work and in most cases without any type of support, other than that carried out by their family and friends.

Even so, these athletes work for their goals, while making another contribution: while they prepare, they train their students and infect new practitioners in their presentations, who in recent years have generated notable growth in the Dojos and Academies of the province (Recreo, El Rodeo, Andalgalá, Tinogasta, Capital, Valle Viejo, are among the best known or most active).

More and more women and children are coming in search of physical conditioning, self-defense and end up falling in love with the sport, which is reflected in the growth of enrollment in gyms and events.

This small panorama – surely there are no protagonists – allows us to warn that at a global level MMA – experts assure – is the sport with the greatest growth in the last 25 years at the hands of the UFC and at a local level, we cannot make statistical assertions but it is notorious, that our athletes have been working hard and their results are making noise all over the world.

Good harvest of MMA fighters in Brazil – Polideportivo
MMA: Amosov recovers his world champion belt from the rubble of his bombed-out house
VIDEO: KO for vomit! Unusual end of fight in MMA
UFC/MMA 937

Loading...
Newer Post
With Chileans: soccer stars will participate in The Beautiful Game by R10 & RC3
Older Post
Applause for Mickelson does not return normality to golf