Impressive: this is how an F1 circuit was built in record time 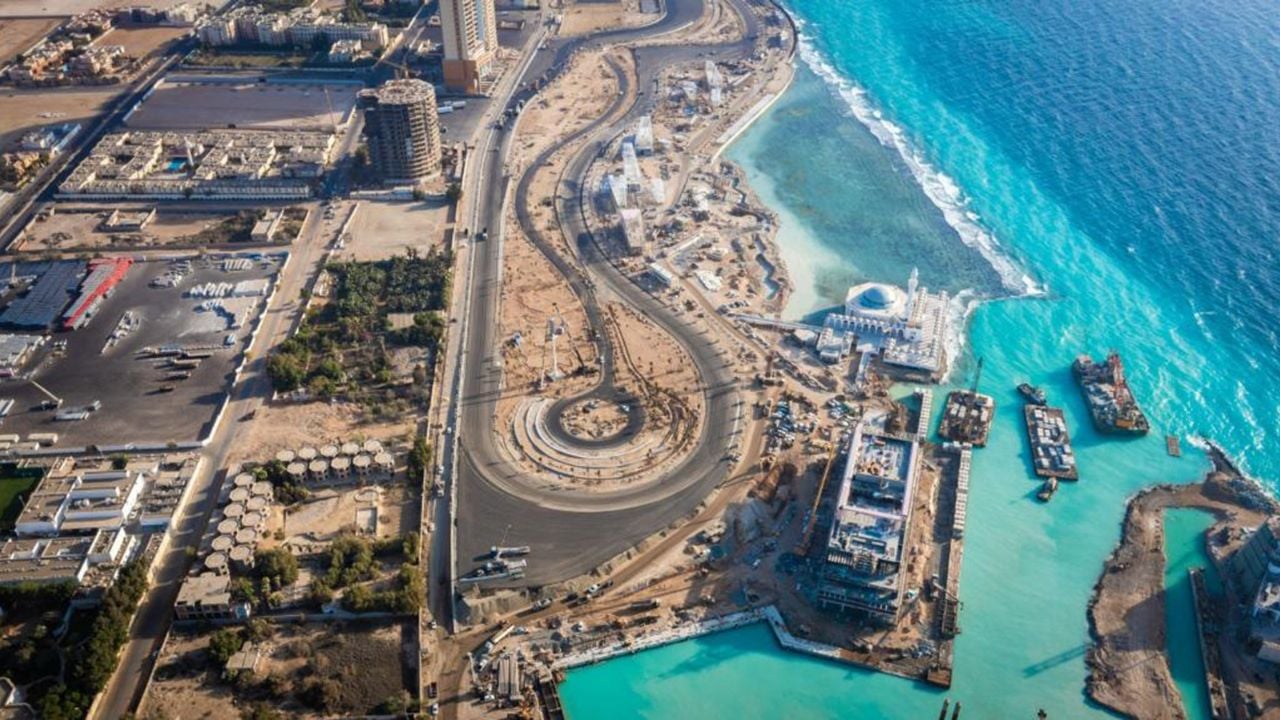 The Formula 1 prepares for what will be the last two races of the championship more even in recent years: just eight points separate Max verstappe

The Formula 1 prepares for what will be the last two races of the championship more even in recent years: just eight points separate Max verstappen (Red Bull) of the seven-time champion Lewis hamilton (Mercedes) in the drivers ‘world championship, while the German team has a five-point advantage over the Austrian team in the constructors’ world championship.

One of those two races will be the Saudi Arabian Grand Prix, in the city of Yeda. A Grand Prix that was in danger of not being held for a simple reason: the circuit had to be built in Record time, as F1 announced in November last year that the race would be held from December 3-5, 2021.

The person in charge of carrying out this feat (or at least attempting it) was the German architectural firm Tilke. Tilke He is not an alien name in the world of the highest category of motor sport, since he was in charge of building numerous circuits from scratch such as Sepang (Malaysia), Yas Marina in Abu Dhabi and the so-called Circuit of the Americas, in Austin, Texas.

This German company is run by Hermann Tilke (founder) and Carsten, his son. Despite the experience in the field, the challenge was great: “The Bahrain circuit was built in 16 months. The one in Abu Dhabi, at 18. We built the one in Thailand in 12 months. Tilke has quite an exceptional experience in the rapid construction of circuits ”, said a few weeks ago Mark Hughes, director of the MRK 1 company, which participates with Tilke in the construction.

On how quickly the circuit had to be built, Carsten Tilke He said, “It was a job really monstrous. For the whole project we had less than a year and we started to build the circuit in April. In the past we have developed large circuits of Formula 1, but never in such a short time. This is really a new world record for us. So we are excited to see everything come to life in two weeks. “

The race will be at night in Saudi Arabia

The main difficulty presented by this project was the need to make absolutely everything from scratch: “We had to build most of the streets ourselves and we had to install a complete drainage system, which meant that we had to raise the entire track by a meter and a half, so there was a lot of engineering work behind it”, told one of the directors of the German company. In addition, he added that they had to build the front of some buildings that surround the circuit, but assured that it will be “a beautiful setting.”

Tilke he was very enthusiastic about the beauty around the track: “The Corniche is a very beautiful place, right next to the Red Sea. It will create a great atmosphere with the circuit right next to it.” 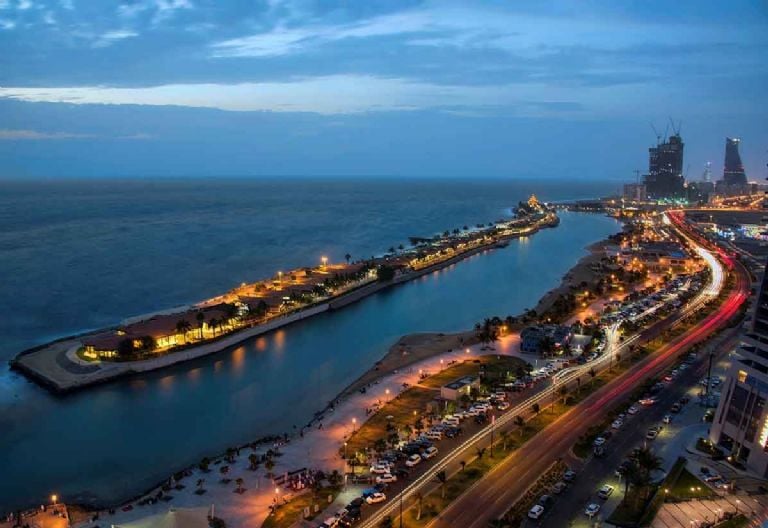 The shores of the Red Sea

The result of the works? An urban circuit with 27 curves, located on the Jeddah Corniche (a coastal resort on the shores of the Red Sea), named “the fastest street circuit in the world”:” It is not a normal urban circuit, “he said. Tilke. “A part of the circuit goes along a lagoon, so you have water on both sides of the track. Cars travel through water, so to speak, and it’s something we’ve introduced here, ”he added.

The track is 6174 kilometers long and, as mentioned before, has 27 curves, which makes the Jeddah circuit where more curves has throughout the 2021 calendar. On the other hand, the average speed of the cars will be 250 km / h; This means that only Monza, the renowned “Temple of Speed”, has an average speed greater than that of the Saudi circuit. In addition, the circuit will have three zones where the pilots will be able to activate the DRS.

Tilke He also spoke about the speed that will be reached in this circuit: “The circuit is really very fast and I would very much like to hear the first reaction from the drivers when they come back from their first laps. ” 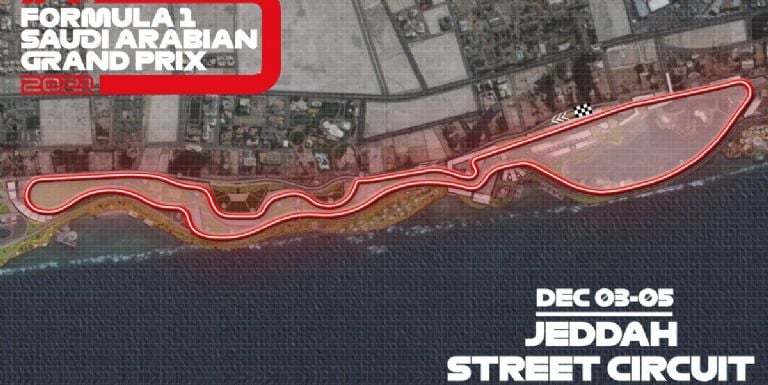 The fastest street circuit in the world, in the city of Jeddah

One of the characteristics of this track is that it is very narrow. When asked about the possibility of few overtaking in the race, Tilke replied: “We are working closely with the Formula 1, with Ross Brawn’s team who also conducted initial studies on the circuit and initial layout. They did a lot of simulations using their own model. Hopefully it works, because they expect the track to lend itself to overtaking ”.

What seemed impossible before, is now a reality: the circuit of Saudi Arabia is ready to be the scene of one of the last battles of this exciting year of Formula 1. Mind you, fans are hoping that the December 5 race will be more fun and have more action than what they saw in Qatar last weekend, where Hamilton paraded almost without disheveled around the Lusail circuit.

Loading...
Newer Post
NBA: Hallucinate with the video of the best moments of Luka Doncic in the NBA
Older Post
MotoGP will use 100% sustainable fuels by 2027