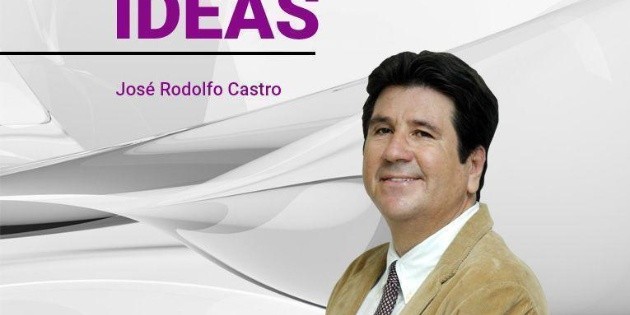 This 2022 marks fifteen years since the appearance of the most recent group of captivating boxers from Guadalajara, Saúl “Canelo” Á

They were spectacular exhibitions in the local arenas, the Jalisco public expert is not mistaken, he registered historical box offices in the buildings of the University of Guadalajara. Witness the video of the fight, “Canelo” Álvarez-Francisco “Paco” Villanueva, held in 2008 at the U de G Olympic Coliseum, published on the internet by journalist Raúl de la Cruz.

With the chemistry for idols, the enthusiasm of the local fan, propelled them to the high international rankings and to the dispute of world championships, a list of what Jalisco has traditionally been, an international power, to which the calculating Miguel “Títere” was added. ” Vázquez, and the performance at the Palenque Zapopum facilities on Calle 2 of the University of Guadalajara, in which the seven Álvarez brothers participated for the Guinness Record, Rigoberto “Español”, Ramón “Inocente”, Ricardo “Dinamita”, Gonzalo “León”, Daniel “Conde”, Víctor “Matador”, and Saúl “Canelo”, who that night faced, precisely, with “Títere” Vázquez.

There were around three years of boxing performances, seasons in which billboards were set up every fifteen days, yet another proof that the hotbed of boxers from Guadalajara is inexhaustible.

A decade and a half has passed and no group has emerged, not a boxer with drag, who returns to the public on the stages of Guadalajara.

In 2016, Ronaldo “Ronny” Ruelas, grandson of Salvador Martínez Carrillo “Güero Papero” appeared; David “Rino” Alegría, for example, who were beginning to captivate the fans, unfortunately, those who directed their incipient trajectories, faced them against opponents with whom they could not compete, received defeats that end with runs.

The Code, Jalisco, and the company Box Star Promotions, announced the first billboard of 2022, which will be held today in the ring installed in the Code on Alcalde Avenue. Johan Álvarez, the nephew of Saúl “Canelo” Álvarez, who has been followed by the luminous lamps of the sheds since his debut in 2021 at the Jalisco Stadium, was the backing for the exhibition of the giant Julio César Chávez.

The name of Cristian “Chispa” Medina is published on the billboard, and on whom many eyes are focused, the local public could choose him as the new spearhead of Guadalajara boxing, perhaps make him an idol, promote him to the world championship… And that’s where I’ll be peeking.