“In Barcelona they are worried about Madrid…” 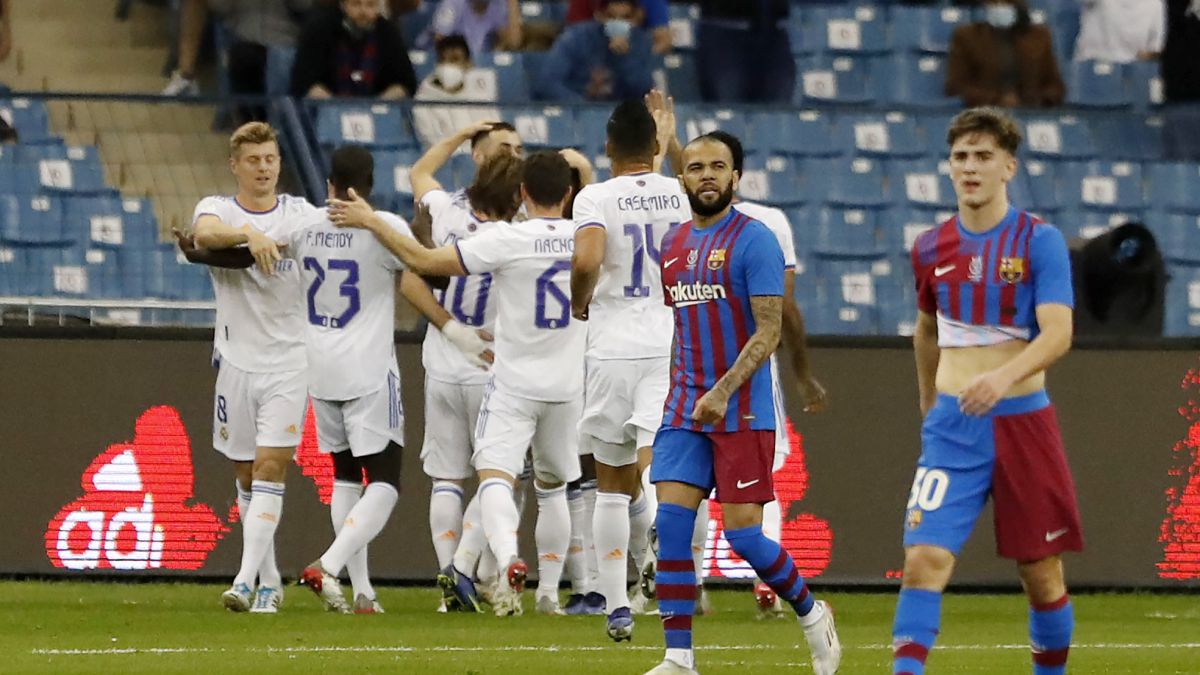 Real Madrid won this Sunday in the Spanish Super Cup. The Whites completed an excellent tournament showing their good form and left Barcelona and

Real Madrid won this Sunday in the Spanish Super Cup. The Whites completed an excellent tournament showing their good form and left Barcelona and Athletic behind to take the cup home from Saudi Arabia, the tournament venue.

Real Madrid made clear the reasons for its leadership in the LaLiga Santander table. The whites showed success up front and solidity behind, although Barcelona managed to force extra time with a 2-2 draw thanks to Luuk de Jong’s luck in the first goal and Ansu Fati’s successful shot in the second.

In the Sanhedrin of Carrusel Deportivo, the keys to the new Spanish super champion were revealed. “Not even the most optimistic of the madridistas could expect the Alaba-Militao couple to be so solid”, assured Romero about the Austrian and the Brazilian who this Sunday defended the white goal. Militao would end up being sent off after causing a penalty that Raúl García missed due to a great save by Courtois.

Between the three of them, they kept the goal to zero in the end and for Jesús Gallego, precisely, they are facilitating the transition after a legendary couple behind them such as Sergio Ramos and Varane, now at PSG and Manchester United respectively. “Militao is a player who needed to play, and Alaba is a guaranteed signing. Madrid have made the transition well, although that does not mean that they have forgotten Ramos and Varane,” he explained.

From Barcelona, ​​Jordi Martí and Lluis Flaquer also analyzed Barça’s eternal rival and shed light on what the white team looks like. “Yes there is concern in Barcelona about the solidity of Real Madrid, there are players who are in great form. The only thing that leaves me in doubt is gasoline,” said the former.

Flaquer, for his part, saw ‘green shoots at Barcelona, ​​but believes that he is still far from the whites. “Barça was superior to Madrid in some moments of the semifinal, but if you look away from the game you see that it is very far away. Barça is coming back and after Arabia they have no excuses if they take a step back,” he said.