In Sudamericano de Golf, Chilean Lukas Roessler is the leader of the men’s classification after the second day; Ecuadorian Philippe Thorin is second | Other Sports | sports 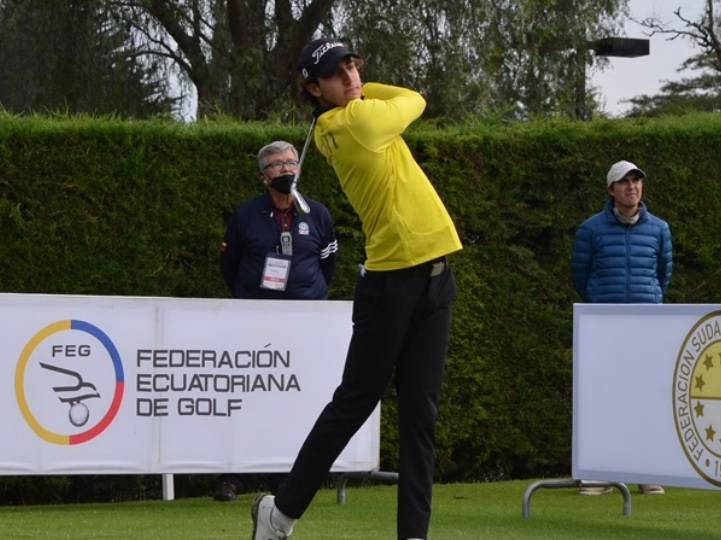 In the ladies’ competition, Colombian María Marín leads the series with 139 strokes.

The Chilean Lukas Roessler, with 139 strokes, is the leader of the classification in the men’s competition held on the second day of the South American Youth Golf Championship Ecuador 2021; while the Ecuadorian Philippe Thorin is second, with 140 strokes.

Thorin, 17, also occupies – along with Renato Naula – the second position in the team competition with a total of 290 strokes, detailed the Ecuadorian Federation of this sport.

For their part, Isabella Yu Lee and Philippe Thorin settle in third place in the youth category classification by mixed teams, with 288 strokes.

In the women’s event, Colombian María Marín leads the series with 139 strokes.

In the junior series, the Paraguayan Erich Fortlage is the one who heads the classification with 140 strokes.

Meanwhile, in the ladies’ competition, the Argentine Magdalena Domine is the leader of the classification with 145 strokes and the Ecuadorian Avelina Ordóñez finished in fifth place, with 155.

The Ecuadorians Avelina Ordóñez and Amalia Ortega have 319 strokes to finish fifth in the team competition, a location that they also repeat in the mixed team event, with 305.

The teams from Argentina, Bolivia, Brazil, Chile, Colombia, Ecuador, Paraguay, Peru, Uruguay and Venezuela compete in the South American tournament, in the junior and youth categories, on the Arrayanes Country Club field. (D)

Bad Bunny will celebrate his first charity golf tournament
Golf: La Lucila is one of the finalists in the 4 Zones tournament
The craziest hole-in-one: as a prize, a Lamborghini
GOLF 307