in that order” to promote a new academy 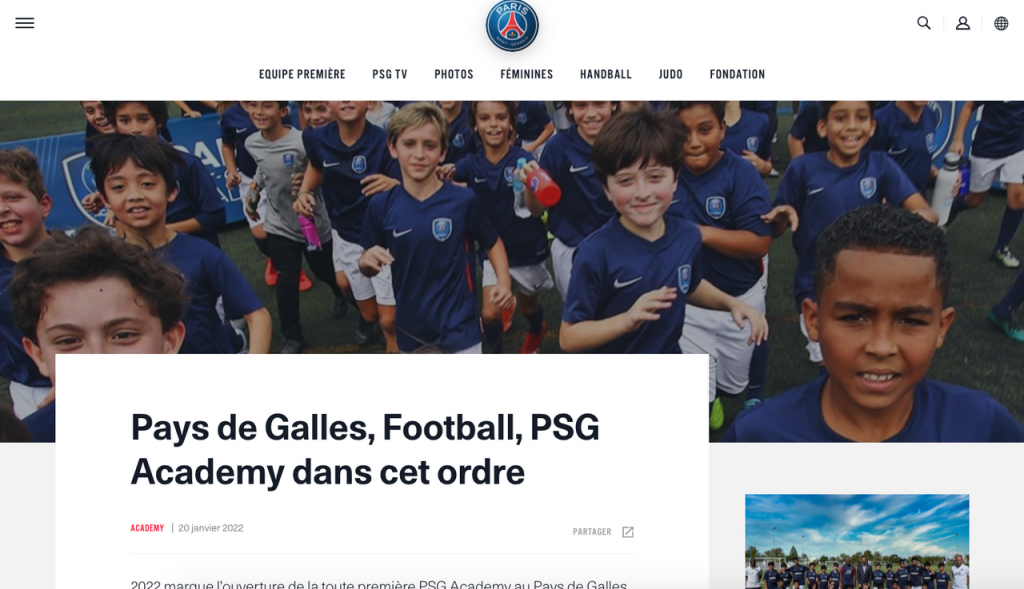 The PSG-Real Madrid, which is just around the corner, is starting to heat up. In an innocent way, the Parisian team used that con

The PSG-Real Madrid, which is just around the corner, is starting to heat up. In an innocent way, the Parisian team used that controversial Gareth Bale banner to promote on your website the opening of a new academy in wales.

The title chosen for the publication, “Wales, football, PSG academy: in that order“He recalled the controversial banner with which they photographed Gareth Bale (Wales, golf, Real Madrid: in that order) after achieving the pass to the last European Championship, a message that left Real Madrid in a very bad place and that caused quite a stir in the Spanish capital.

Surely the French team just tried to be original to announce the creation of the new school, which will open in 2022 for all children from eight to 15 years of age in the British country. However, the allusion to that controversial banner It hasn’t gone down very well in Madrid.

PSG and Real Madrid will open the knockout round of the Champions League next February 15 at the Parc des Princes and the match is expected to heat up even more from here on out.