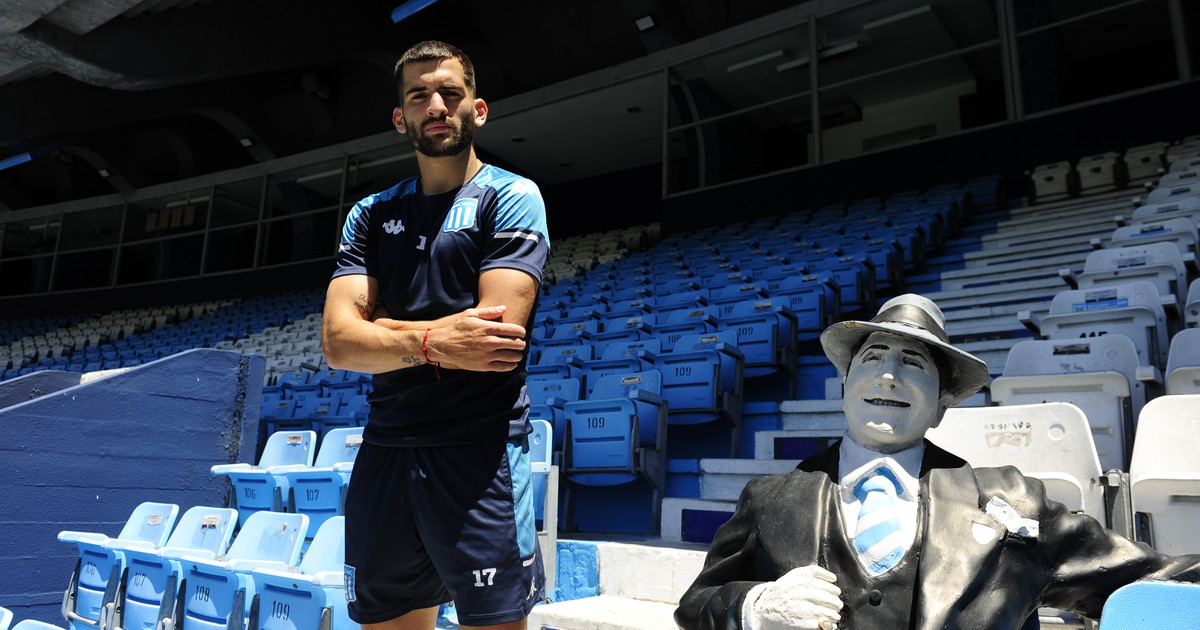 Like life, football often has mysterious turns. Mom Jacqueline was tired of her son breaking the kitchen and the living room of the house with th

Like life, football often has mysterious turns. Mom Jacqueline was tired of her son breaking the kitchen and the living room of the house with the ball. A clarification: the baby and the ball were one 24 hours a day. benja.he was 5 years old when he was taken, almost dragged, to the Villa Real de Versailles club. There he would have space to play and the home would appreciate it. The boy soon stood out with his left foot and a couple of months later he would start playing in Vélez. Everything ran along the normal lanes.

But everything stopped a decade later: Benjamín Garré, the grandson of the Wizard Oscar, world champion in Mexico 1986, they tempted him to play for Manchester City in England. The negotiation was closed in a fleeting way and it was Emiliano’s father who warned him. “Everything is arranged. Now go talk to your mother and try to convince her. She doesn’t want to know anything about you leaving,” he told her. Yes, what a paradox. Jacqueline, the same one who had introduced him to soccer to “get him out” of the house, now didn’t want the baby to leave. “I confronted her and explained that I was convinced of what I was going to do. And she, as always, supported me. I will always be grateful to my parents and family. Imagine that I left when I was 15 years old. It was not an easy situation for them”, explained Benjamín Garré to Clarion.

-How much did your mother cry in that talk?

-In the talk he did not cry, beyond that he was sad. I explained to him that going to a club like Manchester was my dream and he understood me; she just asked me to finish high school. The topic was later: she was crying every night for three months. My old man told me that. For this reason, for all that sacrifice of mine and my family, I strive every day to be professional. I am focused and my goal is to play until I am 40 years old.

Thus, at the age of 15, Benjamin went to England alone. Actually, he traveled with his father, but he returned to Argentina the same day he arrived in the United Kingdom because that afternoon the junior preseason began. “We arrived at the pension, he gave me a hug and returned to the country,” says the 21-year-old left-hander, who returned to practice after overcoming Covid without problems.

-Were the first few months hard?

-Yes, although I was very sure of what I was doing. On top of that, I didn’t speak a word of English and the first year I couldn’t play because of a role problem with Vélez. That is to say, he trained alongside the group and on weekends he watched them from the stands. It was difficult. But I think that this whole situation made me mature suddenly.

-Did you share the front with Jadon Sancho and Phil Foden?

-Yes, we are all three category 2000. In the Reserve I also shared a team with Ian Poveda, Jack Harrison, Brahim Díaz, Eric García, Lukas Nmecha. There were spectacular players. Likewise, we never understood when Sancho went to Borussia Dortmund: he broke everything. I remember that they began to put me in his place.

It was not Garré’s turn to make his official debut at City, but he was able to make two pre-seasons under the orders of Pep Guardiola. It was the Catalan coach himself who advised him to look for minutes elsewhere. And then Racing appeared, paying $2,500,000 for 75 percent of his pass. “Racing was presented to me as a great opportunity and also as a risk, because I knew that it would be difficult for me to adapt to the country again. But I always had the dream of debuting and playing in a great Argentine soccer team. And I was able to achieve it against Newell’s (NCR: February 28, 2020) I still remember the moment and it is difficult for me to put into words what the atmosphere of the Cylinder that night”, assures the winger who has scored 2 goals in 25 games (7 starts) in the Academy.

Garré broke into Racing in a big way that night against the Rosario team. He was figure in a few minutes. But when he started to gain a foothold, he lashed out at the Covid pandemic. There were months of inactivity until soccer was reactivated with the Copa Libertadores. And again the left winger stood out, although he quickly suffered a treacherous injury. “It has been difficult for me to find continuity for different reasons. I had some opportunities and I knew how to take advantage of them. Now I am in an important stage of maturation, and I am working to be prepared. Racing is a very big club and the competition is healthy and very high. Yes You’re not 100, you don’t play. It’s like that. That’s good because it demands you on a day-to-day basis,” he analyzes Benja./em>. 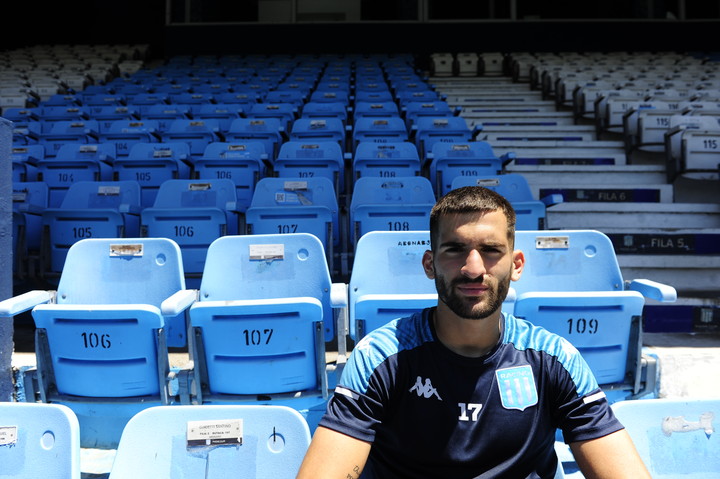 -I had surgery for something that did not seem so serious and I was more than 7 months without playing. He had a strained knee ligament and recovery times were slow because it was such a rare injury. All that process left me teachings from the physical and the mental. Now I seek to enjoy every moment and learn. Sometimes when I have a bad practice, I come home and I remember when I was standing.

-How does it feel not to be in the starting team?

-All the players train to play as a starter, it’s the reality. But with time and some words from Pillud, Darío Cvitanich and Licha I understood that not everything depends on one and that there is a coach who chooses those who go out on the field. There is no need to complain about that and work full time during the week. Training in the middle is not good for one or for the group. I know that sometimes it will touch me and others not, but I have to be on alert. With Claudio Ubeda I had to play after 6 games without entering and I was not prepared. Opportunity appears when you least expect it. In addition, in today’s football you can make a difference by entering 15 minutes.

-But can a player be prepared to play alone for that time?

-I return to the same thing: we all want to play as a starter. I train to be. But there is a coach and a strategy. And out there you are valuable entering the last 20 minutes. My best moments in Racing were coming off the bench. It is not easy to make the footballer understand that he can be decisive playing little. There are several cases. Juanfer Quintero many times entered the second half in River. Ramiro Enrique usually gets into Banfield very well and Luca Orellano in Vélez. Around there when you are younger you always want to play and you do not give importance to the quality of the minutes. I used to train well during the week and get down because I didn’t play on Sunday. Or have a good income one Sunday and not be a starter the other. But hey, I realized all of that over time.

-Did the squad renew its energies with the arrival of Fernando Gago?

Yes, it is something that commonly happens. Both Fernando and his coaching staff are very diligent and have a clear message. Now we are the ones who must interpret the message: we are working for that. Personally, I am very focused and excited, wanting to contribute from wherever I touch.

-Finally, is your grandfather, the Magician, usually very critical of you?

-Not at all. Both he and the rest of the family always accompany me, especially in bad times. What my grandfather always says is that the most difficult thing is to support yourself. He also advises me not to stay with what I have achieved and not to get dizzy. And another thing: he emphasizes that you have to be professional all day, both inside and outside the club.

Tags: you can, do, Benjamin
“In Formula 1 you are at the highest level, every hour of work makes a difference”
who is Julius Francis, the former boxer who went viral for knocking out a civilian in England
Boxing: Daniel Aquino started the year with a devastating knockout in Santa Fe
FOOTBALL 2655