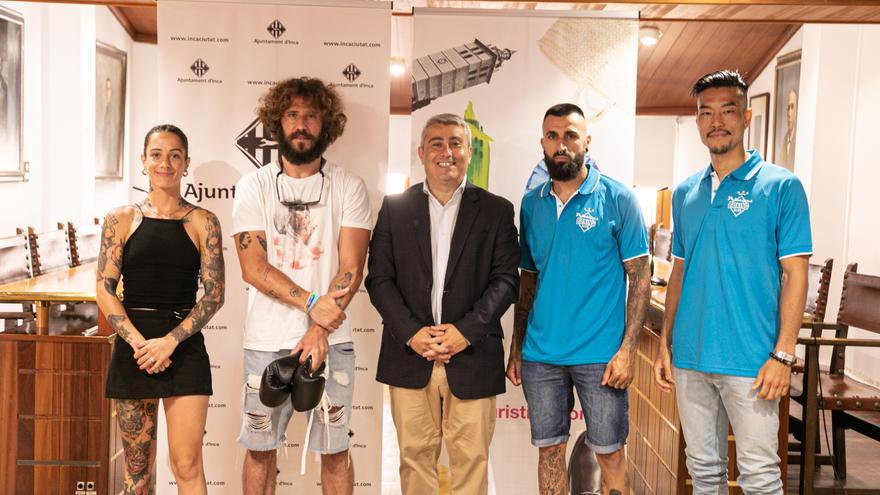 Inca will become this next Saturday, July 23, 2022 in the capital of Balearic boxing, in the epicenter of lovers of the sport of

Inca will become this next Saturday, July 23, 2022 in the capital of Balearic boxing, in the epicenter of lovers of the sport of 16 ropes. The Mateu Cañellas municipal sports center will host the ‘II Inca Boxing Night 2022’, one of the largest events of this sport on the island. A magical night that will highlight the professional debut of the boxer Cristina Navarro, of the Palma Motorcity squad.

This Thursday, the mayor of Inca, Virgilio Moreno; the sports councilor Antoni Peña and several directors of the Balearic Boxing Federation officially presented the ‘II Inca Boxing Night 2022’. The event was held in the plenary hall of the Ajuntament d’Inca and featured professional boxers that make up the poster: Cristina Navarro, Taihei Sato and Jon ‘Tornado’ Martinez. During the event, Moreno was presented with professional gloves with which the champion José del Río ‘El Niño’ won the last Spanish Championship.

One of the proper names of this evening will be that of Taihei Satō (Palma, 1990), a Majorcan boxer of Japanese origin who will debut in Spain as a professional and within the super lightweight. At 31 years old, Sato already knows what it is to win in this field, although he did it on Japanese soil, in 2020 and by KO. Now, he seeks to take a step forward in his sports career. Jon Martinezone of the fighters more brave and charismatic from Mallorca, will look for a new victory that will bring him closer to the dispute of the Spanish Super Featherweight Championship.

Tags: will convert, boxing, capital
Boxing Announces Changes After Being Left Out Of Olympic Program | sports
“There is Canelo for everyone” | BRAND Usa
The executive director of the Boxing Commission dies
BOXING 3633

Loading...
Newer Post
Max Verstappen, on the controversial track limits in F1: “We can agree on something more flexible”
Older Post
Rick and Morty and Adidas present the coolest soccer shoes of the moment