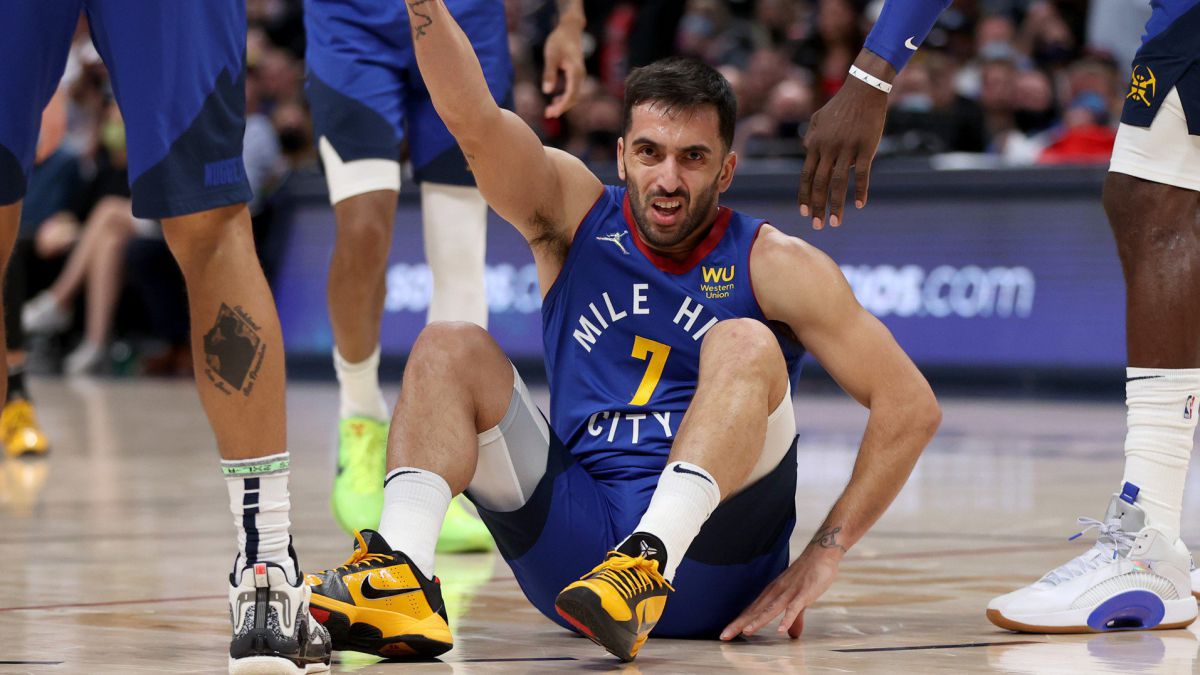 Trouble continues in Denver. They get worse, rather. That the injury of Jamal Murray, their second most important player, ruined last season, in

Trouble continues in Denver. They get worse, rather. That the injury of Jamal Murray, their second most important player, ruined last season, in which they had the MVP and had made a strong bet with the transfer to get Aaron Gordon, did not presage that the next season would be, in matters of injuries, even worse. In frame, absolutely, to face the demanding winter season. And we will see how much it extends.

The start of 2020/21 cost them a lot who knows why. There were too many defeats. It was not a slab because in the end they fell in good position, they faced the Blazers and passed the first round, always mandatory for a team with those claims. In 2021/22 they have started better, overcoming the first doubts with a 9-4 that has now become 9-9 after five falls.

It was not by chance, of course. To the usual physical problems of Barton, that every year has a small mishap, the star has joined during this fateful round Jokic, with wrist discomfort, and the novice Hyland, who had to come out of his last game with an orthopedic boot. The first was already at the level of last season and the second was being a sensation coming off the bench. To them we must add a player who has already been confirmed to be out for the entire season, Dozier (rupture of the anterior cruciate ligament), and another that can be it for a long time as well, Porter (pinching in the back). Still missing for Murray get back into contact training and eventually get back on the slopes. It’s too much.

The team led by Mike Malone, which has never had the unanimity of public opinion regarding its performance, has fallen a lot in the rankings and, despite the fact that there are now ten places and not eight those who fight in qualifying rounds, then it is difficult to come back if you fall too much in the first months. And in the case of these Nuggets it is also worrying that they have not found a balance.

There is always someone who can take advantage of these situations without evil. That’s what they are for. Nnaji can have more minutes; Bol has released good flashes when he has been, now he will gain presence; JaMychal Green has moved into the starting lineup while he’s in the final year of his contract, he has a player option but he can play his tricks better with opportunities like this. And also Campazzo, who was out of the rotation to now be important as a substitute outside. Their numbers so far make clear their decline in the roster of the squad. Play 5 minutes less on average than last season, in which He started 19 of the last 22 games of the regular season and in all but one of the playoffs. This year he has not yet been part of the starting quintet. However, these injuries have caused the four games in which he has spent more than 20 minutes on the court have all been in the last two weeks. Campazzo ends his contract in the summer and as the season was going until not long ago, with very little prominence, it would have complicated his continuity in the NBA a lot.

Denver looks at the infirmary with great urgency and knowing that some teams that are underneath, such as the Kings, the Spurs or the Pelicans, can still improve.